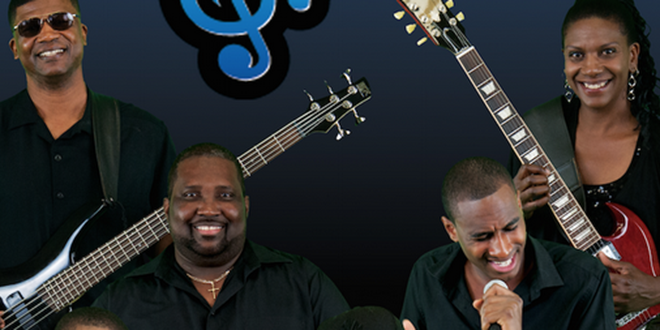 Music for the Soul

Tony Baird is a military service veteran and an entrepreneur. He owns Tony Baird Electronics, Inc. The company provides audio-visual and Internet technology solutions for defense, transportation and medical companies.

He is also a musician. Tony plays bass for a local band called Blowin’ in the Wind (BITW).

BITW has a concert coming up in downtown Syracuse Friday, Dec. 5. The concert will take place in the main auditorium of the Landmark Theatre and will begin at 7 p.m. The doors open at 6 p.m. with a reception and vendors. 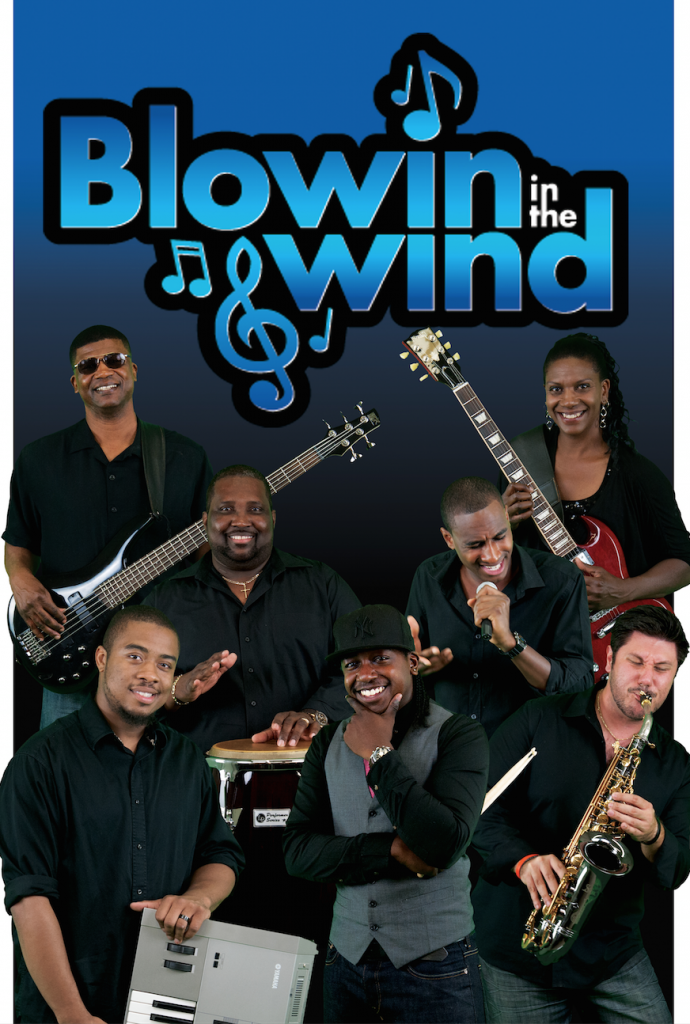 I asked Tony to tell me a little bit more about BITW and the upcoming concert, but he was a little reticent to provide me with much information. I sensed him to be a “stay in my lane” kind of guy. He referred me to his sister Kathy.

Kathy Blackwell is the guitarist and leader of the band. Her son Eric Blackwell II is the lead singer.

Originally from Utica, Kathy grew up in Syracuse and went to high school in Central Square. There she learned to play the trumpet and baritone but has always held guitar as her first love. After high school, she moved to Rochester for college. While in college, her older brother Tony would sometimes call on her to play guitar for him at his shows.

After college, Kathy connected with Frank Spaights. Frank is the percussionist with Blowin’ in the Wind. Years ago, Frank used to hang around with a band called The Meditations. Kathy would often jam with them back in those days.

I asked Kathy how she felt being a female guitarist in a male-dominated industry, and whether she felt that it made her band unique.

“I don’t look at myself as a ‘female guitarist,’” she said. “People come up to me and say you’re not faking it; you’re really playing. I appreciate the compliments, and I understand where they’re coming from, but music has always been in me. There are a lot of other women who are good musicians.” 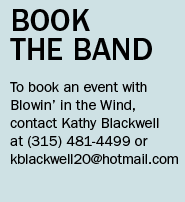 Deyquan Bowens Sr., the group’s keyboardist, said he was looking forward to performing the event for that reason. He likes the idea of using his talents to help others. Concertgoers will experience great music, he said, with the money raised going to “help kids that are going through some struggles with various illnesses.”

The Dec. 5 concert is being produced as a fundraiser for Charity for Children. The charity was co-founded in 2004 by Kathleen Miller-Murphy and Nina Albino.

According to the charity’s website, it was started because of the need to help children with both chronic and terminal diseases right here in Central New York.

When speaking with Tony, I was able to get one explanation from him: “The band has the whole package,” he said, describing the concert as “a nice light show and full sound system.”

Blowin’ in the Wind planned to perform a blend of cover and original songs written by various members of the group.

One of their signature originals is “All This Love,” sung by Eric Blackwell II. Rounding out the band are Al Cutri on tenor sax and Billy Harrison on drums. 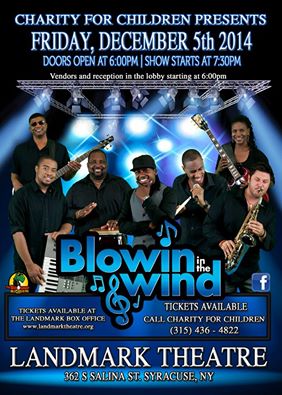