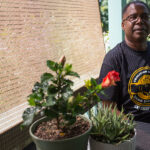 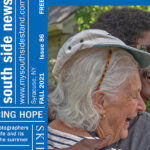 The Fall 2021 edition features 10 pages of photos from community photographers taken either during one of five of our Summer Photo Walks or images entered into our Summer Photo Contest. The cover features photography by Lisa Salisbury Hackley taken on July 24 of Southwest Photo Walk participant Nancy Stewart as she dances with a passerby playing music from his ... END_OF_DOCUMENT_TOKEN_TO_BE_REPLACED 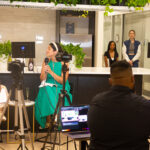 By Darian Stevenson A curated women’s clothing and accessories shop celebrated its one-year anniversary last month at Commonspace. Ecodessa, created to bring sustainable fashion brands from around the world to downtown Syracuse, holds a monthly Sip and Shop event as an opportunity for shoppers to have a cocktail and see its latest collections. For its anniversary, Ecodessa added a twist: ... END_OF_DOCUMENT_TOKEN_TO_BE_REPLACED

September 3, 2021 Comments Off on Housing Insecurity 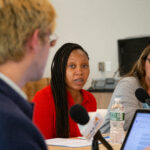 Local experts discuss the pandemic’s impact on housing and what’s to come By Eddie VelazquezSyracuse residents struggling to find fair and stable housing conditions have only seen those challenges magnify in the last year, according to local housing organization leaders and community advocates. These hardships merit immediate action, they say, before a significant number of city renters are met with ... END_OF_DOCUMENT_TOKEN_TO_BE_REPLACED 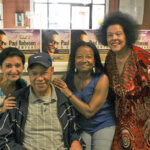 By Gabriel Veiga When asked from where she got her Ph.D., poet, playwright and activist Jackie Warren-Moore responded with “I Ph didn’t.”  Rachel Guido deVries, also a poet and longtime friend of Warren-Moore, with whom she performed many shows, explained that that was exactly who Warren-Moore was. “That was her response,” Guido deVries said. “She wasn’t defined by anything other ... END_OF_DOCUMENT_TOKEN_TO_BE_REPLACED

September 2, 2021 Comments Off on Letter to the Editor 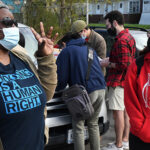 This weekend, the Party for Socialism and Liberation, alongside the Democratic Socialists of America, took our fight for housing justice to the New York State Fair, protesting the corporate-led attacks against the right to housing — brought to a recent head by the Supreme Court’s decision to end eviction moratoriums. This decision, made to appease corporate real estate lobbies, brought ... END_OF_DOCUMENT_TOKEN_TO_BE_REPLACED

Parents Raise Concerns Over Guidelines to Return to School

September 1, 2021 Comments Off on Parents Raise Concerns Over Guidelines to Return to School 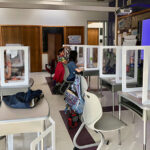 By Natalia Perez-Gonzalez Central New York parents are sending their kids to begin a third pandemic school year, this time with different challenges and insecurities than the last.  Syracuse schools are set to start Sept. 8 for students in Pre-K through 10th grade and Sept. 9 for students in 11th and 12th grades. The Syracuse Academy of Science Charter School ... END_OF_DOCUMENT_TOKEN_TO_BE_REPLACED

August 20, 2021 Comments Off on Residents Make Concerns Heard at I-81 Public Hearings 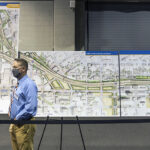 By Eddie Velazquez Close to two dozen residents of Syracuse and its suburbs spoke in favor of the Community Grid Alternative for the Interstate 81 Viaduct replacement project in Syracuse at a public hearing set up by the state Aug. 18. Residents said they support the $1.9 billion project, which is meant to replace part of the aging highway and ... END_OF_DOCUMENT_TOKEN_TO_BE_REPLACED 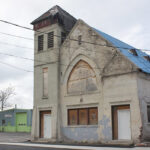 By Gabriel Veiga The National Trust for Historic Preservation awarded a $3 million grant to help preserve Black history, with a portion — $75,000 — going toward a long-awaited plan to revitalize a Syracuse church building on East Fayette Street. The People’s African Methodist Episcopal (A.M.E.) Zion Church will use the funds to update the long vacant property into a ... END_OF_DOCUMENT_TOKEN_TO_BE_REPLACED

United Fight for I-81 Justice 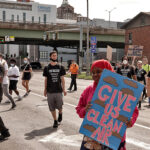 By Michael Garcia More than 100 Syracuse residents stood across from The Oncenter — a week before the New York State Department of Transportation is scheduled to meet there to discuss the future of the I-81 viaduct project. The protestors started their morning at 10 a.m., assembling at STEAM at Dr. King Elementary, and marched to the New York State ... END_OF_DOCUMENT_TOKEN_TO_BE_REPLACED