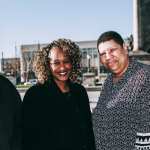 Organizers work to bring headliner act Chanté Moore — R&B, jazz singer Syracuse community members are wrapping up fundraising and finalizing details for the Syracuse Juneteenth Festival, as they expect another record number of people to attend the June 18 event at Clinton Square. Juneteenth is a holiday that honors the announcement of the abolition of slavery in the United ... END_OF_DOCUMENT_TOKEN_TO_BE_REPLACED 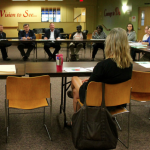 South Side group asks you to be involved in neighborhood’s future Back in 1999, the city of Syracuse established Tomorrow’s Neighborhoods Today, known as TNT, to allow more public input to the elected representatives of city government. Eight Neighborhood Planning Councils were formed that corresponded to the city’s eight planning areas and were named Downtown, West Side, South Side, Valley, East Side, Eastwood, North Side and Lakefront. The ... END_OF_DOCUMENT_TOKEN_TO_BE_REPLACED 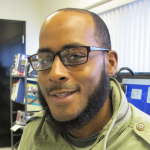 Nominated by John Akins, Fatherhood Community Health Worker Q: What did it feel like when you became a father? A: Exciting. During the pregnancy I was in Oneonta Job Corps., but her labor was induced. There was no crazy call: ‘She’s having her baby, hurry!’ So I had time to be there. I was supportive through the labor, but I ... END_OF_DOCUMENT_TOKEN_TO_BE_REPLACED 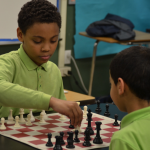 Chess association wins grant to create more clubs, host workshops A Syracuse middle-school teacher plans to use a $2,000 grant to help more people develop mental discipline, emotional resilience and strategic planning — all by playing a 1,500-year-old board game: Chess. Anton Ninno, 64, a computer lab teacher at Southside Academy Charter School and the founder and president of the ... END_OF_DOCUMENT_TOKEN_TO_BE_REPLACED 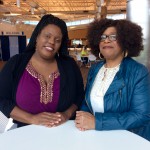 Pair complete OCC programs this Saturday Mother-and-daughter pair Sharon Hill and Toni Jones will be graduating together from Onondaga Community College this semester. Although the two started at different times and never had a class together, they’ll both be receiving associates degrees at OCC’s commencement ceremony this Saturday, May 14. For Hill, 58, receiving her degree comes after multiple occasions ... END_OF_DOCUMENT_TOKEN_TO_BE_REPLACED 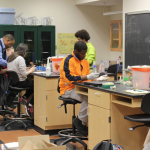 Science program at OCC helps underrepresented students Strides are being made toward increasing the representation of minority groups in the science, technology, engineering and mathematics fields — through Onondaga Community College’s Collegiate Science and Technology Entry Program. Known as CSTEP, the program was established to provide support for individuals from underrepresented groups. It helps more than 100 students each year ... END_OF_DOCUMENT_TOKEN_TO_BE_REPLACED

May 5, 2016 Comments Off on Street Addiction Diagnosed 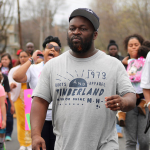 Local ‘groundbreaking’ study reveals allure of streets mirrors other behavioral addictions “The hardest part of my job is hearing the mother’s scream after a homicide.” Those are the words of Timothy “Noble” Jennings-Bey, director of the Trauma Response Team, whose job is to respond to neighborhood killings and provide help to victim’s families. “I’m in the business of trying to ... END_OF_DOCUMENT_TOKEN_TO_BE_REPLACED 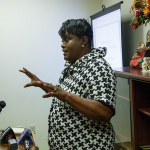