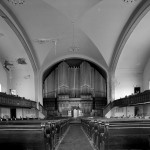 South Presbyterian Church could be getting closer to gaining new use One of Syracuse’s historic church buildings, once a bulwark in its South Side neighborhood, may be a step closer to being sold, renovated and put to a new use, city officials say. The Greater Syracuse Land Bank announced at its monthly meeting in February that it would contract with ... END_OF_DOCUMENT_TOKEN_TO_BE_REPLACED 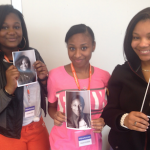 Syracuse city media students explore options for careers in daylong visit to Newhouse Twelve high school juniors in the Media Track at Institute of Technology at Syracuse Central spent a day at the Newhouse School last month to see whether they are Newhouse ready” and to get energized about a future in journalism. Professor Steve Davis, chair of the Department ... END_OF_DOCUMENT_TOKEN_TO_BE_REPLACED

Challenge participants share experiences in their their pledge to live on $97 for a week In an effort to raise awareness about the plight of the working class, Central New York’s Fight for $15 Coalition organized a “minimum wage challenge.” For March 7 through 11, about two dozen people pledged to live on the minimum wage for their daily expenses, ... END_OF_DOCUMENT_TOKEN_TO_BE_REPLACED

March 30, 2016 Comments Off on Q&A with Lawrence Diamond-Walls 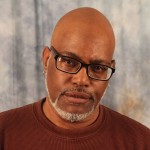 Nominated by Aldrine Ashong-Katai, coordinator for the Healthy Neighbors Partnership with Upstate Q: What did it feel like when you first became a father? A: I didn’t see my first child born. I was 17,000 miles away in another country serving in the Marines. I found out in the middle of an exercise that my daughter was born, and I ... END_OF_DOCUMENT_TOKEN_TO_BE_REPLACED 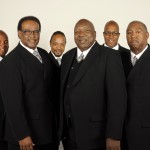 The Bells of Harmony founder is proof that gospel thrives in a changing music world Over the past 50 years, music has gone through a number of innovations in the way it is written, recorded, distributed and heard. It has held up through a time when musicians would all gather together to record in a single room to a time ... END_OF_DOCUMENT_TOKEN_TO_BE_REPLACED 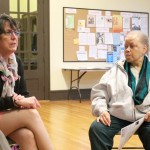 In our upcoming April print issue, Kayli Thompson reports on our cover story on the CUSE DIVAS, a competitive dance squad. Staff reporter Ashley McBride followed along as Fight for $15 supporters pledged to live on minimum wage for a week. Ryan Raigrodski reports on how a historic church may soon become listed on the National Register of Historic Places, ... END_OF_DOCUMENT_TOKEN_TO_BE_REPLACED 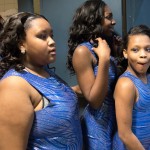 Majorette squad CUSE DIVAS leads dancers to exceed Outside the studio — where black curtains are drawn over the windows and the sounds of music and talking are muffled — one might not guess there are members of a hard-working majorette dance team inside, pushing themselves. Girls ages 5 to 18 are doing crunches and push-ups, warming up for their ... END_OF_DOCUMENT_TOKEN_TO_BE_REPLACED 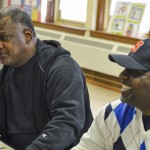 Young Females Encouraged to ‘Rise’ Above

March 28, 2016 Comments Off on Young Females Encouraged to ‘Rise’ Above 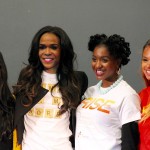