As a child, Jon Speed was in awe of his uncle’s book collection. 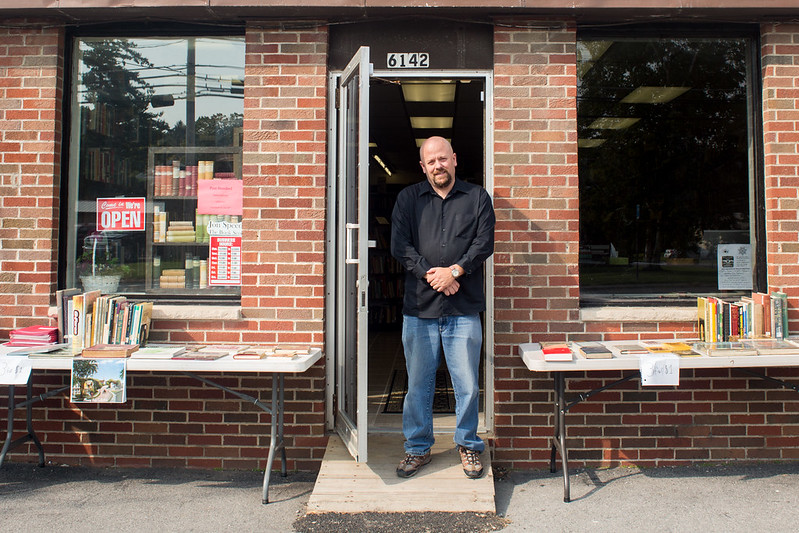 His uncle was an antiquarian book dealer near Buffalo. “He was old school. He did his business right out of his house,” Speed said.

As Speed grew older, his love for books and admiration of his uncle’s passion did not fade. And, so, 20 years ago, when Speed bought his first rare book, David Livingstone’s “Missionary Travels and Researches in South Africa,” he showed it to his uncle to confirm its value and authenticity. From there, Speed began operating his business, Jon Speed: The Book Scout.

“Book scouts were people who would go to garage sales and other used book stores and cherry-pick,” Speed explained. “I named the business that because it’s how I got started.” 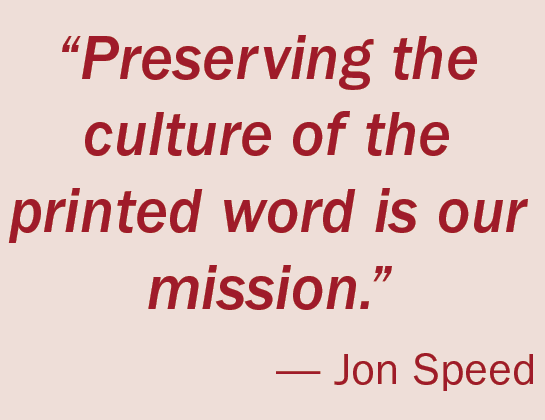 Speed entered the industry just as the Internet began to transform the rare book trade, which previously operated using physical catalog systems. His collection progressively grew. Speed ran a shop in Narrowsburg, a small town in southern New York, but the market was not big enough to support the business, he said.

Speed took a few years off from the antiquarian book trade and ultimately moved to Texas with his family. Speed, who is a pastor, moved to Syracuse to start Christ is King Baptist Church on the South Side.

On Sept. 9, Jon Speed: The Book Scout got a new permanent space when Speed and his family moved more than 15,000 books into their new shop. Speed had noticed the space when it was a thrift shop. When the thrift shop was gone, he approached the landlord, who was supportive and enthusiastic about Speed’s vision.

Speed, who lives on Valley Drive, was passionate about opening a rare bookstore on the South Side. 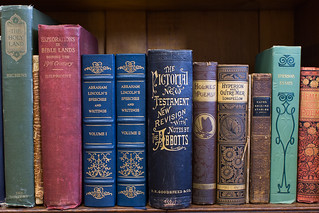 Some rare books sell for more than $4,000. But you’ll also find books priced at three for $1. | Jennifer Swanson, Staff Photo

“People coming in from the local neighborhood are excited,” he said. “I’m enjoying getting to know them.”

Oliver Brooks, who met Speed two years ago at an antique show, is enthusiastic about the shop opening up in the area. “It’s an absolute asset to the community and the city,” he said. “Jon has a rare collection of books that are not only hard to find in Syracuse, but hard to find in the world.”

Speed said he hopes that Jon Speed: The Book Scout will be more than a bookshop. He wants it to serve as a resource for the community.

“We built the space with bookshelves lining the walls and kiosks on wheels in the middle so they can be rolled away to open up a community space,” he said.

Speed also would like to see writing classes and literary events happen in the shop.

He placed several armchairs around the space to encourage people who live in the neighborhood to stop by and read.

His shop has a diverse range of books, with an equally diverse price scale. There are racks of used books priced at three for $1, and there are rare books that sell for more than $4,000. Sections are divided into categories such as Children’s Books, Theology, Signed Books, Science Books and Native American Literature. 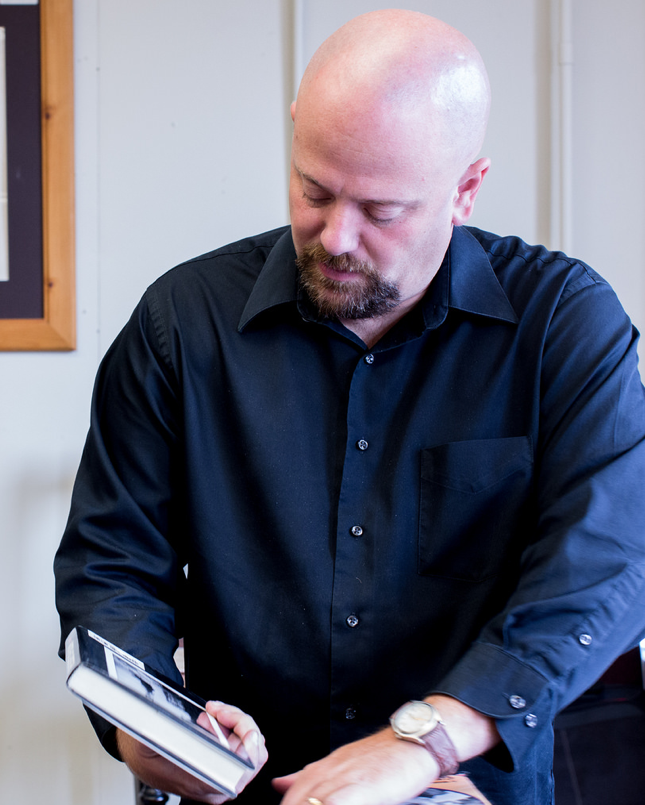 Books on the higher end of the price scale include a copy of “The Big Game Fishes of the United States,” which was owned by former U.S. President Grover Cleveland, a Bible from the 1730s, which contains copperplate engravings, and “The Pop-Up Minnie Mouse,” a pop-up children’s book published in 1933.

Other rare items for sale include a pre-Civil War tintype photograph of a free African-American family and a newspaper that was published in Georgia in 1784. 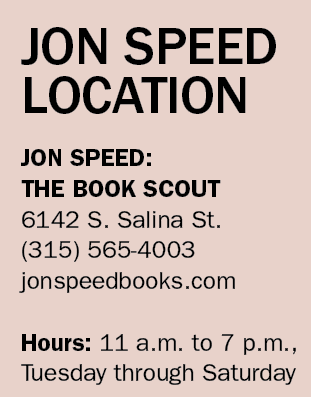 “Preserving the culture of the printed word is our mission,” Speed said. “These days, with Kindles and other e-books, a lot is lost.”

“The design gives you context to the times in which the author wrote, and the pictures do, as well,” he said. “You don’t get that with digital books. You lose a large part of the experience.”

Speed, whose love of reading comes from his childhood instructors, said there is nothing better than seeing young people who share his passion for reading.

“There is one kid who comes in every few days and buys three books for a dollar, and he has great taste,” he said. “Having that sale is just as exciting as selling a rare book — in fact, that’s what this is really all about.”