In tough economic times, his restaurant manages to survive

Growing up in Kingston, Jamaica, Irvin “Bongo” Hanslip learned the value of hard work from his parents.

“My parents were only rich in culture, poor in finance,” said Hanslip, 63, whose parents were both farmers. “By seeing how they provided for us, so we could have a better education, it give us the knowledge and the experience to provide for ourselves and our children.”

For the past 14 years, Hanslip has provided for his family with the Jerk Hut, a Jamaican cuisine restaurant at 440 South Ave. 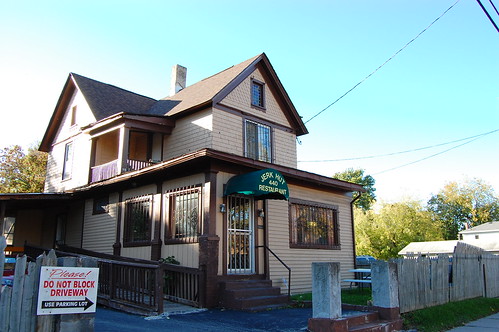 Jerk Hut is located at 440 South Ave. in Syracuse.

“Anecdotally, we’ve seen what the rest of the country has seen. That the economy has not been good for a couple of years now,” Walsh said. “We do feel the impact of that. So when you look at some of the neighborhood business districts in some of the more economically disadvantaged neighborhoods in the city … that effect is compounded.”

According to Census data gathered in 2000, 21.7 percent of families in Syracuse lived below the poverty level. A survey conducted by the Census Bureau between 2006 and 2008 found the number rose to 24.3 percent.

“With lots of people without jobs, especially in the downtown area, you can see the drop in support,” said Hanslip, who said he saw a 30 percent decrease in business. “People come and people go. Sometimes you wonder if it’s the economy but you can’t let those things bug you. You have to just move on. … You can’t raise your price, you have to just absorb the crisis.”

The price of cooking oil, food and electricity for the restaurant, one of his biggest monthly expenses, increased dramatically, Hanslip said.

“I wish there was another company other than National Grid. When I started, I was paying like, $200 or $500 a month,” said Hanslip, who now pays $1,000-$1,300 a month or more in the winter. “Sometimes every month … our expense sometimes exceed our income. But we have to struggle with it.”

Hanslip has also struggled to find a new and affordable refrigerator and deep fryer, which are in need of replacing.

Through it all, Hanslip stays positive by remembering where he came from.

When he was 7 years old, Hanslip’s mother taught him how to cook. One of the first dishes he made was jerk chicken.

“The first thing your mom taught you was how to clean your room, clean yourself and cook,” Hanslip said. “Those are the main necessities that your parents can give you, is how to take care of yourself. Then you have to put that to practice.”

In 1970, Hanslip moved to the United States, and he worked at the Allied Chemical factory in Solvay for about 14 years. When the factory closed in 1986, Hanslip opened Island Furniture on South Salina Street, across from Dunk & Bright.

Some of Hanslip’s regular customers were Syracuse University college students looking for desks and beds, he said.

“A lot of parents used to call me from New Rochelle, New York City, all over, to make sure that their kids get furniture,” he said.

During the 1980s, Hanslip cooked for SU’s Caribbean Students Association. It became his inspiration to open the restaurant. 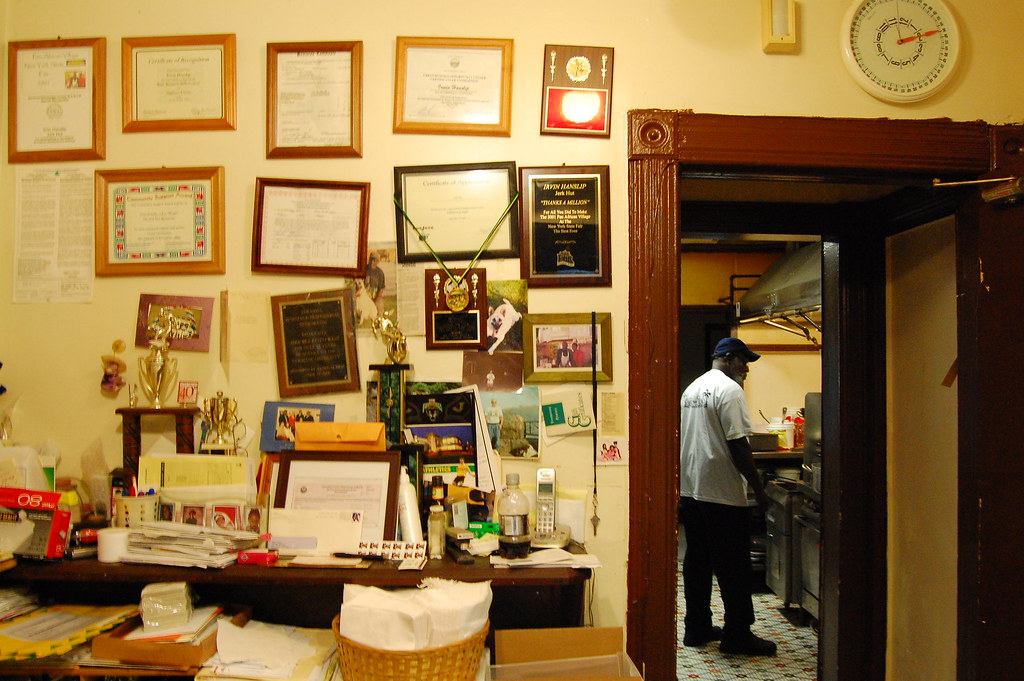 Hanslip opened the restaurant in 1996. One of his first customers was Kwasi Owusu-Anane, owner of Timbuktu Imports next door to the restaurant.

“I’ll go for maybe jerk chicken … in the evening, sometimes jerk fish,” said Owusu-Anane, who hopes more local restaurants will open in the community. “Look around here. Where’s the restaurants? There’s no restaurants in this neighborhood. He’s the only one, actually.”

Owusu-Anane is not the only person who would like to see more businesses on the South Side. So would Ben Sio, director of Sustainable Infrastructure and Policy Development for CenterState Corporation for Economic Opportunity.

“The fact that the Jerk Hut has been able to stay open for all these years and stay successful is a testament to how important it is to the community on the South Side. I’d love to see more businesses like that on the South Side,” Sio said. “Small business, especially in Central New York … those are the fabric of our economy right now. You can actually see all the jobs being added nationwide are primarily in small businesses that are growing.”

CenterState is a nonprofit organization serving 12 counties in New York and helps businesses “achieve economic growth and prosperity through partnerships, planning, and problem-solving,” according to the organization’s website.