Chef’s passion shows through to community she feeds

Wanda Adair has a relationship with food that is as deep as her famous three-cheese macaroni pan in the kitchen of Simone’s Soul Food.

The 58-year-old and her son, David Hills, have been the operators of Simone’s for more than a year. The restaurant, named after Hills’ wife, Letisha Simone Johnson, has been welcomed by the Syracuse community with open arms and hungry stomachs. 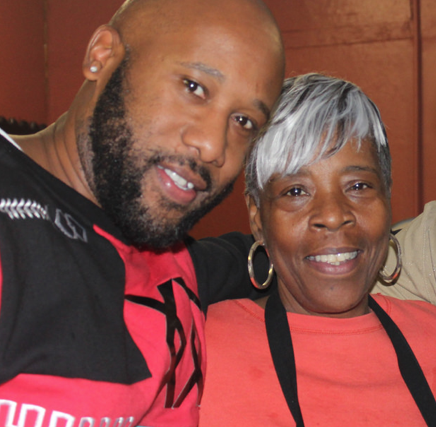 “We’ve had overwhelming support from the community, all nationalities,” Adair said.

Adair’s restaurant is just a larger building to help her feed the South Side. “I was running out of my kitchen for seven, eight years,” she said.

The former Hutchings Psychiatric Center food service worker said she’s had a part-time job at most every soul food restaurant ever opened in Syracuse. “I can say I actually learned some things from working in those restaurants,” she said.

But Adair credits much of what she knows to her late mother, who was a Mobile, Alabama, native. Adair started cooking at the age of 13 in her mom’s restaurant.

“Every item on [the menu] are items that my mom cooked and I was raised with,” she said.

In 2004, she opened up a restaurant in the same location as Simone’s, but without the steam that Simone’s has now.

“I opened it when my son was incarcerated,” she said. “I became ill, had a kidney transplant, so it was really short-lived. It makes me know that we’re here for a reason because we’re planted in the same place that I was in ’04.” 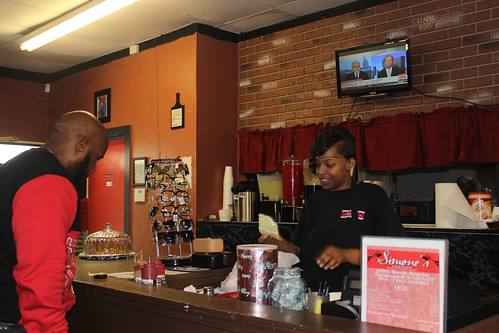 Adair is in the right place, and it keeps her busy with the five other employees at Simone’s, all of whom are family members.

“I’m running on nitro for about 14 hours a day,” she said. “I go to sleep with the food menus on my mind, what I need to do, what I have to do. I wake up with them on my mind. It’s busy, and I’m very grateful for the business.”

Her days at Simone’s typically start around 6 a.m. She and the employees prep the food for the day, which includes chopping up and washing vegetables that she buys from her partnership with Peter A. Guinta & Son Produce.

“I’m so passionate about my cooking,” she said.

Her passion extends to the dishes that Simone’s offers, such as candied yams, banana pudding and turkey dressing. She also has incorporated the needs of her community by not cooking with much salt and not cooking with pork at all, citing high blood pressure among many of her customers. “We like to keep our food neutral.”

But she’s not neutral about her passion for food and the South Side. 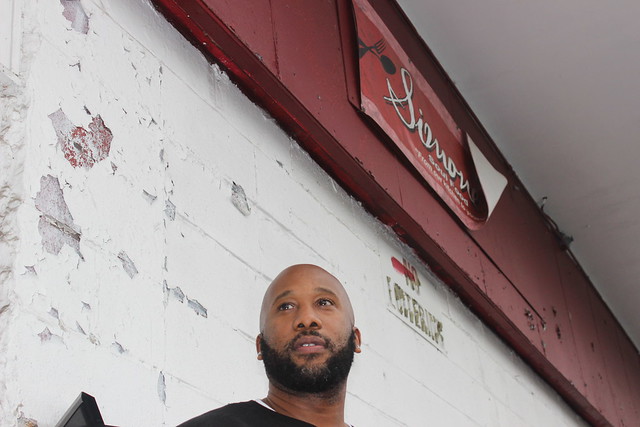 David Hills outside Simone’s Soul Food, which he operates with his mother, Wanda Adair.