Eat to Live board says working on business plan

The Eat to Live Food Cooperative on South Salina Street closed its doors due to a lack of funding after being open less than three months, but its board is addressing the issues that caused its closing in hopes of reopening it this spring.

“We didn’t make the money we needed to stay open,” said Howie Hawkins, board treasurer for the cooperative. “We are currently in the process of rebuilding our business strategy, and once we take it to the bank and get it approved, we will be able to reopen our doors.” 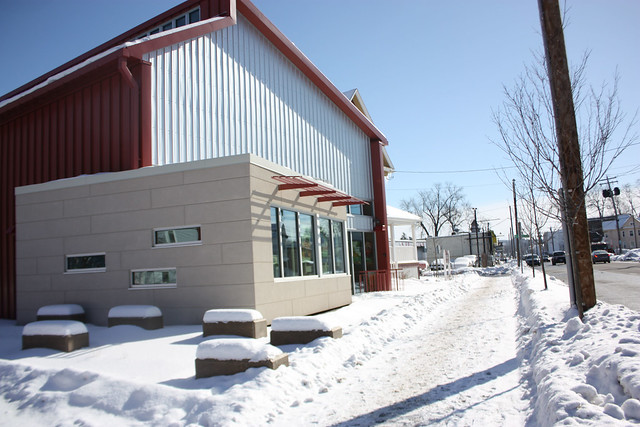 Hawkins says the initial opening felt rushed and more time should have been taken to prepare. However, he says the co-op’s initial struggles helped the board determine its weaknesses and learn from mistakes.

Shirley Rowser, the co-op’s board president, previously told The Stand that the co-op is accepting applications for a new manager to address a lack of proper management.

Many co-op members have decided to stick with the grocer during this transition time and patiently await the store’s reopening.

“I was really impressed with some of the cashiers who worked there. Not only were they really enthusiastic, helpful and informative about the South Side in general but I saw that they were also very dedicated to the idea of a co-op,” said Kira Crawford, a co-op member.

Gwendolyn Fagan, another member of the co-op, says the grocer was extremely convenient and had lower prices than corner stores. But she says she hopes the co-op will offer a better selection.

Hawkins says the co-op wants to improve its selection. He also believes the co-op’s cafe will increase foot traffic once it reopens.

Jerome Sanders, a co-op member, says few residents know about the co-op or really understand what it is. He thinks that if the co-op were better advertised more people would join.

Hawkins says that the board hopes to make improvements and reopen this spring.