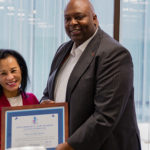 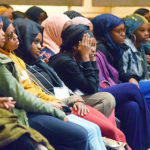 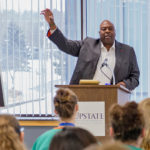 Two South Side community leaders will receive the 2019 Dan and Mary Lou Rubenstein Social Justice Award Monday evening at Hendricks Chapel. Lepa Jones, president of Mothers Against Gun Violence along with A Tiny Home for Good have been recognized for their commitment to service and social justice in the Syracuse community. Mothers Against Gun Violence is a grassroots organizations ... END_OF_DOCUMENT_TOKEN_TO_BE_REPLACED 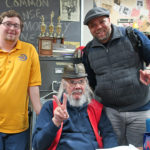 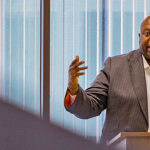 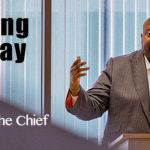 Kenton Buckner was sworn in Dec. 3, 2018, as Syracuse’s new chief of police. Buckner, who turned 50 on Feb. 2, sat down with the founder of The Stand, now-retired Syracuse University professor emeritus Steve Davis, at the end of February for a nearly two-hour interview.   Buckner’s exclusive interview will be revealed over the next month in a four-part ... END_OF_DOCUMENT_TOKEN_TO_BE_REPLACED 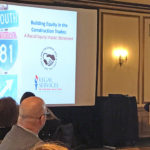 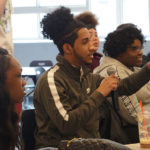 Conversation on Segregation Held with High School Media Students In a series of what was in momentum from Trevor Noah’s visit to Syracuse for the celebration of Martin Luther King Jr. Day earlier this year, the Institute of Technology at Syracuse Central hosted an interactive panel March 1 to induce conversations about racism in America and post-apartheid life in South ... END_OF_DOCUMENT_TOKEN_TO_BE_REPLACED 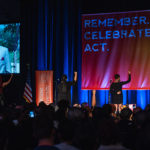 Four female vocalists share how their lives run on more than just musical talent In honor of Women’s History Month, we decided to focus A Friendly Five Column on musical women in our community. The following are two spotlights on women who are more than just musicians. ONCE AN ‘AMERICAN IDOL’ CONTESTANTRobert Stroman is the father of 10, five boys ... END_OF_DOCUMENT_TOKEN_TO_BE_REPLACED