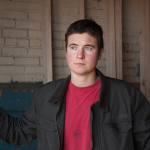 Unexpected delays prevent group from offering permanent shelter for homeless vets It’s been a long road for Andrew Lunetta, executive director of A Tiny Home for Good as he has tried to secure land and build tiny homes for the homeless. The road has been wrought with lengthy application processes, zoning issues, criticisms, meetings and a roller coaster of promising ... END_OF_DOCUMENT_TOKEN_TO_BE_REPLACED

Plea: Say No to Guns 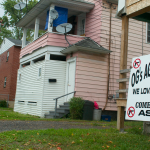 Clifford Ryan considers himself an important voice on gun violence in the local community Standing in front of an abandoned house on Midland Avenue, a 52-year-old man holds up a white sign denouncing gun violence as kids and cars travel by him. In black Nikes, cargo shorts and a white polo, Clifford Ryan walks up and down the street, speaking ... END_OF_DOCUMENT_TOKEN_TO_BE_REPLACED 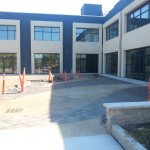 Local community center soon to enter second phase of construction The Clarence Jordan Vision Center, a provider of South Side children’s programs for the past decade, will wrap up interior construction within a year or two, people working on the project say. “Just making the space updated, people think we’re new. They’re like, ‘What’s that? What goes on in there?”’ ... END_OF_DOCUMENT_TOKEN_TO_BE_REPLACED

October 26, 2015 Comments Off on Believe in Syracuse Moves into South Side 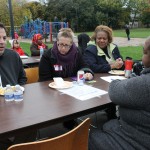 Residents Journey to Justice or Else in D.C.

October 13, 2015 Comments Off on Residents Journey to Justice or Else in D.C. 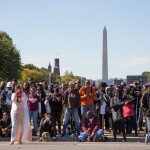 A Space of His Own 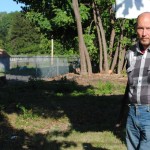 With the help of a community group, a veteran will gain a home Ted Bauer, 59-year-old Army veteran, has no permanent home to call his own. He lacks a place to return to each night, put his feet up and rest in comfort. But that’s not what his friends say defines him. Nor, he said, does he let it stop ... END_OF_DOCUMENT_TOKEN_TO_BE_REPLACED 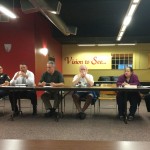 The South Side Tomorrow’s Neighborhoods Today planning council attracted double its normal turnout for its meeting Monday, Oct. 6. About 20 residents and business owners came to the South Side Innovation Center to speak with Director of Code Enforcement Ken Towsley and Sgt. Therese Lore of the Syracuse Police Department. Towsley, whose office handles building inspections and housing and property ... END_OF_DOCUMENT_TOKEN_TO_BE_REPLACED 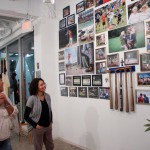 ‘Balcon Criollo’ on display through Dec. 11 in the West Side Luz Encarnacion didn’t know anything about baseball before this past summer. Although, you wouldn’t have been able to tell that on the last weekend of July, when famous baseball player Pedro Martinez was inducted into the Hall of Fame in Cooperstown. Encarnacion traveled to the stadium and stood and ... END_OF_DOCUMENT_TOKEN_TO_BE_REPLACED

October 4, 2015 Comments Off on Exhibit features Work by South Side Youth 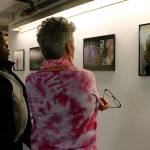 ‘No Pressing Rewind’ showcases images by boys from Journey to Manhood program A group of middle schoolers attending a summer program at Southwest Community Center had the privilege of presenting their artwork at the Nancy Cantor Warehouse in Armory Square. On Oct. 2, “No Pressing Rewind” opened at the Link Gallery and showcased the culmination of four weeks’ worth of learning ... END_OF_DOCUMENT_TOKEN_TO_BE_REPLACED

General Davis, who in the 1970s created and ran the South Side Corleones gang at age 15, was born and raised in Syracuse’s Brick City in a single-parent household. Now 56, he believes he was a product of his environment. “It was no big deal to walk out of your home and see a fistfight or a gun shootout or ... END_OF_DOCUMENT_TOKEN_TO_BE_REPLACED