Corcoran Graduates: "The Fighters" Who Made It

Thomas J. Corcoran High School graduated over 200 students at the Civic Center Thursday, June 20. The class speakers delivered big in spirit and speeches regarding their cohorts abilities to perform better in athletics, arts and academics.

Corcoran students reminded each other of their contributions to the district’s successes. Three of the top academic averages on the districts combined volleyball team, which earned a New York State Scholar Athlete Award, belong to Corcoran students, with one being graduate Steven Epps. 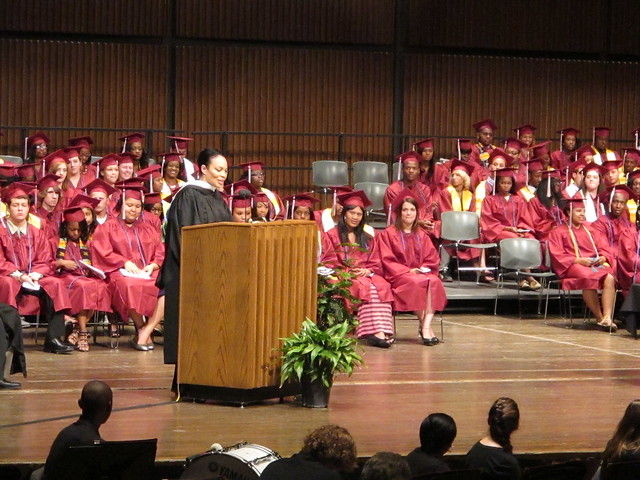 Graduate Rahmeik Bowen also represented Corcoran this year at the Scholastic Art Awards earning the highest honor of Gold Key Award for his Mixed Media submission and an honorable mention for his Fine Arts portfolio from an array of 4,500 submissions. He next went on to be a Silver Key winner nationally.

“Even though we’re just students from a city school district, we have earned full rides to some of the top schools in the country,” said salutatorian Kathy Mouradian in her address.

Corcoran lists 247 graduates in this years program along with about 167 college acceptances and students continuing onto advanced military service. Of the graduates, 25 were listed as IB diploma candidates, 21 as belonging to a National Honor Society, 13 graduates as part of the AVID program and nearly all of the graduates as Say Yes to Education eligible.

Valedictorian Taylor Madison continued in his speech saying that his class were “fighters.”

In reference to the pressure from all sides in the push for better test scores, more graduates and more parent involvement in an urban district riddled with bad media  “… to have to fight through that along with trying to graduate, it really takes a lot of dedication and fight to actually make it here today,” said Madison who will continue onto Rochester Institute of Technology to pursue engineering.

“We are both going through a lot: students and teachers,” said Kathy Mouradian during her address. Her peers agreed with her as they celebrated with family outside of the Civic Center citing names of teachers who helped them finish out the year. 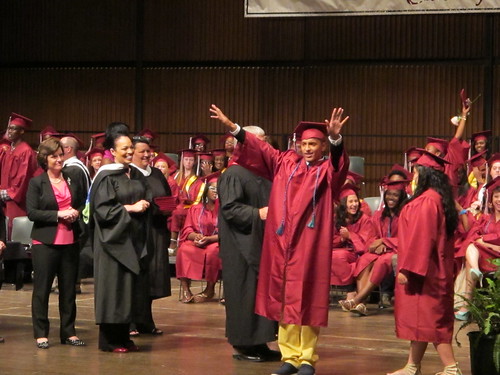 Students celebrate as they walk the stage describing their class as "the fighters" who made it.

You’d be surprised. This is an intelligent group and I like watching them grow,” said 12th grade English teacher Tom Pryor.

“It took me a long hard road to get here. School is hard. People are hard, and leaving is hard,” said another graduate Keyarrah Cannon.

Corcoran’s graduates all one after another revisited their class speakers sentiments that they “made it” and some rattled off popular names such as Ms. Megan and Mrs. Delmonico as teachers who helped usher them to their graduating mark.

“I think a lot of things were against us but we proved that we can compete,” said graduate Luke Chestnut who is going onto Le Moyne College. 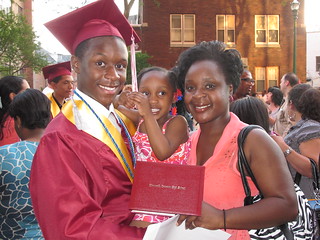 accomplishments such as being the first ever city school district girls team to play in the Carrier Dome for a section title or surviving rainy proms and class picnics with a promising attitude.

Graduates Alandra Douglas, Devlen Williams and Nadia Ingram all said in separate interviews that their class, as a unit, had what seemed like insurmountable pressure and needed each other to graduate.

“We all had to get used to each other and once we did, we realized we were pushing toward the same goal: graduation,” Douglas said. 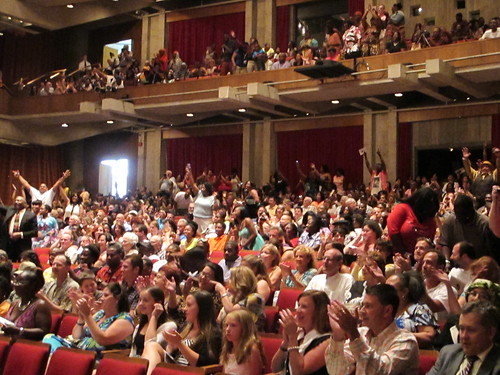 The audience erupts in celebration as Corcoran's 48th Commencement begins. 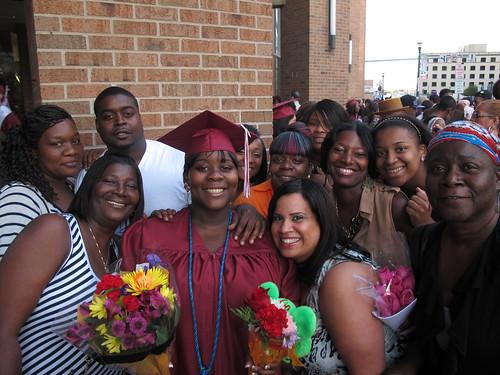 — Story and photos by Ruthnie Angrand, The Stand Community Correspondent