Nina Billue thought that her life was over when, after graduating from the Syracuse City School District, a school counselor told that she was performing at a third-grade level and she was not “college material.” The counselor then suggested that she should enroll in the military or in a trade school.

“I went to a park and started drinking booze and smoking weed in order to cope with the suffering caused by my counselor saying that I didn’t belong in college,” she said. “What my counselor told me turned into a recording that kept rewinding in my head for years.”

Twiggy Billue, Nina’s sister-in-law, added: “Educators should take a minute before speaking to a kid because negativity in their speech could persist in a kid’s mind for a long time. Telling youth bluntly that they are not college material does something to their psyche.”

Nina said she was misdiagnosed in school as having a “learning disability” when all she had was a “behavioral issue.” This misdiagnosis influenced in some way her decision to follow eventually her counselor’s suggestion and enlist in the military.

Nina is now living in Columbus, Ohio. She drove eight hours from her home to the Southwest Community Center, on Syracuse’s South Side, to participate in the launch and signing of Twiggy’s book titled “Suspended for Life.”

Twiggy Billue, a legendary South Side activist and children’s advocate for more than 20 years, was the recipient of the 2002 Martin Luther King Jr. Unsung Hero Award and the 2014 Ralph Kharas Award for Distinguished Service in Civil Liberties. The Kharas Award is named after a former dean of Syracuse University College of Law.

A constellation of prominent local community leaders were in attendance at the book launch, which had a party atmosphere with balloons, a large banner hanging from the rafters, fruit punch and a big cake. Among these leaders were Sharon Contreras, Superintendent of Schools; Kim Bradley, Chief of Staff at the Syracuse City School District (SCSD); Minister Mark Muhammad, Syracuse Representative for the Nation of Islam; Sharon Owens, director of the Southwest Community Center; Mercedes Jones, activist with the Syracuse United Neighbors, and; Ras Simien Anu, activist with Freeing the Afrikan Mind Project 315. Billue signed copies of her book for Contreras, Bradley, Owens and other civic personalities. 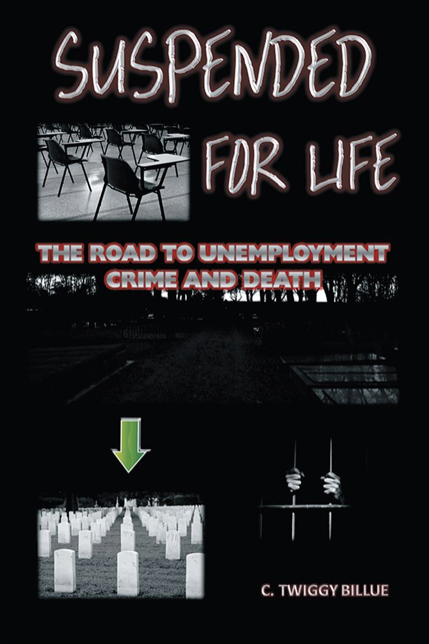 Billue said that her book narrates her “long hard battle” with school principals to stop them from unfairly suspending students of color.

According to data from the U.S. Department of Education’s Office for Civil Rights, African American secondary students in the Syracuse City School District have a 38 percent risk of being suspended from attending school. If these students are males with a disability, the risk jumps to 55 percent. Comparatively, white students in the district face only a risk of 19 percent and 31 percent, respectively, in these same categories.

“After having meetings with school administrators, I came back home in tears because they kept suspending students of color unjustifiably,” she said.

She then suggested that there was a smear campaign directed against her in order to portray her as a racist and a teacher-hater. “I was accused of being a racist in a local newspaper,” she added. “Regarding the educators, it’s true that I don’t like some of them, but I have always disagreed with them in a climate of mutual respect.”

She then read a list of 65 educators of Dr. King Magnet Elementary School and other city schools who support her. “These remarkable people do what it takes to provide all children equal access to quality education regardless of their background, neighborhood or race,” she went on to say. Included on the list was Superintendent Contreras, who was praised by Billue.

But not everyone is happy with Contreras.

In June, the Syracuse Teachers Association voted no confidence in her. In addition, Barb Humphrey, who ran unsuccessfully for Syracuse City School Board of Education Commissioner on the Green Party line, said that Contreras had not been proactive in bringing to the attention of the public “the inappropriately high number of out of school suspensions from Syracuse schools for minor behavioral infractions and the racial, gender, age and disability status disparities associated with these suspensions.”

Billue defended Contreras by saying that the Board of Education is the one that set policies, not Contreras, who only implements them.

Other school districts in the nation had taken innovative approaches to prevent out of school suspensions. One such approach is the Positive Behavioral Interventions and Supports (PBIS),
a schoolwide program that promotes excellence in conduct and academic achievement through targeted strategies. “PBIS is not a program or a curriculum but assists schools to support all students in all venues: the classroom [and] areas outside the classroom (hallways, restrooms, cafeteria and playgrounds),” according to the Anne Arundel County Public School District in Maryland. For instance, in the Mary E. Moss Academy, a PBIS school in the district, students earn “MEMA dollars” for showing respect for themselves, their peers, faculty and property and then they are allowed to use these “dollars” for purchases at the school’s store.

Humphrey said that she is a big proponent of PBIS, but in Syracuse, it only exists on paper — not in reality. “There needs to be a moratorium on out of school suspension for minor behavioral infractions and an alternative in school programs to deal with disruptive behaviors, to keep children in school,” she added. “Every SCSD school should have a positive behavioral intervention system in place.”

Billue said that she felt finally vindicated when the New York State Attorney General took her cause and released a report on suspensions whose findings corroborated the data that she had compiled on these incidents. This report was published in mid-July, when the book came out.

Billue concluded her presentation by thanking a host of people who assisted her in her advocacy for the civil rights of school children. The list included Dr. Umar Johnson and Dr. Jawanza Kunjufu, authors of the books “Psycho-Academic Holocaust” and “Keeping Black Boys Out of Special Education,” respectively. Billue, as part of the Afrikan Urban Perspective, had invited Dr. Johnson twice, in 2012 and 2013, to speak at the Dunbar Center, on Syracuse’s South Side, on educational topics.

She also thanked her sister-in-law Nina. “Nina was a catalyst for my book,” Twiggy Billue said. “I got her unconditional support every step pf the way.”

Nina Billue replied: “The book ‘Suspended for Life’ is real for me. I grew up in Syracuse where I was suspended and kicked out of schools. But God assigns people to do certain things. After
my counselor told me that I was not college material, I put on my boxing gloves and didn’t give up. I went to a Bible college and then to Franklin University in Columbus, where I graduated with a 3.4 grade point average. Let parents know that their children don’t have to be suspended for life if they are determined and keep going.”