South Side Youth Get Lesson in Sustainability

South Side children got a taste of farm life and fresh pumpkin fritters as they frolicked through Tim’s Pumpkin Patch, Sunday, Oct. 23.

As part of an effort to educate children about the food they eat, the Healthcare Education Project (HEPNY) hosted a field trip to the Marietta farm so that children could learn first-hand what goes into their diets. 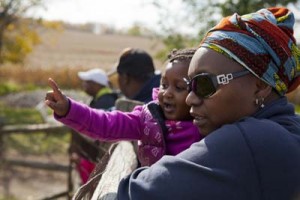 “We want the kids to understand how food goes from farm to plate and where everything comes from,” said Victoria Coit, the Syracuse organizer for HEPNY.

The event was free and open to the public, parents just had to register in advance to secure a space for each child.

A charter bus met at noon at the South Side Innovation Center and made the 20-mile journey to Tim’s. En route to the farm, the kids were shown food documentary, “Nourish,” to jumpstart their education about food and sustainability before arriving to discover it for themselves.

Getting out of the house to enjoy the fall weather was one reason Erin Smith brought his family of five—four children and his wife—pumpkin picking, he said.

“It’s a family tradition to go pumpkin picking every year,” Smith said. “This is also a great chance to get some fresh produce to take home and cook things as a family.”

Tim’s Pumpkin Patch at 2901 Rose Hill Road has been selling pumpkins for more than 20 years from Labor Day to Halloween. Families can participate in horse-drawn wagon rides, get lost in hay mazes, visit farm animals and eat homemade pumpkin bread to their heart’s desire.

Tim’s 9-year-old daughter, Claudia Leubner, who has had fun doing all of the above, said she would be taking the field trippers on a tour around the farm, telling them facts about the animals and how food is grown.

“I’m really excited because I know a lot about everything, and I think they’re going to have a lot of fun with the animals,” Leubner said. 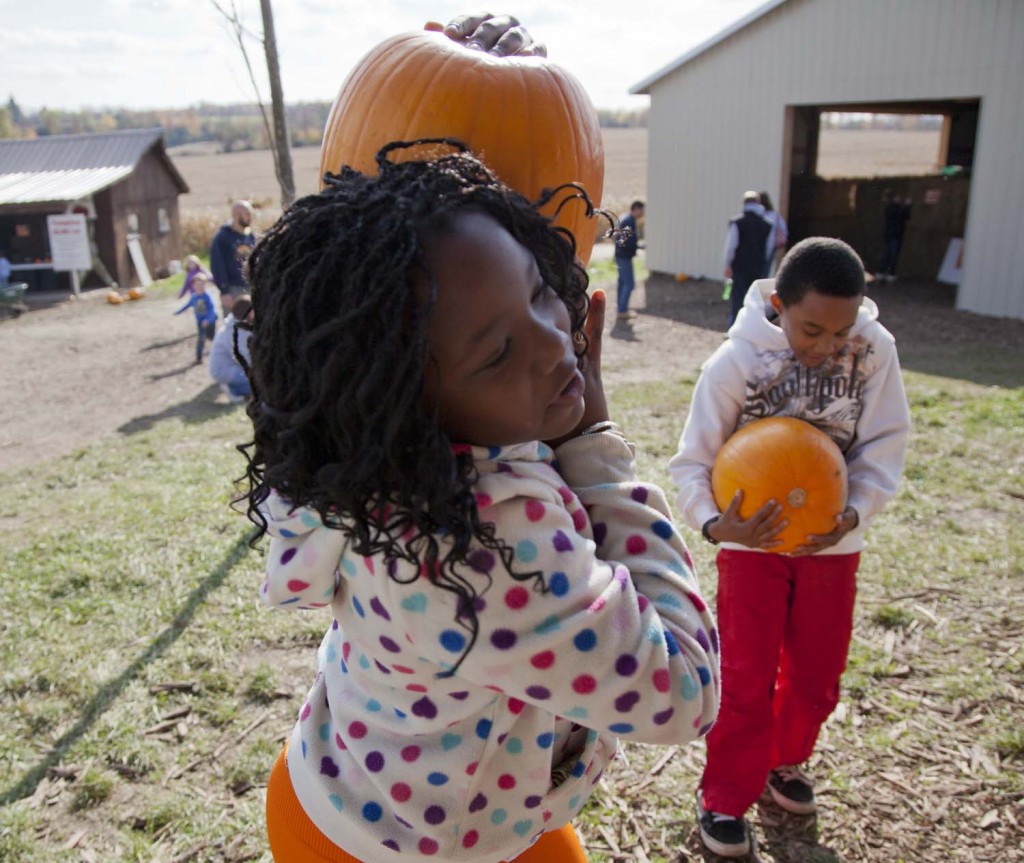 Dyasia Clark, 10, carries her pumpkin back to show her friends at Tim's Pumpkin Patch. -- Photo by John C. Liau

The animals may have been fun for Kaviera Wofford, 10, but her favorite part of the day was the pumpkin picking, she said.

Consensus among the children was that it was a fun day and a new experience.

Coit said the children may not have fully grasped the message of Food Day, but she planned to discuss it more on the bus ride home, hoping that after having seen and explored a farm, the notion of where their food comes from would start to make sense.