Creek Rats Mark 10 Years with Another Clean Up

Around 15 volunteers gathered at the Rescue Mission on Dickerson Street early Saturday, Sept. 17, morning set on accomplishing two goals for the day: cleaning up Onondaga Creek and finishing a platter of muffins.

The Creek Rats, a volunteer group that grew out of the Cornell Cooperative Extension of the Onondaga Creek clean up, set out on its 10th anniversary in-creek cleanup with the hope of restoring the creek back to a clean, useable condition.

“The creek is a major water way through the city, so we thought it would be nice to clean the creek up and return it to at least limited public use and restore it as a greens space,” said organizer of the Creek Rats Bob Graham.

The Creek Rats broke up into two groups to start the restoration, a land group and a water group.

The land group goes through brush and picks up garbage while the water group floats down the creek in a canoe pulling out large pieces of debris that range from shopping carts to refrigerators or what ever has been thrown in by dumpers.

Of the volunteers that showed, many of them are part of the Troutbums Club, a club devoted towards fly fishing and teaching fly fishing, of SUNY-ESF. Troutbums’ president Chris Powers says the restoration process of these water resources is crucial and giving back to the community is the least his group can do. 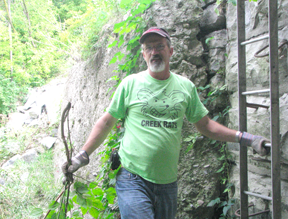 “I think it is really important to do stuff like this, especially in these urban areas. You don’t have a lot of these water resources. A lot of them are pretty degraded, and I think it’s cool there is an organization like this trying to give back to the community.”

The Creek Rats have seen its cleanup group change a lot over the 10 years.

Longtime Creek Rat Brad Deitz said the group started off too ambitious trying to clean the creek all at one time, and now realize that it is a long grinding process.

“When we first did this, we tried to do the whole creek from Nedrow all the way down to Onondaga Lake. That didn’t work. So from then on we did it in sections,” he said. “The first two years, we didn’t get a lot done, but from then on we’ve gotten a lot accomplished. So it is getting easier.”

Not only has the strategy of cleaning the creek changed in the past decade, the number of volunteers that help out has been up and down.

“The very first year, we actually had a huge turnout and then people sorted sized up the enormity of the task,” Graham recalled. “The turnout fell for a while we started to gain more people in the last couple years, getting more attention in the press and we’ve been closer to downtown.”

The next step the Creek Rats want to take is to change the public perception of the Onondaga waters. The Rats want people to use the creek and lake more for recreational purposes. 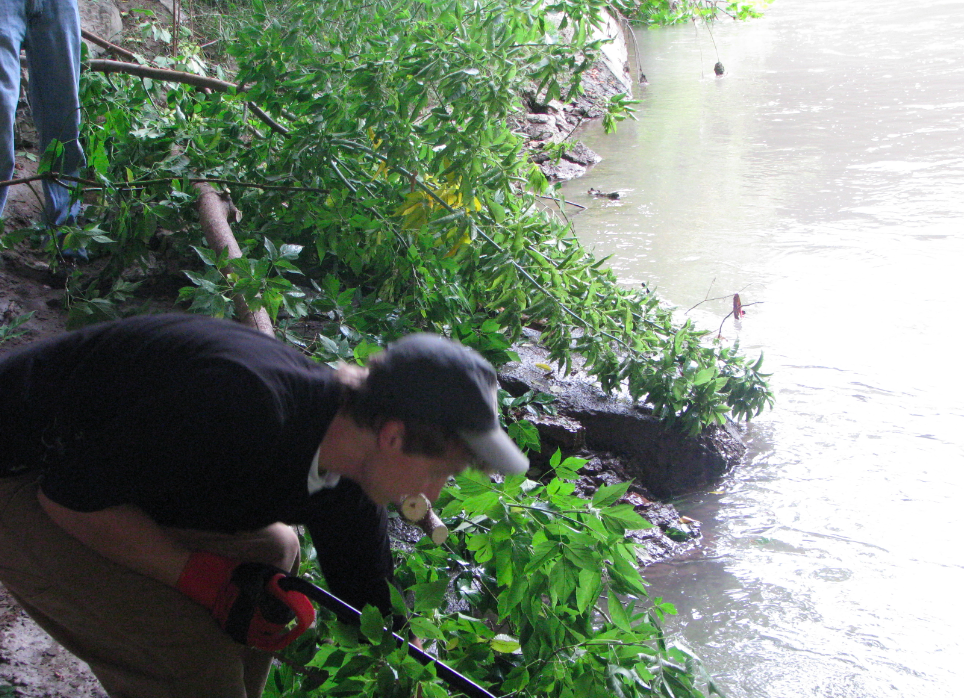 “A lot of people still don’t take the creek seriously for boating because there is a perception of it as a filthy, dirty waterway. So we are working now to change people’s minds about the perception of the creek,” Graham stated. “It’s not dirty, it’s actually very clean.”

The water quality has improved greatly in the past 10 years.

There is nine miles of creek through the city of Syracuse, and the Rats have cleaned about seven miles of it so far. The sections that they have cleaned have largely stayed clean.

The Creek Rats are just part of the solution to cleaning up the waters. While it will take time to make Onondaga Creek look aesthetically pleasing again, the Creek Rats know how beautiful this water can be.

“This is a jewel of Central New York in some respects,” Deitz said. “This is an emerald creek that winds through nine miles of some of the most scenic parts of the city.”

–– Story and photos by Dave van Moffaert, a senior at the S. I. Newhouse School of Public Communications