The passing of Thanksgiving marks the beginning of winter festivities and holiday traditions. With first snowflakes in tow, volunteers are already prepping at Beauchamp Branch Library for the 15th annual Christmas Tree Lighting set to be held Monday, Dec. 3, at 5:45 p.m.

The event gathers families for gift giving, light desserts and refreshments and a scholarship award presentation to a high school graduating senior toward their college enrollment. 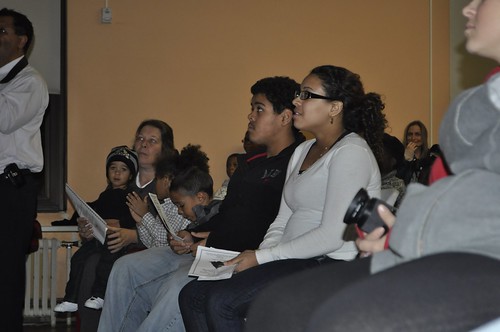 The Dozier Scholarship recipient, Brianna Vassar, waits before her name is called for the award during last year's tree lighting ceremony.

“Giving back to the community is something special, and I hope that everyone will give back like I will [continue to do],” says last year’s scholarship recipient Brianna Vassar.

The tradition of the tree lighting on the South Side began with Sam Velasquez, former director of the Spanish Action League and host of “Entre Vecinos” (Between Neighbors), a television program that ran on WSTM for 14 years.

The tradition was interrupted when the East Castle and Midland site was destroyed by a storm. Businessman Charles Dozier III and former Common Counselor Mike Atkins continued the tradition at the South Salina and Colvin streets intersection location in 1998.

The event has earned support, gift donations and sponsorship from community members, CAMP 415, Dr. Rick Wright, Beauchamp Library and KeyBank. In the past, community service awards have been presented to 100 Black Men, On Point for College and individuals such as Barbara Rohadfox, Professor Marcelle Haddix and Jeff Paston.

“It’s with their help that we have been able to continue this tradition,” Rowser said.

In addition to a $500 college scholarship, named for Charles Dozier III, the ceremony will distribute eight community service awards this year. All pre-registered children ages 10 and under will also receive gifts at the ceremony, which will be held indoors due to construction happening outside the library.

Vassar, who is now studying Criminal Justice is thankful to the scholarship committee and encourages young people to volunteer and pursue college.

“It’s for a good cause, and it helped me a lot by winning the scholarship,” she said. 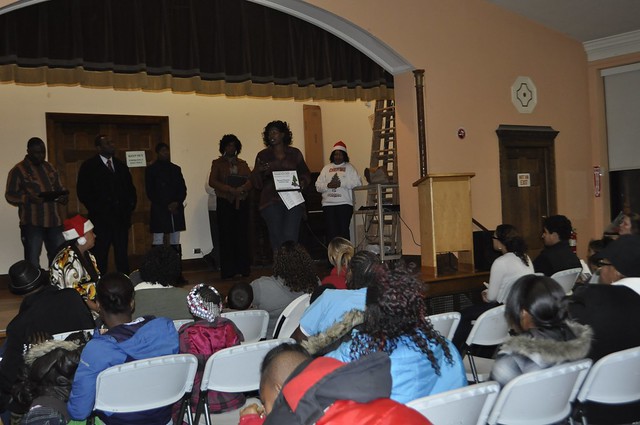