Omanii Abdullahn stages ‘Mama Said There’d Be Days Like This’

The lights dim as the survivors of Syracuse’s sub-zero winter blast trickle into Jazz Central. A seemingly hesitant Omanii Abdullah opens up to a small but eager premiere audience with warm and disarming conversational humor. “This Is Gonna Hurt Me a Whole Lot More’n It Hurts You,” he begins.

The play, “Mama Said There’d Be Days Like This,” is the second installment of the Paul Robeson Performing Arts Company’s 2013-2014 season. This one-man show is a dramatic staging of 24 poems exploring Abdullah’s life-experiences which aren’t too different from our own. It is written by Syracuse native, poet and professor, Omanii Abdullah, and directed by Ryan Hope Travis, executive artistic director of PRPAC. 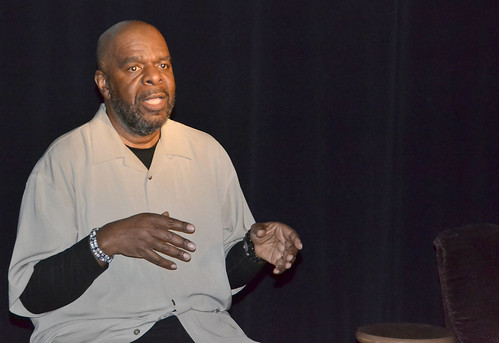 As an audience member, you’re not really sure what to expect from a PRPAC production; they feel familiar to your experiences as a Syracuse native and as a common-working individual, but the expectation is that it will move you in a significant way. Essentially, you realize that the dialogue Abdullah has with the audience is poetry. The expectation becomes that these series of poems will tell a story. Whose story will they tell? The writer’s? The audience’s?

Moving from “Late Speech” into his humorous ode to James Brown and eventually through a series of what feels like period pieces such as “I Never Wanted to Be White” and “Are We There Yet,” Abdullah buoyantly rebounds from scene to scene moving further into poignant memories surrounded by a writer’s detail. The memories pull at a message of appreciation and interconnectivity, whether it is between himself and his friends, family or ancestors.

“I Want To Be the Kind of Father My Mother Was” easily turns the narrative of a dozen poems from the writer’s to an audience’s; one where the poem does the leg work at prodding though and frankly talking about discussions we never dare have aloud. From the lone red couch with Vinyl’s laying around with a cane nearby that homely dresses one side of the stage to the gentle quiet rocking chair set a few feet from the frame of a home’s doorway, “Mama Said There’d Be Days Like This” resonates conversation from homes and hearts. 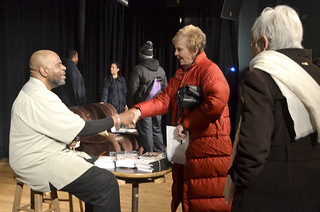 Omanii Abdullah after the show during his book signing, shaking hands with audience members. | Ashley Blume

In the intimacy of the Jazz Warehouse, humorous breaks such as “Do the Right Thing” and the amusing entrances of Robert Jackson, make for a strong sell. Abdullah is the embarrassingly “un-hip” but committed and loving parent who makes smiles as effortless as snow. He discusses difficult topics: race, a needle-sharp dedication to divorce, and HIV as easily as he funnies-up controversial memes like “Nobody Eats Fried Chicken Like Black Folks Do.”

During audience talk back, Abdullah and Travis discussed their relationship as writer and director and how this show has grown and changed from its first production. Even for those who may have seen a past production of Abdullah’s poems, it’s safe to say he “took us to church” with this revitalization and whether black, white, old, young, hurt or brave, audiences will pleasantly find bits of his experience resonating with their own. 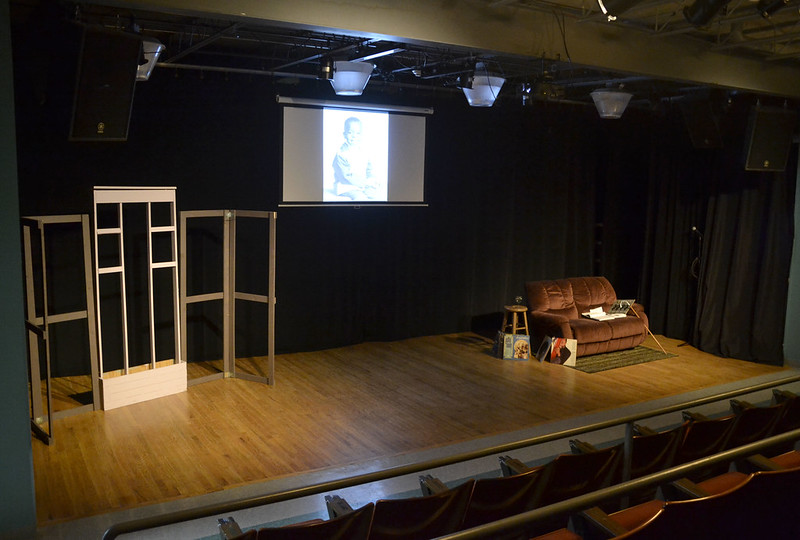 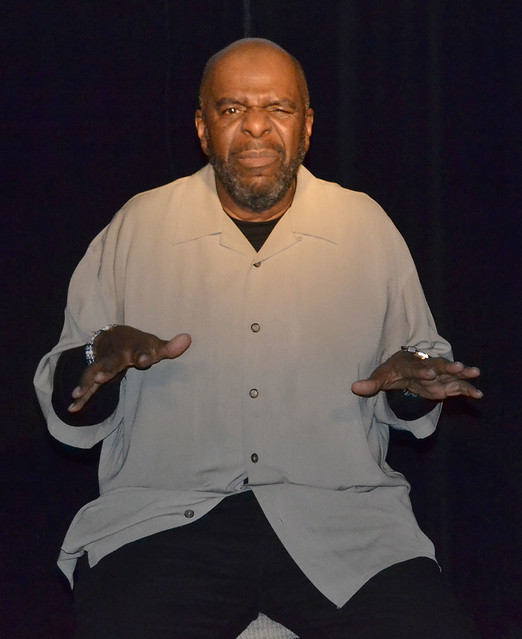 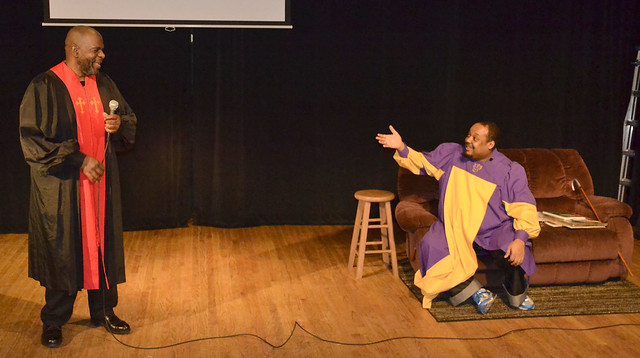 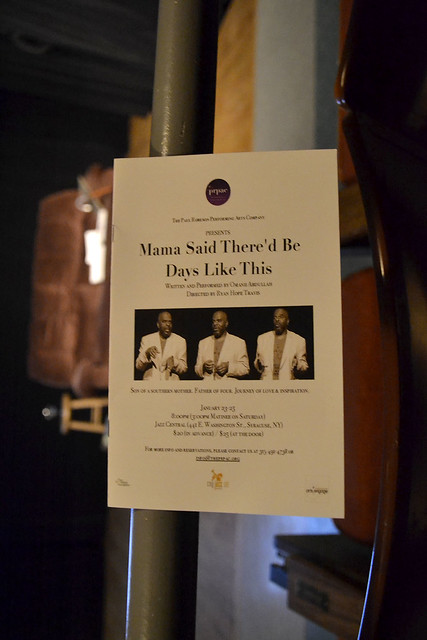 Playbill for "Mama Said There'd Be Days Like This." | Ashley Blume