Families Urged to “Have Two Ways Out” in Case of Fire

If you woke up to a fire in your home, how much time do you think you would have to get to safety?  According to the National Fire Protection Association (NFPA), one-third of American households who made an estimate thought they would have at least 6 minutes before the fire would become life threatening. Unfortunately, the time available is often less.

That’s why Firefighters of Color United in Syracuse (FOCUS) and Syracuse Habitat for Humanity Women Build program are teaming up with the NFPA during Fire Prevention Week, Oct. 7-13, 2012, to urge families to “Have Two Ways Out!” 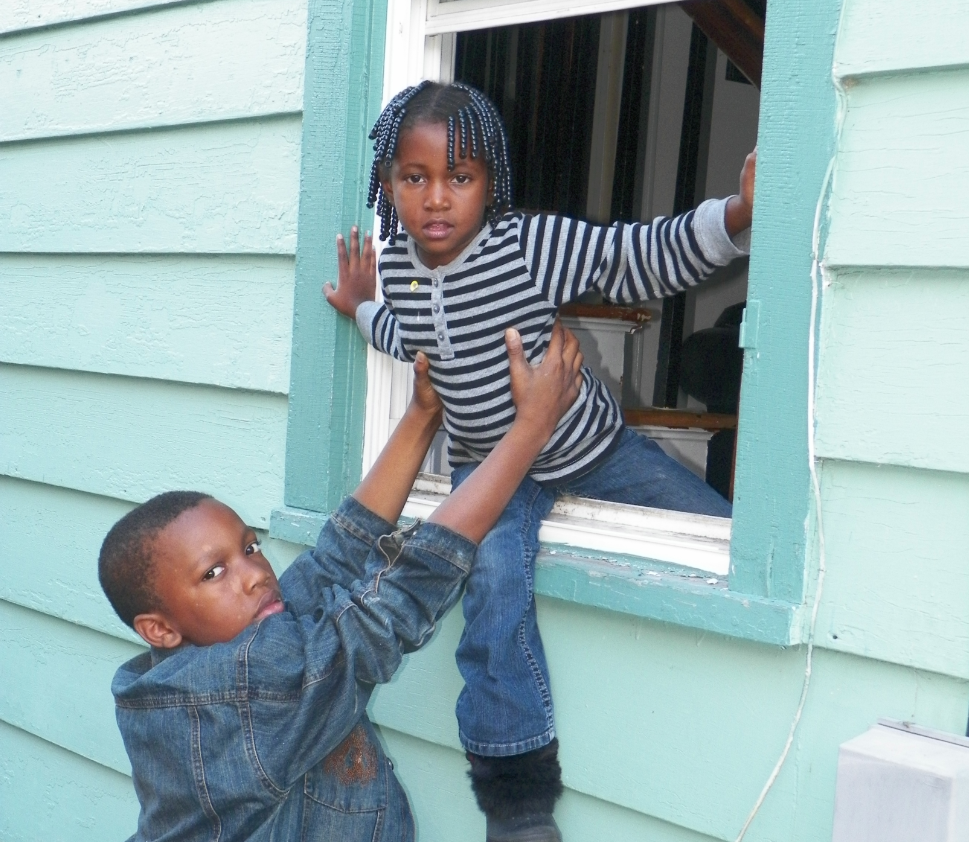 Inez Cannon, right, and Cleveland Brantley practice escaping from a window at the Brantley home.

This year’s theme, “Have Two Ways Out,” focuses on the importance of fire escape planning and practice.

According to the NFPA report, “Fire Loss in the United States During 2011,” U.S. fire departments responded

“Fire doubles in size every 60 seconds. It is unpredictable and moves faster than most people realize,” says Tyrone Sims, president of FOCUS. “That’s why we are joining forces with Syracuse Habitat Women Build and NFPA to educate families about fire safety and having two ways out of their homes.”

FOCUS was established in 1994 to promote fire safety and awareness and to educate the Syracuse community about the dangers of fire.

Brenda Muhammad, the coordinator of the Women Build program, experienced a fire in her home when she was 7 years old.

“I love reading. One night, I decided that I was going to read in bed,” she recalled. “So, I took the lamp shade off my lamp to get more light.”

“I fell asleep while reading my book and knocked over the lamp while I was sleeping,” she continued. “I woke up and my bed was on fire. The smoke caused me to cough. The coughing woke my sister who in turn woke up the rest of the family.”

“It’s important to teach children what to do in case of a fire,” Sims said.  “Children have a tendency to hide under the bed, in the closet or to not tell adults when they discover a fire. They are afraid and not sure what to do.” 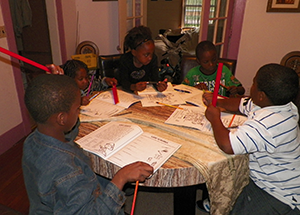 “I didn’t tell anyone when I woke up and found my bed was on fire. I didn’t know what to do. I was terrified,” Muhammad shared. “I’m still terrified of fire.  Children and adults have to be taught how to react correctly to a fire in the home.”

Neighborhood groups interested in learning more about fire prevention week activities, requesting a fire safety presentation or learning about the importance of fire escape planning and practice should contact Firefighters of Color United in Syracuse at (315) 430-4357 or the Syracuse Fire Department’s Fire Prevention Bureau at (315) 448-4777.

Also, you can learn more about the Women Build program, which trains women to build homes to address the issue of affordable and safe housing by contacting Syracuse Habitat for Humanity at (315) 422-2230.

Muhammad said that she involved the Women Build program in the “Have Two Ways Out!” campaign to ensure that families learn the escape planning and practice.

“My parents never taught us about escape planning. If our bedroom door had been blocked by fire, I don’t think my sister and I would have thought to escape through the window,” she said. “That’s why we are urging families to plan and practice their escape.”