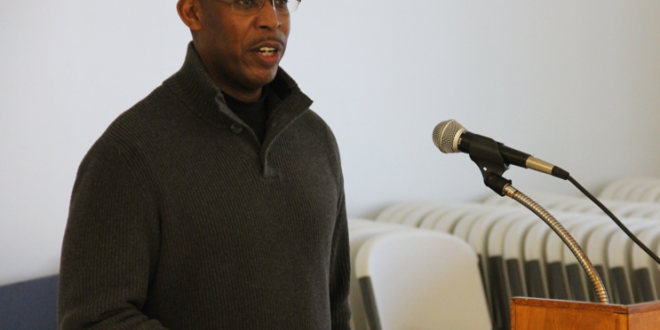 100 Black Men of Syracuse, Inc. recently hosted a series of informational sessions to promote health care education and enrollment under the Affordable Care Act, the new health initiative primarily referred to as Obamacare.

“I have insurance and I have a difficult time with what they cover and don’t cover,” said Charles Anderson, health and wellness chair of 100 Black Men. “So the people that don’t have any insurance, it’s really important that they get covered.”

Three sessions were held in February to motivate residents, particularly minorities, to sign up for health care and address misinformation. In Syracuse, 13 percent of residents have no insurance, according to Onondaga County’s 2013 community health assessment and improvement plan. 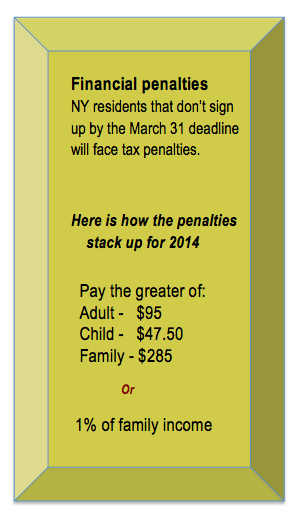 The workshops were designed to provide information and aid before March 31, the deadline to sign up for the New York State of Health marketplace and before a financial penalty will be enacted under the law’s individual mandate, Anderson explained. If they miss this deadline, he said, customers can next sign up on Jan. 1 of next year. 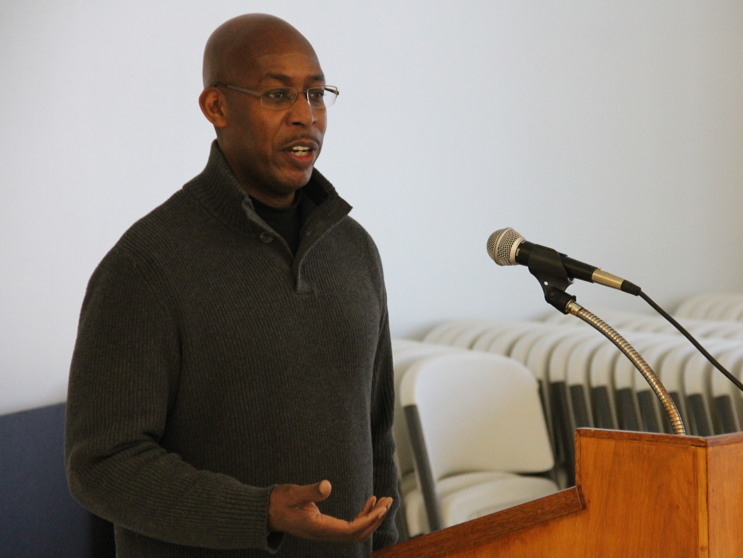 100 Black Men president Vincent Love said many low-income Syracuse families, particularly in the African-American community, have lacked health care for decades, instead resorting to “home remedies” to treat medical maladies. In Onondaga County, preventable hospitalizations, which stem from largely manageable conditions like diabetes, occur 2.5 times more often in the African-American community than the white community, according to the county’s health assessment.

Yet, few residents attended the group’s informational sessions. But the speakers, who included employees from health care companies and navigators that aid customers in the enrollment process, engaged those who came with unresolved concerns.

“If they’re intimidated by going to the health insurance companies personally these are fantastic resources for them,” Anderson said.

Conflicting reports and information about Obamacare are widespread, Love said, so 100 Black Men wanted people heavily involved in the enrollment process. He said the event’s intention was to outline the law’s facts and the opportunities available to Syracuse residents.

Joe Wild, an employee of New York state-based MVP Health Care, outlined the terms of subsidies in the state marketplace, which vary depending on the consumer’s income related to the federal poverty level. A family of four with a $23,550 income, which is 100 percent of the federal poverty level, will pay a maximum two percent of its income as a premium. The premium percentage is more affordable than under previous laws, Wild said. 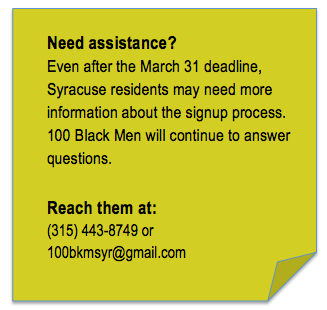 “We’ve never taken the time and put in the effort to get the proper care that’s needed to control and do away with many health issues like high blood pressure and diabetes,” Love said.

Apprehensiveness about enrolling in a health care plan can stem from inaction and apathy, said Lanika Mabrey, a navigator for Access Care and Resources for Health. Mabrey, who guides Syracuse residents through enrollment, said they can better access health care under the ACA if they take the proper initiative.

“We really have to have a community that is aggressive about what’s going on,” Mabrey said.

Jamaine Munroe, a 24-year-old employee of the Jewish Home of Central New York, decided to attend the first workshop because his premiums have risen every year since 2011. He heard that his insurance prices may become more manageable if he enrolled through the state marketplace.

“The plan I have now is good,” Munroe said, “but this one sounds even better.” 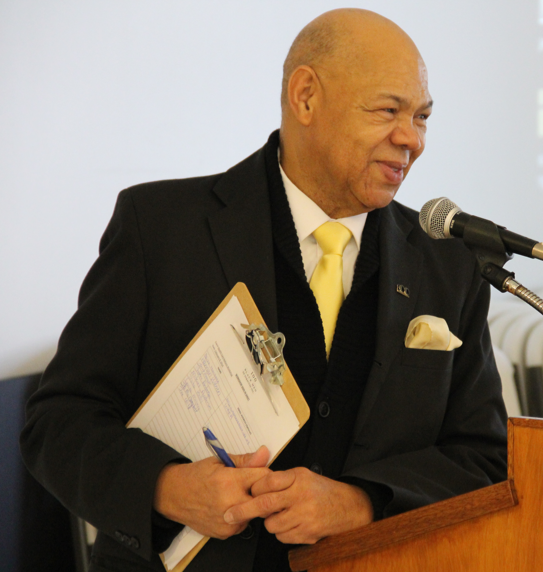 Munroe plans to enroll through the state marketplace, he said.

And Anderson, the health and wellness chair of 100 Black Men, hopes that although attendance didn’t measure up to 100 Black Men’s expectations, residents like Munroe will share the information.

J.B. McCampbell, vice president of administration for 100 Black Men, said he considers the workshops a success because the group could gauge interest in signups. He said that some navigators expressed interest in continuing to share information and aid in the registration process during the next signup period.

100 Black Men will next attempt to address misperception about the penalty that comes into effect April 1. Some individuals assume the financial penalty has gone away because of changes to the law, he said. But “hardship exemptions” exist, like homelessness, stopped utilities and recently foreclosed homes.