This Veterans Day, Dr. Joan C. Laura at Eastwood Dental Office opens the doors of her dental practice to offer free services to veterans for the second year.

“This is just my way of giving back, so as long as I’m blessed to give, I’ll give,” she said.

Laura opened her clinic for Veterans Day for the first time last year and says she was pleased with the turnout — about a dozen veterans. With an announcement in The Post-Standard, fliers at the Veterans of Foreign Wars office and a banner across the front of her office facing the busy traffic of James Street, she had clients before she even arrived to work that morning. 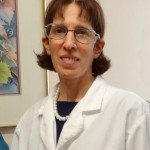 The veterans are welcome to a free regular cleaning, filling or tooth extraction at her practice this Nov. 11. She said another dentist, inspired by her act, even offered to help with procedures.

Laura said she sees about 20 patients a day. Veterans Day, she says, is about setting aside time to be patriotic and do her part right here at home.

“We had a veteran call and couldn’t make it down that day. We still helped him the next day,” she said.

And while some veterans may be pleasantly surprised by her patriotic act of kindness, Laura is not unfamiliar with war or heroes. She recounts stories of how her grandfather dropped bombs from planes with his hands in World War I. And how her father enlisted to serve in the Vietnam War as a dentist to serve his country. When he returned home and continued his dentistry practice, she tearfully recalls being his helper in the office.

“I was his assistant, cleaning instruments, mixing things for him and handing him things before I could even drive,” she said, laughing.

Still fresh in her tears and evident in the photo plaques she keeps of her heroes — her father and grandfather — as if they passed yesterday, is Laura’s conviction to continue the work her father believed in: giving back through dentistry.

“God bless others because I know I can’t pick up a gun and fight but I can serve my neighbor through dentistry, right here,” she said. “And it’s hard for me to fly to another country when my neighbor needs my help.”

Laura has worked at Camp Smith and Fort Drum doing dentistry. She has worked as a dentist for 24 years since taking over the practice of her father, Dr. John Laura.

Although she grew up around dentistry, she didn’t imagine she would pursue the career. Her bachelor’s in fashion design initially led her to a career in fashion in New York City for nearly a decade. Once she decided that dentistry was her passion, she returned to Syracuse, where she and her triplet brothers were raised by parents who believed in giving.

Dr. John Laura enjoyed volunteering at The M.O.S.T and leading the Dental Society, according to his daughter, who said that her mother was very giving, too.

“The real reason I’m doing this is in loving memory of my dad. I didn’t think of this when he was alive but I’m sure he would be proud now,” Laura said.

“I hope it spreads. There’s so much hurt and violence and everyone is so into their own profile. I may not be able to fight but I choose a charity of love.”