Emergency physician incorporates her Catholic beliefs into her hospital work

For Louise Prince, religion is not something that stops when she leaves church. She practices her faith every day when she goes to work as an emergency physician at Upstate University Hospital.

That faith shows in how she treats patients who may have no means of payment, and in the compassion she feels for everyone, no matter what their situation. 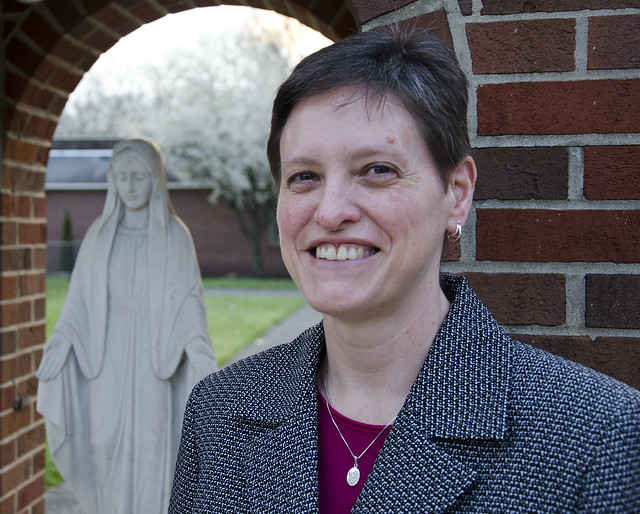 Prince said she often tries to “see Christ” in everybody, a teaching of Mother Teresa. That could be someone who’s intoxicated and obnoxious, a family that just lost a child, or an elderly person in the last hours of life.

“I think it would be hard for me to practice emergency medicine without faith,” she said, “because you see a lot of terrible things happen to people, happen to families: death, injury, and injury to the innocent.”

Being able to practice faith in all walks of life is something Prince holds as vitally important for all Americans. She objects to the January federal mandate requiring that birth control be included in all employee health plans — including for faith-based employers like the Catholic church — because it violates the church’s moral conscience.

Prince attends church on the South Side, where letters were handed out in late January from Bishop Robert J. Cunningham assuring parishioners that the church would fight the Obama White House on the directive.

Individual churches are exempt from providing contraceptive coverage to employees, but that does not extend to the hospitals, universities or charities they run, such as the Catholic-administered St. Joseph’s Hospital Health Center. President Obama did offer a compromise in February, saying churches could shift the cost of such coverage to the health insurance companies. However, many of these organizations are self-insured; church officials say that means they still would be indirectly paying for the use of contraceptives.

“The federal government is not offering any accommodation as far as we’re concerned in the church,” said the Rev. Robert D. Chryst of St. Anthony of Padua Parish, 1515 Midland Ave. “If you tell the insurance company to pay for it, in many situations we are the insurance company, so it isn’t any different.”

Kerri Ganci, director of public relations and marketing communications at St. Joseph’s, declined comment on the matter, saying that the hospital is still waiting for the issue to be sorted out.

The South Side could be particularly affected by the Obama requirement, as women of lower income and racial minorities have higher rates of unintended pregnancies than other groups, according to a 2011 study by the Guttmacher Institute.

Prince does not think that expanding contraception coverage is the answer, though.

“I think we would be better served at educating and trying to help women improve their lives, and improve how they’re respected and how men and women respect each other in relationships and the beauty of sexuality as it exists between a man and a woman in married life because then children are not ‘unwanted.’ They have a family,” she said. “I think we also have to focus our energy on taking care of those children and those women so that they can have their babies, they can love them, and love these children that are now created.”

She also said that this issue is demanding a lot of time and effort from the Catholic Church that could potentially be spent on charitable works. St. James is involved in a number of charities, such as its Emmaus Ministry that provides meals, shelter, and other help to those in need all around Syracuse. It reaches out to the South Side with cookouts for children and clothing and food giveaways to the homeless during the winter.

Prince doesn’t think the church will back off of its stance for the sake of other efforts, though.

“We either use our energy now and try to fight it, or suffer the continued consequences,” she said. “And that’s how important it is to us; that’s why we’re not going to be able to let this issue go.”

Regarding St. Joseph’s and the requirement for it to provide contraceptive coverage, she said, “To put stumbling blocks in the way of being able to do what we think is our mission of charity, to say you would have to violate your morals to be able to do this, it just doesn’t seem fair. It doesn’t seem right.”

Catholics aren’t all in agreement on this issue, though. “Roughly 6-in-10 report that religiously affiliated social service agencies, colleges, hospitals, and privately owned small businesses should be required to provide health care plans that cover contraception,” said a recent study by the Public Religion Research Institute.

“Individuals are allowed their own opinion, but that’s what they are is opinion, not the teachings of the church,” Prince said. “My personal position is that I’m with the bishops. I think that Catholic laypeople who truly believe need to stand up and support the church.”

Paschal Ugoji, another parishioner at St. James, said he thinks the government is getting overly involved in who does or does not buy contraception.

“We live in a multicultural society with people of different faiths,” he said. “Individual people should be able to make choices; that’s American liberty. The government should not be involved in this.”