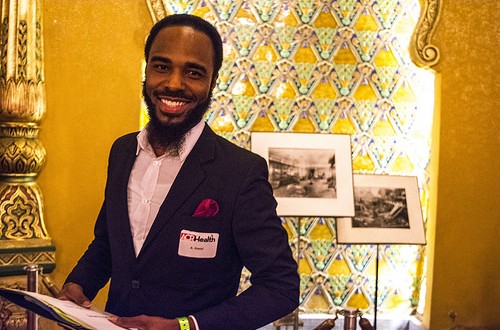 A not-for-profit community health organization — whose mission, in part, is to prevent the spread of HIV/AIDS among minority men — has been working to raise its local profile through events such as a recent entertainment extravaganza at the Landmark Theatre.

The MENS Project, which focuses on educating African-American and Latino men against risky sexual behavior, brought nearly a dozen performers to entertain more than 100 people who turned out for the Red Carpet Extravaganza at the theater Sept. 11. MENS, an acronym for Men Empowering and Nurturing Self, is a program within ACR Health, a nonprofit service provider with offices in Syracuse as well as in Utica and Watertown. 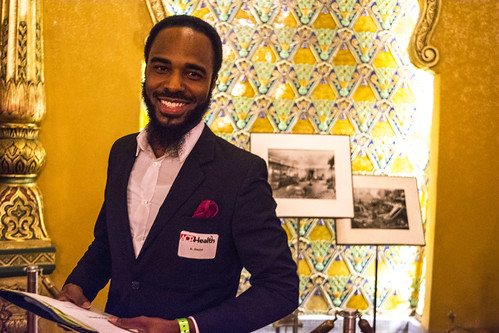 Daniel Reed served as the MC during the Red Carpet Extravaganza. The event was a way to raise awareness about HIV / AIDS in efforts to prevent its spread, especially among minority men. | Ricardo Imbert, Staff Photo

“Our purpose is community mobilization, to take communities of color and Latino communities and light a fire up under them,” said Daniel Reed, who works as an intervention specialist for the project. “We want to address how HIV/AIDS has disproportionately affected a small percentage of the population and try to change that.”

While these two groups make up a small percentage of the population, they account for more than half of new HIV infections in the area, Reed said.

Dance crews and performers, such as rapper Good Guap and singer Martino Storm, entertained the crowd, seated around a runway in the theater’s second floor. Models paraded down the runway, showing off creations by local designers. Downstairs, vendors such as Villa and Suit U Now sold clothing and jewelry. Members of ACR Health distributed literature and punctuated performances with snippets of information to educate the crowd.

Risky sexual behavior, as defined by Reed, includes practices such as multiple sex partners, partners who inject substances, sex while intoxicated and/or high, sex with anonymous partners, and sex with an HIV positive partner or partners of unknown HIV status. 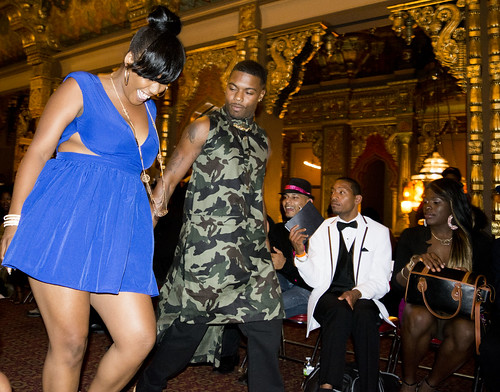 Attendees take to the stage during a runway audience competition during the Red Carpet Extravaganza. | Ricardo Imbert, Staff Photo

Getting people tested is a priority for the MENS Project, and it does this in its offices and through its outreach van, where people can receive free and confidential testing. Group interventions are designed as empowerment groups, in which six to eight men get together over a five-day session and undertake an educational curriculum. A case management service is geared toward support and prevention. Health advocates work with individuals one-on-one to address cofactors that increase the likelihood of contraction, such as housing issues, unemployment, medical care, stigma and drug addiction.

“It all points back to the idea that working to improve quality of life will hopefully reduce risky sexual behavior,” Reed said.

The Syringe Exchange Program seeks to curb HIV infection by directly targeting people who inject substances. Hepatitis C is a major concern for the exchange program, said Erin Bortel, the director of prevention services for ACR Health. Hepatitis C is a major threat as it can linger on surfaces for up to six weeks — unlike HIV, which can be transmitted only through bodily fluids. 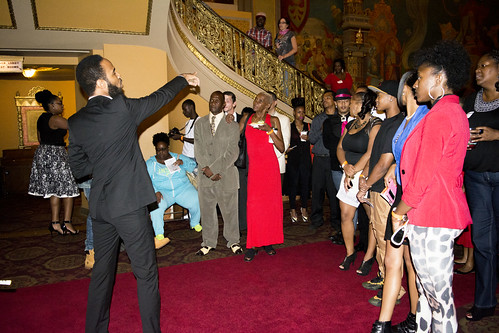 For this reason, the program distributes free sterile syringes, as well as coupons to purchase syringes at specific locations. In addition, the program collects syringes and disposes of them properly. The program also provides access to testing and support through its own van. It trains the public to administer Narcan, a brand of Naloxone, which reverses the effects of drugs and is a leading overdose prevention drug. Narcan kits are distributed — under    strict monitoring.

“Our approach is based on harm reduction, which recognizes that people will engage in risky behaviors despite the consequences,” Bortel said. “Our goal is to 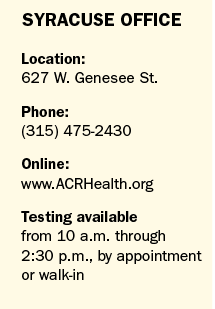 make these behaviors safer while we educate people to stop the behavior, then help them when they do.”

The efforts of the Syringe Exchange Program, in conjunction with other groups, has helped reduce disease contraction through syringes from 47 percent of all new infections to 3 percent, according to Bortel.

Steven Lowe has been involved with MENS Project in the past and attended the Red Carpet Extravaganza to show support for the group.

“They are very productive. They are constantly growing and very motivated and have a huge impact on the community,” Lowe said. “I took their classes and it was very educational, their outreach is very important to young teens and gay men.”

Representatives from other groups that frequently work with the MENS Project were there as well, such as Lewis Watts, who works as a peer organizer and systems support for the FACES program. FACES, which stands for Fighting HIV/AIDS through Case management, Education and Support, is an HIV prevention program of Syracuse Model Neighborhood Facility, Inc. serving the community for more than 15 years.

“We are here supporting because the message is to encourage people to love themselves and educate themselves,” Watts said. “Through collaboration and learning to face adversity in the community, we can get to where we should be, as substantial members of society.”