After about five years of planning, the South Side Food Cooperative, a division of the Southside Community Coalition, and the South Side Initiative are gearing up to build a food co-op in the neighborhood. A groundbreaking ceremony is scheduled May 4 at 2327 S. Salina St., to initiate the construction process.

According to the Southside Community Coalition, the food co-op will help counteract a problem with food insecurity. The South Side of Syracuse is a “food desert,” which is an area without access to fresh fruits and vegetables within a mile radius. 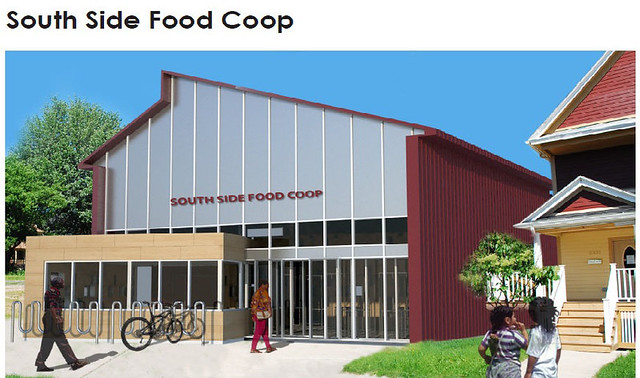 Joseph Bryant, board president and spokesman for the Southside Community Coalition, said the predicament is harmful to residents because many people in the community do not have access to a car to travel to grocery stores.

“Taking the bus to a grocery store is difficult,” said Bryant, who estimated the co-op will open in January 2013. “Having access to fresh food is necessary to the neighborhood.”

According to Howie Hawkins, president of the food cooperative board, construction is expected to be completed at the end of the year. By then, purchasing healthy food should become a little easier for South Side residents, he said.

The Eat to Live Food Cooperative plans to make fresh produce a high priority. Hawkins said the co-op will purchase food from local farmers and the Central New York Regional Market. People will be able to shop from 10 a.m. to 8 p.m. Monday through Friday, and from 11 a.m. to 5 p.m. Saturday and Sunday, he said.

Community members also can get involved in the business end of the store, Bryant said.

“Because it is a cooperative store,” he said, “residents will also have the opportunity to buy shares.”

Customers will be given the opportunity to purchase membership certificates, Hawkins said. For a flat $100 fee or 10 payments of $10 each — with a $15 initiation fee — customers can become members and invest in the cooperative. At the end of the year, the store’s leftover earnings will be returned to members in proportion to the amount of purchases they made.

“The way to think of it is like getting your change back at the end of the year,” Hawkins said.

Members will also have an opportunity to participate in governing the cooperative. They will be able to vote on members of the board, make suggestions at board meetings and post comments on the store’s website.

The cooperative will employ three full-time employees and one general manager, Hawkins said.

For more information or to purchase shares in the food co-op,
contact Margie Gantt at magantt@syr.edu or (315) 443-1979 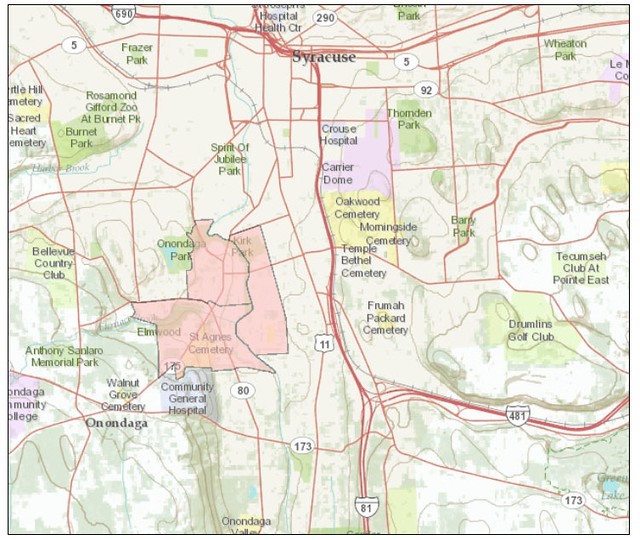 Three tracts in Syracuse's South Side have been identified as food deserts -- places where at least a fifth of the population lives at or below the poverty line and where there isn't a supermarket within a one-mile radius. -- Source: Food Deserts identified by USDA Economic Research Service and background map provided by Environmental Systems Research Institute 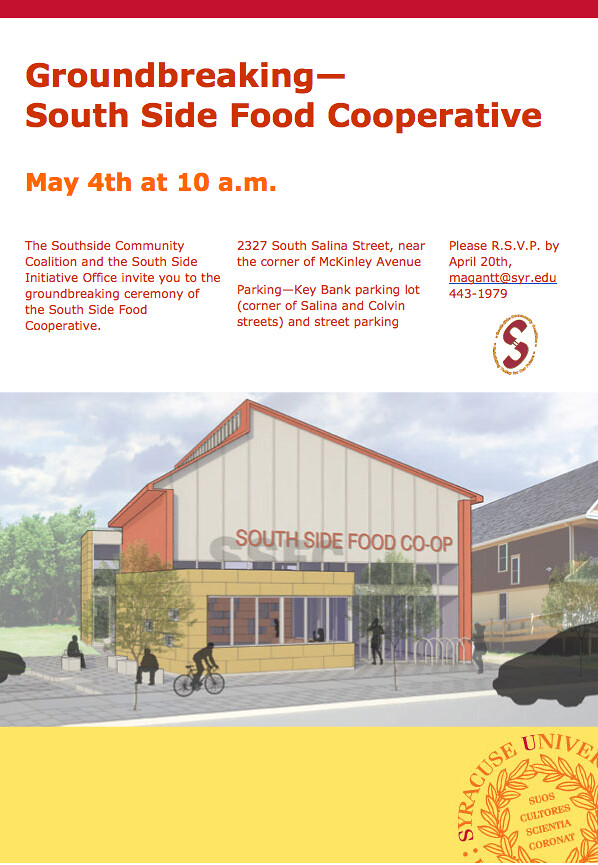