Even if they failed to capture decisive political ground in the November elections, local Green Party politicians are pledging to push for issues such as job creation that they say will help the South Side.

“During the upcoming year, one way or another, we’re going to make the governor and the state government squirm, because they have not provided the policies that were promised, and that is why we are in a financial crisis,” said Howie Hawkins, the Green Party contender for the 4th District Common Council. 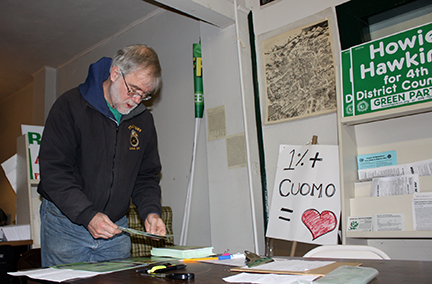 Hawkins is looking ahead at what he and the rest of his party can do to improve social and fiscal conditions in Syracuse. He campaigned for two major issues: providing aid and support to people with outstanding student loan debt, and getting city-funded jobs to city residents.

The main goal, though, is to eventually pull the South Side out of its fiscal crisis, which Hawkins describes as the high unemployment rate of residents — even those with college degrees.

But Hawkins said the Green Party has struggled to gain traction in Central New York’s two-party government system because of what he described as little coverage in Syracuse’s major news outlets. This makes it difficult to advance the party’s goals, he said.

“It’s not just an economic crisis we have here. There is also a media crisis,” Hawkins said. “If there’s not local, yet widespread, news, people aren’t going to know what’s going on.”

During campaigns, Hawkins goes door to door, talking to any voters willing to listen. It’s a tough task, he said, because there is “no way to reach everyone.” But considering the big picture of Syracuse politics, dedicated Greens are few in number.

Among registered voters in Onondaga County, according to the Onondaga County Board of Elections, 103,893 are Democrats and 85,102 are Republicans. Together, the two parties claim the lion’s share, while Greens count just 827 voters. Yet in recent elections, Syracuse Greens have seen increased support. 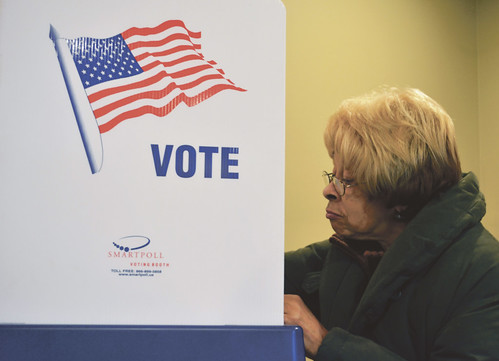 Hawkins credits his fiscal policies with his increased popularity. And Rozum said her “person on the street” campaigning has helped make the Syracuse Greens more widely known.

Regardless of the reasons, Hawkins said he plans to change the way employers view South Side residents.
“Part of the problem is the ZIP code,” he said. “This is supposed to be the ghetto, so that’s a strike against the people here.”

To emphasize his point, Hawkins often recounts the story of a person who couldn’t get a job at a grocery store when he applied from the 13205 ZIP code. But he reapplied after getting a post office box in Liverpool and got an “immediate callback,” Hawkins said.

To fix those discriminative problems, Hawkins wants to create community hiring halls, places where qualified residents who have signed up with the service are the first to be interviewed when city contractors are filling positions. He also wants to see more small businesses open in the neighborhood.

The South Side Innovation Center, whose goal is to support local entrepreneurs, has done a good job maintaining existing businesses, Hawkins said. But he wants to see the center, located at 2610 S. Salina St., introduce and create more opportunities.

But El-Java Williams Abdul-Qadir, the center’s director, says the center currently acts more as a support system rather than a job creator.

“We are true incubators,” Abdul-Qadir said. “We don’t function on a real-estate model of rolling out company after company.”

Hawkins said he also wants to see the introduction of more cooperatives, which will benefit employees and consumers. Hawkins serves as secretary of the Eat to Live Food Cooperative’s board and works alongside Shirley Rowser, president of the co-op’s board, who said there is truth to South Side residents wanting co-ops.

“We actually went out to the community an asked people what they wanted,” Rowser said. “This is what they said. They came up with lists, and cooperatives were at the top of each one.”

Hawkins is going to continue campaigning because he is not one to quit, he said. He has run for city council, mayor, county executive, state comptroller, the U.S. House, U.S. Senate and New York governor, all on the Green Party ticket.

“We keep growing in our vote because people are finally figuring out it’s a wasted vote to vote for the same old thing you don’t want,” he said. “Their faith in the two major parties is at an all-time low.”