Market set for first two Saturdays of each month

A soft rain is falling, coating a carton of Concord grapes in a fine layer of mist, as South Side residents pass by the Eat 2 Live Food Co-op.

The building’s doors are shut, but a group of community members are grouped on the sidewalk beneath a white tent, resilient to the damp weather. This is Store for a Day, an effort to provide fresh local produce to the neighborhood while the cooperative remains closed. 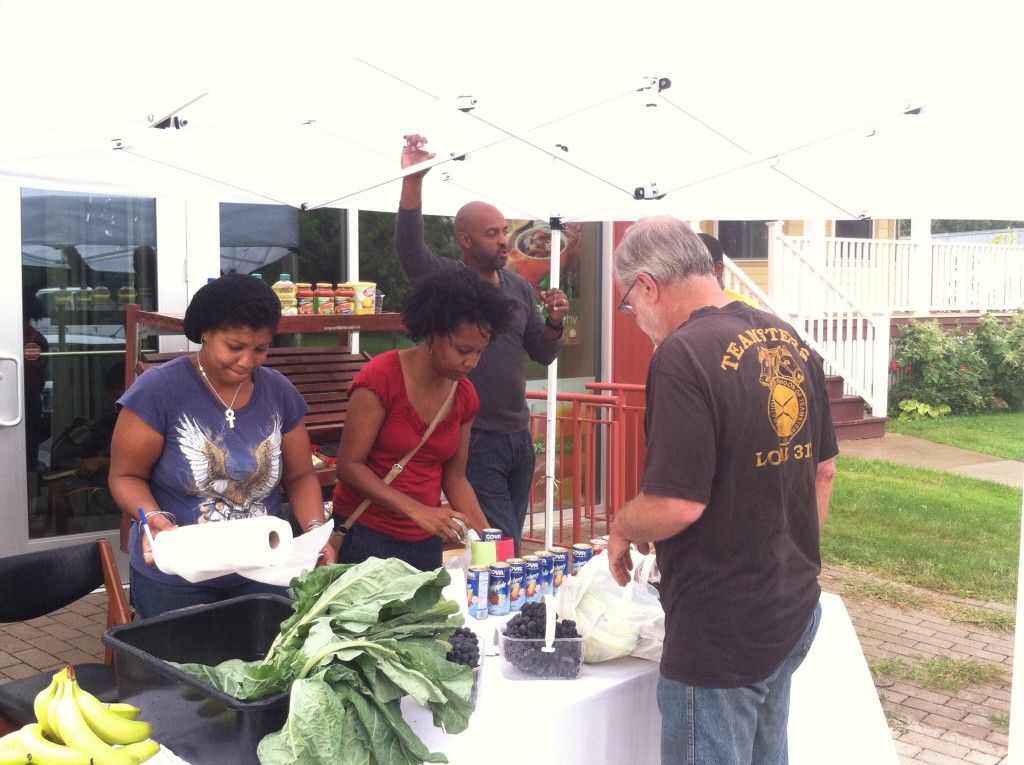 “We’re making good progress, but we don’t have any dates yet for the re-opening.”

Since it began last October, Eat 2 Live, located at 2323 S. Salina St., has been fraught with funding issues, managerial problems and tight grant deadlines. The re-opening date has been pushed several times already, and there still is no finish line in sight.

But Hawkins has been a constant in the co-op’s erratic existence. And he remains optimistic.

“It’s complicated,” he said, with an accent that betrays his time in California and New England. “[We’re] working to get by all of these issues. But every time we bring food out here, we sell out. And it gets people’s attention, so they know we’re still around.”

Store for a Day helps reinforce the co-op’s objective of providing fresh food to residents of the South Side. Members are selling grapes, lettuce, bananas and beverages, and any passerby can make a purchase.

Brandi Woolridge was on duty for the first two hours Saturday, Sept. 6, and she’ll return the following week also. Her focus is not only on sales, but also on promotion and marketing.

“We definitely want to get attention here,” said Woolridge, dodging a stream of water as it ran off the side of the tent. “We’re kind of preparing again, and … we’re hoping this helps in the long run.” 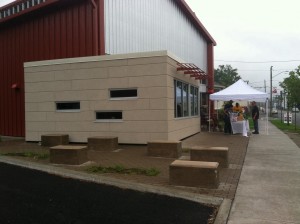 The white tent has been pitched for the first two Saturdays of every month since July, and the members want to continue the trend into the fall. Hawkins said plans for October aren’t yet set in stone, but the board is sorting through the logistics of operating the project into the colder months.

Hawkins and the rest of the board members are also busy looking for a new manager and ensuring funds are in order. For now, the hope is the Saturday markets will prove beneficial in the long run.

“Once we do open again, we want it to be for good,” Hawkins said. “We’re absolutely going to work to keep it open. And what we’re doing now, on Saturdays, can only help us in that effort.”

In the meantime, Hawkins, Woolridge and the other employees said they’re intent on keeping the momentum going.