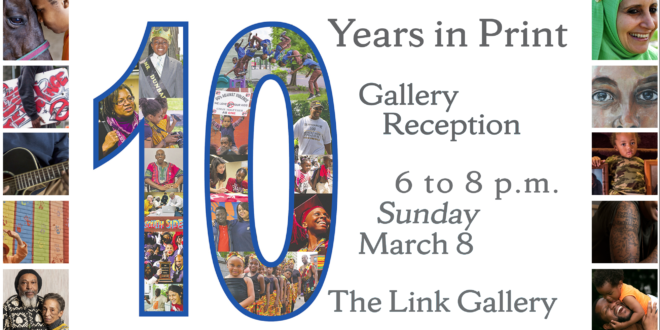 In the month of March to commemorate 10 years, The Stand will host a photo exhibition, “THE STAND :: 10 Years in Print,” with pictures from the past decade. The exhibit is on display at The Link Gallery and has been sponsored by Syracuse University’s Office of Community Engagement. The Stand will host a free reception from 6 to 8 p.m. March 8.

“The Office of Community Engagement is excited to support and showcase, at the Link Gallery,  prints from the 10th year of the South Side Photo Walk sponsored by The Stand,” said Bea Gonzalez, vice president for community engagement and special assistant to the Chancellor.

The Stand is a collaboration between Syracuse University’s S.I. Newhouse School of Public Communications and members of the South Side community. The paper was started by Professor Emeritus Steve Davis who wanted students to be more involved with the local community.

“We’d put together packages of eight to 10 stories. They were good stories and we had a good time reporting them so we put together a little print newspaper and started circulating it,” Davis said. “One of the things we were hearing was that people wish there were more stories written about the neighborhood, but local newspapers didn’t pay that much attention, aside from, crime stories, and things of that nature. So one thing led to another and I eventually did the work and started a newspaper.”

The Stand’s annual Photo Walk has become its most popular community event. So popular, that July 27, 2019 was proclaimed “Annual South Side Stand Photo Walk Day” by Mayor Ben Walsh.

“Photographers usually shoot by themselves, and they don’t often focus on their own homes and lives. What is special about the annual Photo Walk is that photographers and residents of the South Side come together in a mutual effort to represent the community for themselves and for others. It has been great being part of this event for the past few years,” said Bob Gates, longtime Photo Walk volunteer and president of the Syracuse Camera Club.

The main thought behind organizing the Photo Walk was to get people involved, says Davis, noting contributors to the paper don’t have to be professional journalists or journalism students. It could be everyday people who lived in the neighborhood. Some people found writing a story a little bit intimidating, but he found everybody knew how to take a picture.

“We found that was a good way to get local people involved. Much easier to introduce them to the newspaper and the idea of contributing by doing something like a Photo Walk and getting them taking photos,” Davis added.

The exhibit is free and open to the public and will be on display for the month of March. The gallery, located on the ground floor of the Nancy Cantor Warehouse at 350 W. Fayette St. in downtown Syracuse, is open from 8:30 a.m. to 5 p.m. weekdays.