Celebrating 26 years of providing service to Onondaga County, Habitat for Humanity has launched the first ever Veteran Build in New York State.

The announcement to go forward with the premier project was made on Veterans Day 2010, and construction began in April 2011. The two homes currently inhabit Syracuse’s Southwest area on Fitch Street, and over A-OK Weekend, volunteer Kip Coerper was found working on one home.

These homes are tailored to fit the specific needs of low income households and are all handicapped accessible. 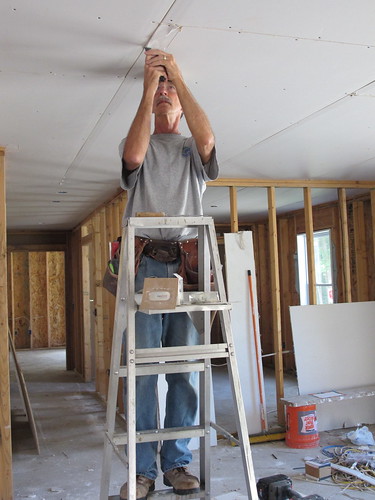 “I was a teacher for many years, but I felt like God was calling me to do something else, but I wasn’t sure what,” he said.

Coerper explains that he had always loved teaching, music and construction, but when he prayed about a construction job, God answered his prayers.

“I was working in South Carolina for Habitat for Humanity for eight years, and I have been in Syracuse for a year now.”

Coerper transferred to Syracuse when his wife was called to do work for God in the ministry.

Coerper smiles when asked what his favorite thing about working for Habitat for Humanity is. “Well there are several. The organization is built on biblical principles, I love the hands on work [and] just being able to teach volunteers. I guess that’s the teacher in me. It has been a very humbling experience.”

Holding a position with Habitat for Humanity has allowed Coerper to fulfill several of his passions while at work while continuing God’s Will.

The Veteran Build symbolizes Syracuse’s strong sense of gratitude for our veterans. As we go through our daily routines let us not forget the freedoms we exercise that are attributed to our soldier’s display of courage. The Veteran’s Build is scheduled to be completed by Veterans Day 2011. 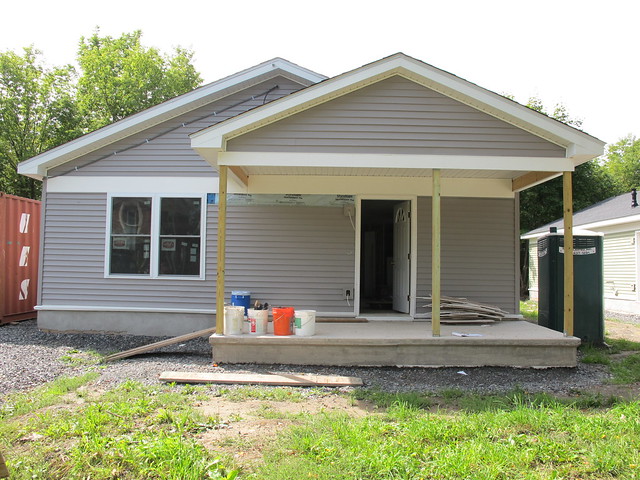