One might have been heard saying, “Man, that cat really laid it down,” or “Those cats were swinging last night.” This meant that the music was being played exceptionally well and that the party was, in a more modern street vernacular, “jammin.’ ”

The cats could lay the rhythm down all night long with finesse, style and endurance.

Occasionally, musicians would call other men cats, too ­— usually reserved only for those who were close to the music scene like promoters, emcees and devoted fans. If you were referred to as a cat, you were considered to be part of the echelon.

Marcus Curry is one of those cats.

Listen to “Easy Street,” a song recorded by Marcus Curry for the Syracuse Community Health Center’s “An Evening of Jazz 2000” CD. 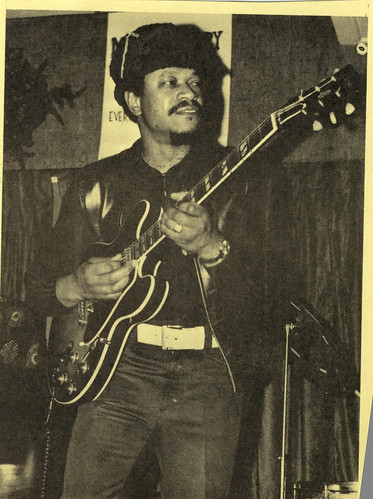 At 75 years of age, Curry still stands up three to four hours a night and lays it down like no other. At the end of the night, he packs up his gear and still carries it out.

I was lucky enough to be on a gig with him once. After it was over, I offered to help with his gear. Being younger and conceivably stronger, I thought that would be the honorable thing to do.

His response: “Maybe I should help you take yours out, baby, you seem to be struggling with that.” So being taught to respect your elders, I let him do it.

I asked Curry for the privilege of interviewing him for this column, not only because of his prowess on the guitar, but also because of his recollection of how it was when the cats were still around.

“There were clubs all over the place, man,” he recalled. “Musicians had places to play like the Clover Club, the Embassy and the 800 Club. There were local cats like Harold Miller (piano), Robert “Steeple” Jenkins (drums), Sax Hunter (saxophone) and Walter Maddox (vocals). These cats could play, man,” Curry said.

“Walter Maddox … wasn’t just a singer, he was an entertainer,” Curry said. “Cats would entertain back then.”

I asked him about others, like The Friendly Five (“a capella” Gospel singing group), Charlie Sparks (singer), Ernest Ringo (drummer) and Dave Wilkins (saxophonist). He acknowledged them all as being good, but raved about Charlie’s talent and vocal abilities. 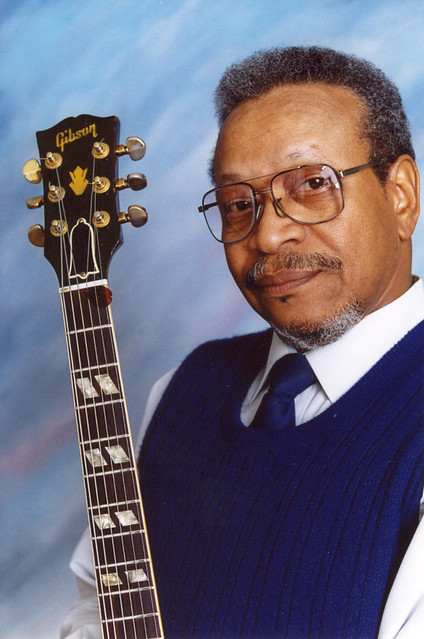 “Charlie was the complete package, man,” he said.

Curry is a complete package, too. He does a solo act sometimes where he performs as a one-man band playing bass pedals and guitar while singing and scatting to a rhythm machine. He taught himself, although he’s very humble about it. That’s his style.

Originally from Virginia, he grew up in a musical environment. His father had a piano and could play it and practically any other instrument. His mother also sang a little,

and his two much older brothers, Morgan and Cyrus, now deceased, were also musicians — drums and electric bass, respectively.

His father would invite other musicians over for weekend jam sessions. This was a tradition that Curry carried on with his brothers for a number of years when they moved to Syracuse around 1950.

Curry later spent five years in the U.S. Air Force. For a few of those years, he was stationed in Oxford, England. There, while out on his regular weekend passes, he was exposed to some of the best players in London, as well as the world. He was discharged in 1959 and returned home to Syracuse.

Once home, he landed a gig at the Penguin Club on South State Street. In the mid-’60s, he joined the Chris Powell Trio. He also toured the country with Young-Holt Unlimited. YHU gained fame as the band that recorded the hit song, “Soulful Strut,” and for being the former backing rhythm section for the Ramsey Lewis Trio.

THE BAND PLAYS ON

Currently, you can catch Curry performing with another local cat, Ronnie Leigh.

Before we parted ways, Curry shared with me a few more things. He said that the music is what keeps him young. He also said that he has to believe in miracles because even today, his enthusiasm is stronger than ever.

Curry said he thought that I was a special guy because I’d taken the time to ask him about his story. The reality, though, is that I am the one who is beholden to him. He is the one who has held the door open for me and other local musicians for more than 50 years. In my opinion, that makes him the special one.

Many of the things Curry wanted me to share with you, he wrote down and brought along when we met. He wanted it to be right.

That’s his style. I mean, what else would you expect?

He’s one of the cats.

— A Friendly Five is created and coordinated by Reggie Seigler to highlight the music and history of Syracuse’s South Side music scene. If you are a local musician and have an idea for a future column, contact Reggie at reggie@softspokenband.com or call (315) 479-9620.