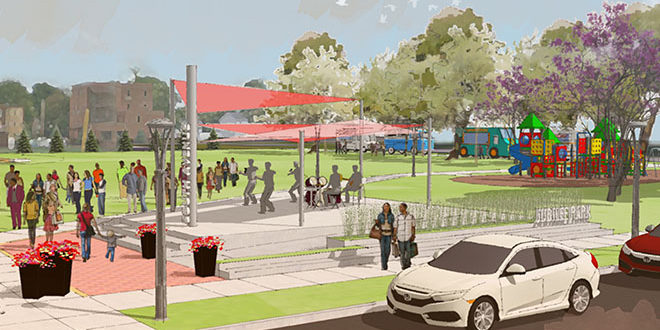 Rendering of proposed changes to the South Avenue Corridor. | Provided by Camoin Associates

That’s what planners, and residents, envision for the South Avenue Corridor, according to a new study released in July.

The $75,000 study, paid for by the city’s industrial development agency and conducted by Camoin Associates of Saratoga Springs, used interviews and data analysis to lay out a plan for South Avenue, a major artery connecting the southwestern portions of the city to downtown.

South Avenue is one of the city’s poorest areas, but it is ripe with potential, the study found. The authors noted that several projects have either recently been completed on South Avenue, or are ready to get started. That includes the Price Rite that opened at 611 South Ave. in April 2017, a Pathfinder Bank slated for 510 W. Onondaga St. and a full-service restaurant planned for 310 South Ave., the former home of B&B Lounge.

These developments could spark additional investment, the study authors found.

South Avenue-area resident Hollis Mathis, 62, is excited about the prospects for the corridor. 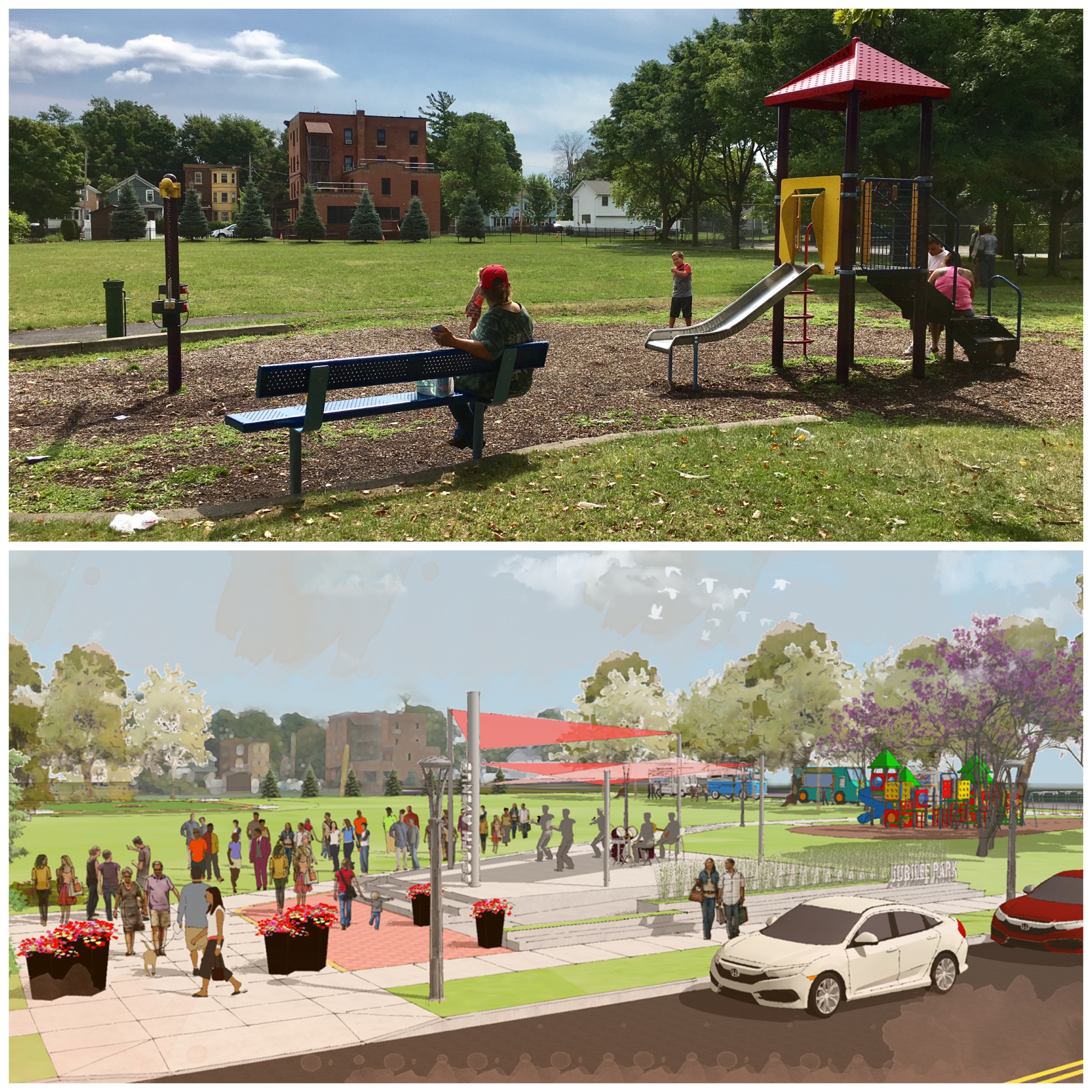 At top, Spirit of Jubilee Park now. Below the potential changes outlined in the study. | Top image by Lyle Michael; Bottom rendering provided by Camoin Associates

“The redevelopment of the corridor will be big,” said Mathis, who participated in a survey at the Southwest Community Center that was incorporated into the study. “We would like to see more grocery stores, business offices, food joints, perhaps a gas station. We certainly do not want to see any bars here.”

He wants the corridor to be crime free, and for it to be rebuilt as a more family-friendly neighborhood.

Most importantly, Mathis said, is to make sure current property-owners in the neighborhood have a place in the proposed revitalized South Avenue corridor.

“Build around us homeowners and not over us,” he said. “This is what we hope for — a positive change, and the study is the first major step.”

Carolyn Evans-Dean, economic development manager for the South Avenue corridor project, said the study should help the city build off the momentum of Price Rite’s successful development on South Avenue.

Raising money for these projects has just begun, Evans-Dean said, with a mix of potential funding resources from private to public investors, stakeholders and business organizations who have expressed interest in the corridor.

“The corridor was ignored since 1970 with problems ranging from crime to property issues,” Evans-Dean said. “With this study, it is recognized as a viable commercial space offering a mix of residential and retail.”

Further suggestions for redevelopment include improved bus routes and bus shelters, brighter lighting along the streets, a neighborhood watch and an increased police presence. “We want the law enforcement to be a part of the fabric of the community,” Evans-Dean said.

Measures that can be implemented quickly include a cleanup drive and modifications to improve the look of the corridor, she said. The city is looking at planting more trees and setting up flowerbeds, bike racks and benches along the corridor.

Deputy Mayor Sharon Owens said she is excited about the potential the study will help unlock. The former CEO of Southwest Community Center believes the economic feasibility survey was essential to gauge what the community needs and wants.

“With this study the groundwork is laid,” Owens said. “The stars have aligned. Now begins the hard work.”