A South Side Facelift

The South Side of the city received a facelift from what was called a Block Blitz. On Friday, Sept. 14, neighbors and residents looked on with anticipation and amazement in the 200 block of McLennan Avenue as volunteers and contractors came together and did a variety of work on the residents’ homes.

The rebuilding of porches, stairs, painting and landscaping were just a few of the many various jobs that the volunteers and contractors were actively engaged in. 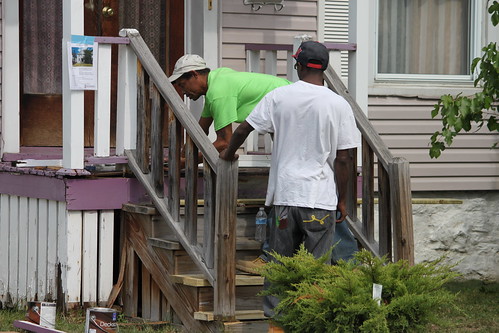 The sight and sounds of jackhammers, saws, hammering and the roaring of trucks lasted until shortly after 3 p.m.

Douglas, of Galaxy Enterprise, who chose not to be photographed stated his organization has Participated each time this event has taken place and has enjoyed it.

The Westside also had the same kindness addressed as well.

So to all of the contractors, neighbors and residents that took part and helped make this day a success, thank you for a job well done!

— Article and photos submitted by Glory Thomas, The Stand Community Correspondent and a South Side resident 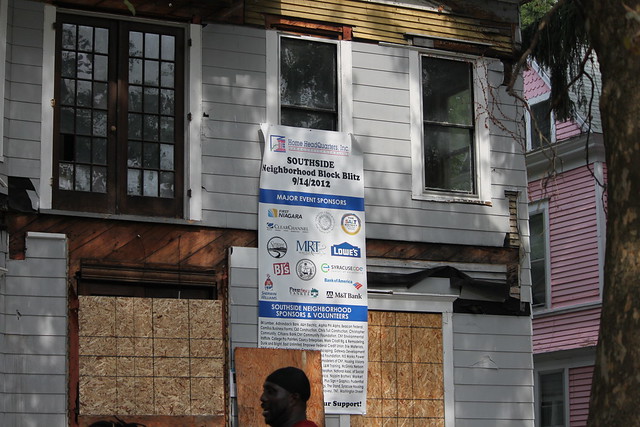 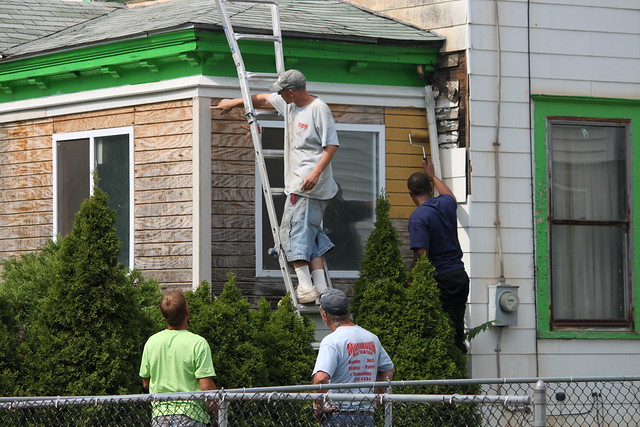 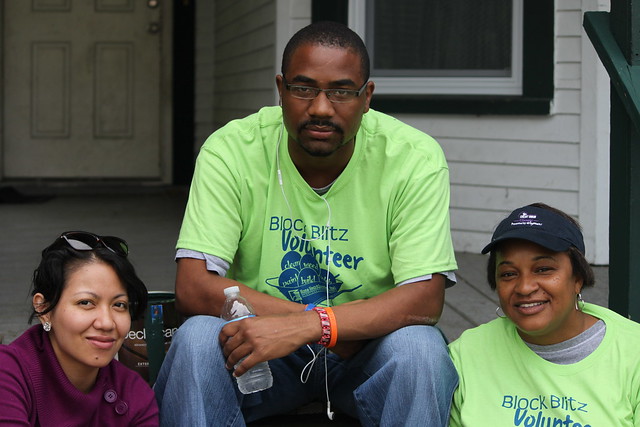 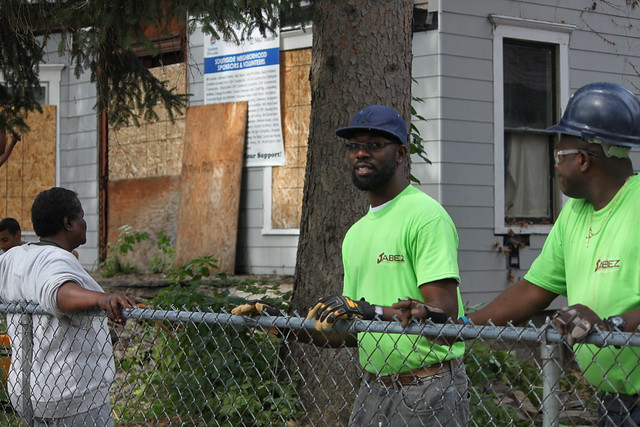 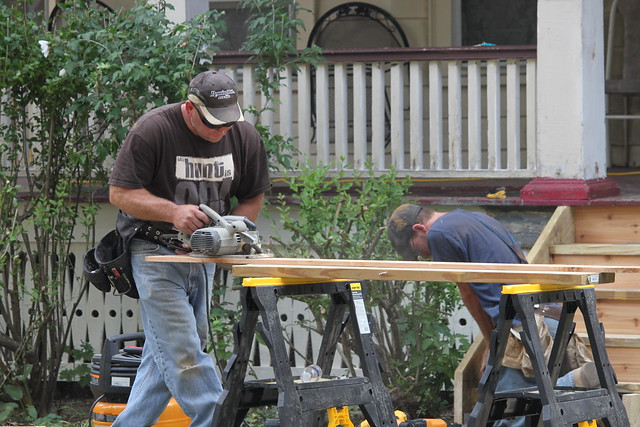