This led me to set up a conference call with a couple of my old friends, Emmanuel Atkins and Eddie “Wallstreet” Brown. Emmanuel and Eddie are longtime members of Syracuse’s own “The Legendary Blacklites.” I asked them to share their story in their own words, and they obliged.  Our conversation was lively and sometimes off point, but we did manage after an hour or so to extract a few facts for the purpose of this column. 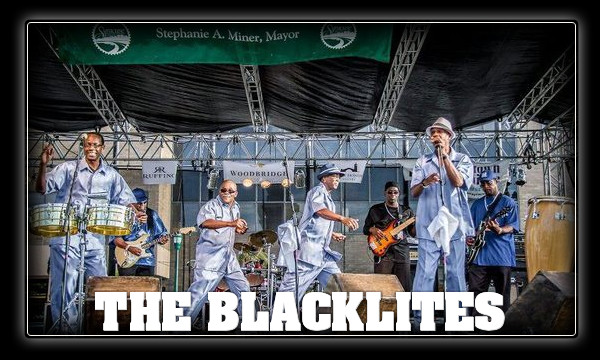 Eddie told most of the story with a few words sprinkled in from Emmanuel for clarity and good measure, and I managed to throw in a few “nah wait a minutes” too, because as I said, we go waaaay back and I thought I remembered some things, too. LOL.

Anyway, the following is the history of the Blacklites as was shared by two of its longest-running members.

The Blacklites group was founded in early 1972 by Keith Broome, guitar, and Mike McBride, bass. They were recruited by Bill Goode to perform at the Goode Family Reunion at the old Mayflower Inn on South Salina Street near Burger King. After performing the reunion, the band dissolved, as a couple of members enlisted in the service and some took up other activities.

By late ’72 Bill Goode (now deceased) had decided to pull the band back together — this time, though, with some new members. The new members were made up of youngsters from all sides of town. Bill’s vision was to build the band modeled on the structure of a family. He wanted each member to look upon each other like siblings. Bill became manager and father figure, while his wife, Mrs. Delores (Dee Dee) Goode (recently deceased, Nov. 30, 2012) accepted the role of the band’s mother. “That was a role that she held dearly until she passed,” said Eddie “Wallstreet” Brown, percussionist and front man for the band since that time, and also her son.

Together the Goodes opened their home for the Blacklites to practice and explore their musical talents, and Bill booked gigs for them. During those early years the band grew to become as large as nine musicians and singers with a road crew of six. Some, although not all, of those early members included Pam Patterson, Lagreer “Sister” Cummings and Connie Edwards and the road crew was Twan Guyder, Sam Dixon, Wayman Godley, Donald Parker, Eddie “Fluid” Alford and Earl “Gator” Darisaw.

TAKE IT ON THE ROAD

By 1975 the Blacklites had become a household name on the local landscape. They were performing regularly at school functions and parties and were doing a regular Saturday afternoon matinee at Debs’ (club now defunct) on Erie Boulevard. People young and old would come from all parts of the city to see them perform. The band’s appeal was universal, and the music was good. Bill saw at that time that the band was ready to advance to the next level so he sought out a larger market where they could perform.

Donald “Raz” Ransom (now deceased) who was the group’s keyboardist provided a lead in to that market.  He had relatives in the Boston area who had confidence in the band’s talent and opened the door for them to go to Boston to pursue their dream and Bill’s vision.

By that time the band had evolved into a solid unit that consisted of Mike, Emmanuel, Donald and Eddie; vocalists, Rod Little and brothers James Patterson and Jerry Patterson; Rick Woods, guitar; and Dexter Dixon, drums. Bill knew that the band would have to be slightly revamped in order to pursue the vision because some of the young men now had other commitments, such as to jobs and families. He also knew that the band would need to be contracted to him, so contracts were signed and in early ’77 the band moved. 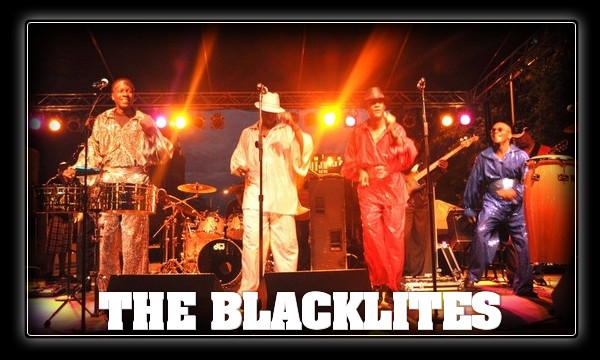 Maurice wanted to purchase Bill’s contract with the band and designate him as their road manager. His responsibility would have been to act, basically, as a patrol to keep them on schedule and in line. When Bill refused the offer, the band’s cohesiveness began to crumble.

The situation left some unanswered questions and ill feelings of animosity between some of the band members, Bill and others, so by 1981 when the contract expired the band completely disbanded.
From that point all of them retreated into their own lives. Some quit performing completely while a few others continued on in other organizations. However, none of their new organizations were as focused and closely knit as the Blacklites had been.

For nearly 18 years the band’s members had continued on their own paths. They raised families, got tenure on jobs and had done all the things most people do in life. The Blacklites had become only a memory.

In 1999 the band SOS was booked to perform at the Juneteenth Celebration. For the community this was a “big thing” because it marked the first time that a national act would headline the celebration. It was an exciting time for many and sparked many creative ideas. That creativity really got going in the mind of Mike Atkins, Emmanuel’s brother.

“Mike had been riding me and some of the other guys for a couple of years trying to get this thing back together. At the time I had a full-time job and was working at my father’s business so I didn’t have a lot of time. But I said if everyone else comes to the table I’ll be at the table,” Emmanuel explained. “He sent us all certified letters and we all had to sign for them,” Eddie added. “He wanted to make sure that everybody knew that we were having a meeting and what it was about. 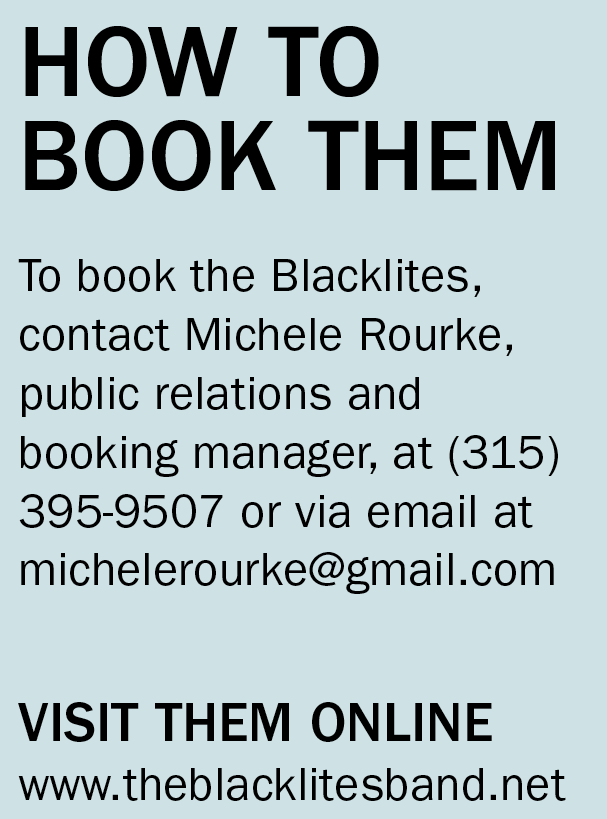 “When we had the meeting Mike didn’t even want us to talk about business at first. He just got us all talking about our lives and what we’ve been in to,” Eddie said. “Then he hit us with the Juneteenth thing. He wanted us to open up for the SOS Band,” Emmanuel added. “We hadn’t performed together in nearly 20 years, and I hadn’t even picked my guitar up since I don’t know when. Somehow or another we all agreed to it, though.

You know how my brother Mike can be when he wants something,” Emmanuel said with a little chuckle.

So here they are now 15 years later. It’s 2013 and it’s been just over 40 since that first Blacklites gig at the Mayflower.

They’ve been back together now for more years than they were during their first run and are even stronger now as a unit.

Emmanuel said, “Before every gig now we all come together and pray. James Patterson usually says a few words.” Eddie added, “We always acknowledge Bill and Raz, and now Mommy. This is the way we keep our focus.”

It has been said that a family that prays together stays together.  Syracuse’s own, the legendary Blacklites — they’re a family.