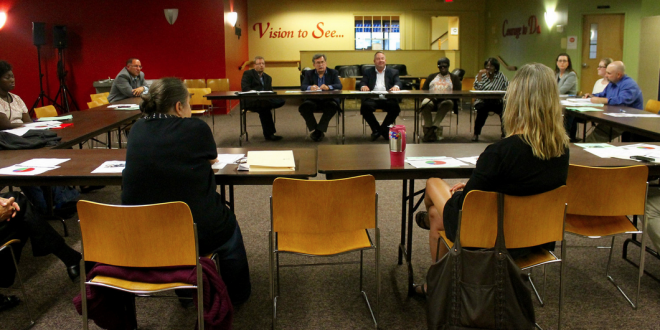 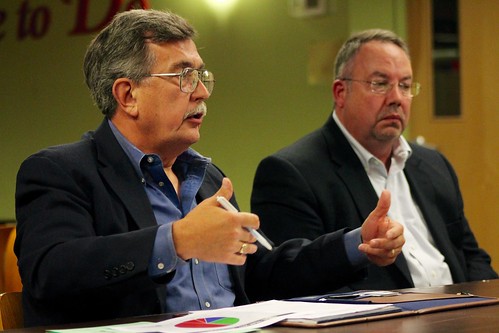 TNT meetings regularly include community members appealing to city department workers, members of the Common Council and community leaders, but the September meeting included Centro representatives who requested that residents advocate on their behalf.

Back in March, Centro held six public hearings across Central New York to discuss changes in its services due to a lack of funds. Eventually, the transit authority was able to secure funding from the state to make up a $5 million deficit. Aggie Lane, a South Side resident who attended the hearings, raised the issue of future funding to the representatives at the Sept. 14 meeting.

“In the history of funding upstate transit, there’s no dedicated funding stream for us, like there is for the MTA down in NYC,” said Richard Lee, the deputy executive director for Centro. According to Lee, the amount of funding Centro receives from the federal and state budget from year to year is unpredictable.

Additionally, Centro uses customer service surveys to improve rider experience, and according to Steve Koegel, the vice president for business development and corporate communications, Centro will be releasing an app in the coming months to feature arrival times and live maps. 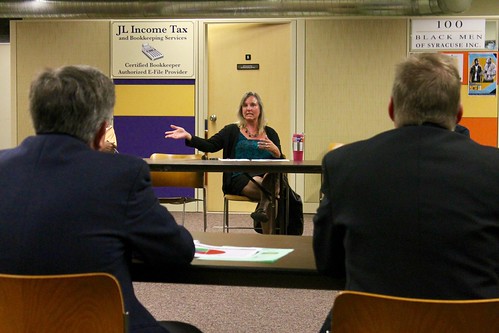 “We should look at this as a citywide issue and identify spots that kids are taking the bus that are not safe,” said Donna Reese, a Centro board member. Tracy Grimm, a Strathmore resident, was distressed about her son who attends the Institute of Technology at Syracuse Central, catching the bus in a dangerous area.

The meeting continued on to regular sections of the agenda, including raising issues to city departments, the future of TNT and ended with a discussion about the community welcome sign on South Salina and Walrath Road.