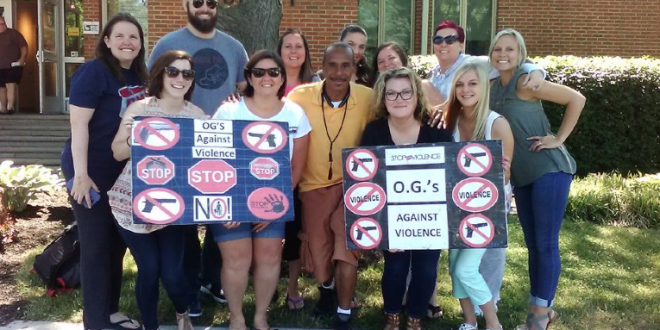 To better understand how neighborhood violence impacts youth, Syracuse therapists met with Clifford Ryans, creator of OGs Against Violence, June 24 to learn about his on-the-ground anti-violence campaign and how they can help.

Their meeting followed the tragic shooting June 19 during an annual Father’s Day cookout where one man was shot and killed and two others were injured on the city’s Near Westside. According to police, at least four guns were shot that evening, including one fired by a police officer.

“The staff wanted insight and to learn how they can get involved with the movement,” Ryans said.

Families in need of trauma support or mental health services can reach out to staff at Liberty Resources or visit a local P.E.A.C.E. Inc. Center which is equipped to offer services and referrals.

The P.E.A.C.E. Inc. Head Start Merrick School, located on the Southwest side of the city, is one example of teachers actively trying to combat the effects of violence on their students.

Recent studies link trauma symptoms in youth to exposure to neighborhood violence, and it is reported that males are disproportionately exposed to community violence than their female peers. 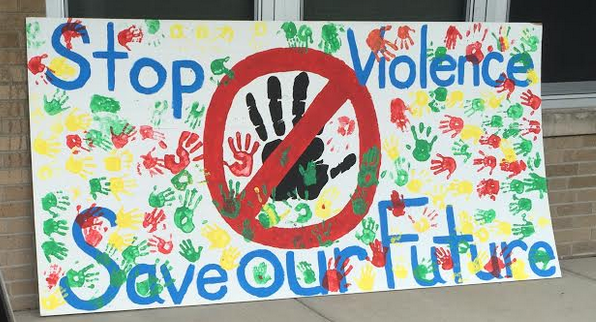 Carolyn Brown, director of community engagement at P.E.A.C.E., Inc., said in the last couple years teachers have undergone training on the impacts of trauma to help better engage with their families and children they teach. This year, shootings near the center prompted teachers to implement programing specifically addressing neighborhood violence.

In April, the school held its first anti-violence march. A second was held June 2 and more are planned throughout the summer. Students also worked together to create a painted plywood sign.

“Teachers at the center told me they were worried at first that the sign might be defaced, as many things are not safe in that area of Hudson and Tallman,” Brown shared. “But no one has messed with the sign and that shows respect from the community and that they want their streets to be save for the youth.”

The National Action Network and the congregation at St. Lucy’s Church will join forces this week for a celebration of unity in response to the chaos that occurred June 19. The event is set for 6 p.m. Thursday at Skiddy Park. Alexander Marion, press secretary with the Office of the Mayor, confirmed Mayor Stephanie Miner will speak at the event.

Organizers encourage attendees to wear orange in support of Gun Violence Awareness Month and to bring a chair. 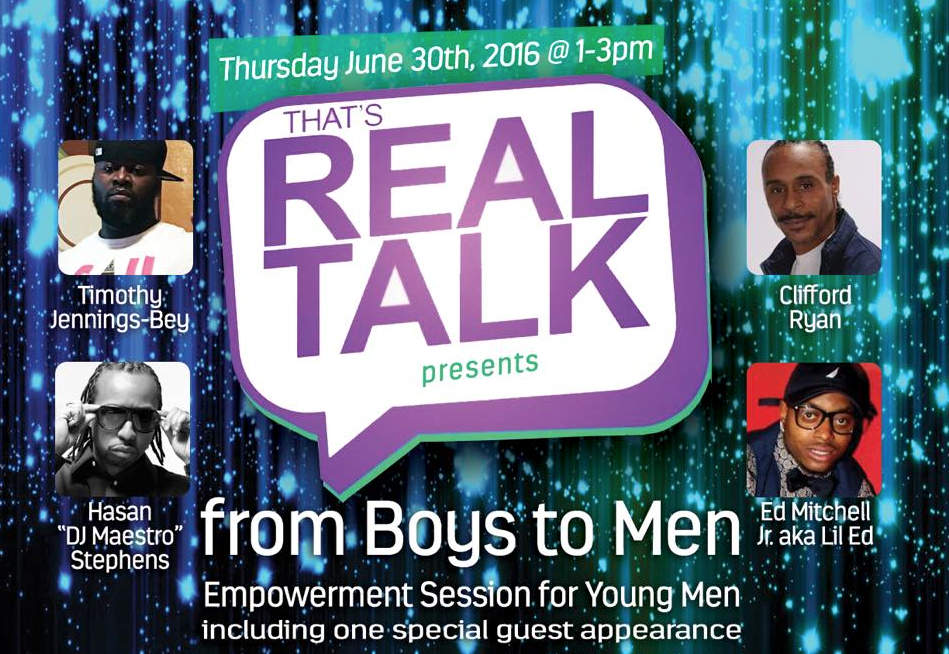 During the day on June 30, That’s Real Talk will present From Boys to Men, an empowerment session for young men at the Believers’ City Chapel, 1640 South Ave. The event was originally scheduled to be held at the Chess Club but organizer Indaria Jones said the location was moved because they are now expecting a larger crowd.

“The chaos from the event on Father’s Day is such a tragedy,” she said, “but I am glad that the community has awakened to the violence and issues within our systems that need to change.”

Jones has organized past events with Girls Aim Higher, and said she always wanted to do a session for young men. This time she invited men from the city to empower and educate their young peers. Speakers will include: Timothy “Noble” Jennings-Bey, Clifford Ryan, Ed Mitchell Jr. and Hasan Stephens.

Jones, also has her own brand, FCKTHECLOSEDMINDED, that aims to empower local youth and African-Americans.

“We service artist, entrepreneurs and individuals with image consulting and brand development,” she explained, “all while expanding the minds of the close minded through fashion, education and art.”

On Sunday, Near Westside musician Melissa Gardiner will continue her music series at the park. She held the first event of the series June 26 in spite of the recent violence. Her Latin drum circles will be held from 12:30 to 2:30 p.m. Sundays at Skiddy Park and continue through August. All musicians and community residents are welcome.

“I plan to uplift my community the best way I know how,” she said, “through music.”

— By Ashley Kang, The Stand director; if you have an event or resource to share, email ashley@mysouthsidestand.com