Counselor teaches young men the value of embracing their visions

When Halston Canty talks about his work on the South Side, he puts the adolescents first.

Canty, 34, is a family service case manager and youth counselor at the Southwest Community Center, as well as a student at Syracuse University. He works with the Journey to Manhood program, which for the past eight years has been helping young men develop social skills and coping methods. 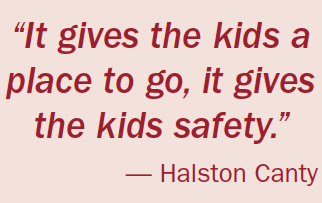 The program has changed and evolved a lot since its inception in 2008 when Valerie Hill founded it. Back then, Hill witnessed a shooting and decided she had to do something to create change in the neighborhood, she said. She went to the Southwest Community Center at 401 South Ave., and began to volunteer. A few weeks later, she delivered an action plan for Men Empowering Men, and the group thrived for a short while. But when she saw interest begin to die out, she re-established the program as Journey to Manhood, or J2M.

The program still operates out of the center. Through discussions, field trips and workshops, the boys in J2M work to create a brotherhood and support system, Hill said. Funded by the New York State Health Department, the program serves up to 30 boys at a time, and they range in age from 11 to 15 years old.

Each day when the boys arrive, Hill said, they pledge the program’s motto, which is: “If I am a man I am strong, I am educated, I am intelligent. I am handsome, I am ready and I am successful.”

After the pledge Canty, who was hired by Hill,spends time with the boys, hearing about their lives and their daily routines. He tries to inspire them to reach for their dreams. 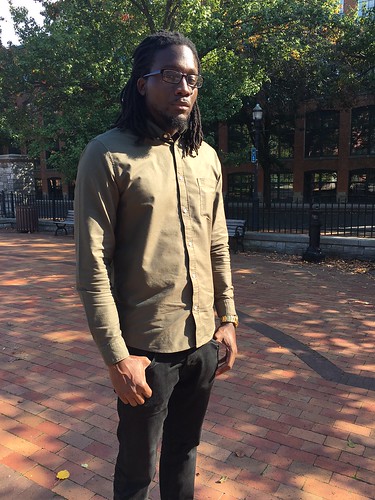 Halston Canty helps young Syracuse men transition into adulthood by teaching them that they are valued and important.

“Developing a positive attitude no matter what, even though some people say it’s corny, or cliche, it really has transformed my life so much, and I can’t thank God enough,” Canty said.

Hill said the boys are receptive to Canty and look to him as a role model. When he is not at work, the boys ask, “Where is H? Where is Mr. H?” She thinks they relate to him because he has experienced many of the same things they are going through now.

Canty’s mother, Hedda Canty, says that although her son witnessed a lot of the same problems as today’s inner-city youth, he never lived it.

That’s because his father was in the military, and she said that her son knew he would be disciplined if he got into trouble.

“Now he is with these kids and the stories he hears about their life at home, I think it really changed him like, ‘This is really happening,’” Hedda Canty said. “I think it grew him as a little more understanding of what goes on in the inner city that he really knew, but didn’t live.” 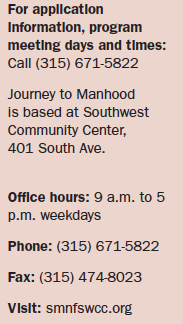 Canty was born in Florida but grew up in Syracuse. After graduating from high school, he didn’t have the means to go to college, he said, and instead joined the U.S. Navy. After four years in the military, he went to college and studied music production. He then went to Tampa to work on a record label; while there, his father died. Canty and his mother say his father’s death changed him.

“I was getting older, I was getting to the age where I had to just stop chasing my tail basically,” Canty said. “I’ve got to start applying all the information I have in a good way.”

Canty still makes music when he isn’t at the center or studying at SU for his master’s degree in social work in the David B. Falk College of Sport and Human Dynamics. He hopes to open a clinical practice. He is now working alongside George Lynch, another youth counselor at the center, and they both want to see J2M develop and evolve for years.

Hill said she plans to organize a conference for young men to inspire them to change their lives or join a program like J2M.

As Canty expresses support for J2M, he still puts the youth first.

“It gives the kids a place to go, it gives the kids safety. It gives them the chance to go to a different area and see a lot of positive men there that are giving back to their community,” Canty said. “It allows the kids to get outside of their neighborhood and actually go places that they might not have the opportunity to go with their own families.”