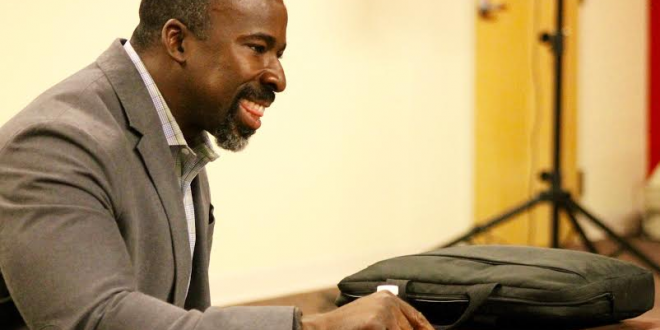 Two entrepreneurs, from distinct walks of life, talked about their experiences starting their own businesses at the South Side Innovation Center Saturday, Nov. 21. 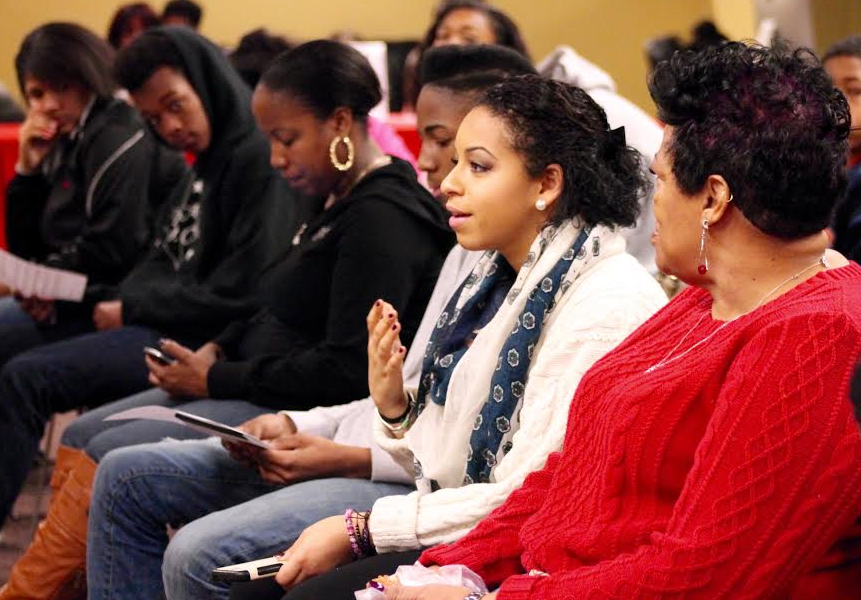 Janna Stephens, 16, asks the entrepreneurs about her concerns of going out on her own soon and leaving the comforts of home.

Saquan Lewis, born and raised on Syracuse’s South Side, started his clothing line, Team Les Go, in order to fund his goal of turning his first novel, “Dangerous Hood Dreams,” into a play. Facing roadblock after roadblock, like finding an editor for his book, locating an outlet through which to publish and distribute and setting up a store to sell his clothes, Lewis said his biggest accomplishment is grasping all the skills he’s gained thus far.

“I never let anything stop me, I kept pushing forward,” Lewis told the crowd of about 30. “This is my first time running a business, and I still have a lot to learn.”

After years of consulting in various industries including healthcare, food service and night clubs, Chinedu Okigbo started his own company, Ariella Signs Inc., 11 years ago. Born in Nigeria and educated at boarding schools in the United States, Okigbo talked about selling watches as a kid in Nigeria and starting an athletic wear business in Spain, but the most compelling part of his story was when he was pulled over in New York City.

According to Okigbo, he was wrongfully arrested and spent the night in a maximum security prison before the prison guards realized he shouldn’t have been there.

Okigbo said he tells that story in order to bridge the gap between his background and the youth he spoke to. “The disconnect is there because they think they have it a lot worse than I had, or I could relate to,” he said. “Now they look at me with a different eye than they did prior to hearing about that experience.” 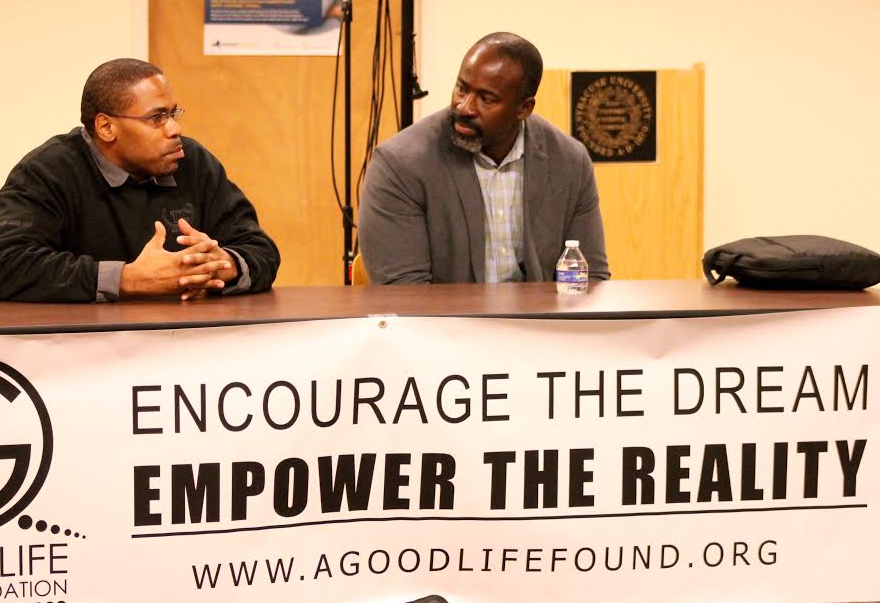 Saquan Lewis, left, and Chinedu Okigbo answer questions from the crowd after their talks.

Howard Jones, 31, attended the workshop because he wanted to hear about the
entrepreneurs’ realities of starting a business. He said he could relate to Okigbo’s confidence and realized it’s okay to be so self-assured.

“That self-belief is what you need, and people want to tear you down because they don’t have that belief because of their environment and the things they’ve gone through,” Jones said. “But it’s okay for me to have that.”

The Good Life Youth Foundation, which hosted the event, aims to instill financial literacy and independence in youth through workshops like this one, which focused on entrepreneurship.

Hasan Stephens, the founder and executive director of Good Life, said he was inspired to create the organization by his own experiences as a child and as a teacher in the youth prison system.

“I was poor growing up; I didn’t have anything. I needed to learn how to understand money and I was destined to tell people how to do it,” he said. “Working in the prison system, I recognized a lot of the same faces coming in and out and decided, what is it on the outside that we can do to keep them from coming into prison?”

Stephens opened the event by posing questions to the crowd, which included adults and kids as young as 7 years old, to encourage them to think about what services they can offer the community through owning their own business. He then put on a video of rapper Jay-Z speaking about embracing “genius-level talent” that everyone has. Stephens said he uses hip-hop often to convey messages and connect with youth.

His goal was to get people enthusiastic about entrepreneurship in the community, and Lewis reiterated that as one of his objectives. “You can change any day, you don’t have to think ‘oh, I’m too old,’ you can change now,” Lewis said. “If you want a business, you can start it right now. It’s not too late.”