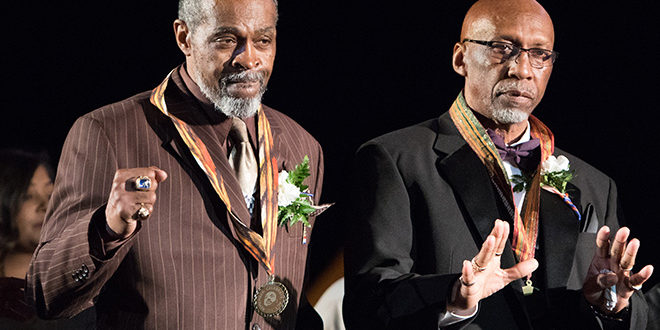 It was the year 2000. I was going to CAPS (Behavioral Health Services) for outpatient substance abuse treatment when one of the counselors asked me: “When you’re not drinking and abusing drugs, what do you like to do?” 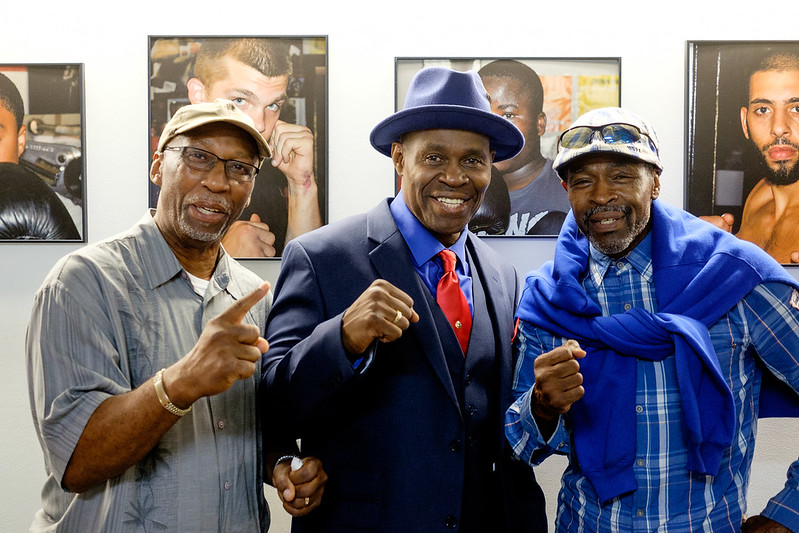 Ed “Bang Bang” Beauford, left, and Arthur “Bob” Harrison pose with Dale Harp, center, during the 2014 From Where We Stand Photo Exhibit that featured images by Harp of young boxers who train with the pair. | Bob Gates, Staff Photo

I told her I liked drawing and weight training. She said she couldn’t help me with the drawing, but she could give me a pass to use the gym at the Rescue Mission. I accepted, and I ran into four of my friends I grew up with — Arthur “Bob” Harrison, whom we had nicknamed “Harry”; Ed “Bang Bang” Beauford, because of his prowess in a pro boxing career; Ron Williams, known for his bass guitar playing and weight training; and James Jackson, an amateur boxer and a sketch artist who also dabbled in the culinary arts.

At the time, they were all working on getting a building to begin a place for boxing, exercising and a place to help children do their homework.

Growing up from childhood to adulthood, we all changed our lifestyles, and we used that energy to do things that were positive. We showed our children and grandchildren that some roads are not to be traveled.

The four have established the Faith Hope Community Center, located at 1029 Montgomery St. They are doing a wonderful job keeping the youths that they encounter o the streets and away from a life of crime or an early grave.

I guess this was something that the generation before us didn’t see because whenever we did something bad or wrong, they would applaud it and say that’s a bad little (profanity), which made us feel that we had to live up to a reputation.

So we would fight one time, two times and sometimes three. But as we got older, we could shake hands and laugh about the fights we once had. I cannot say that the older generation was truly misleading. It was just their way of showing us if you fall, get up and try again. The younger generation is playing for keeps, and when the time comes for them to realize that they were wrong, there will not be a time to go to the cemetery and say: “Man come on up out of the ground, we were only playing.” 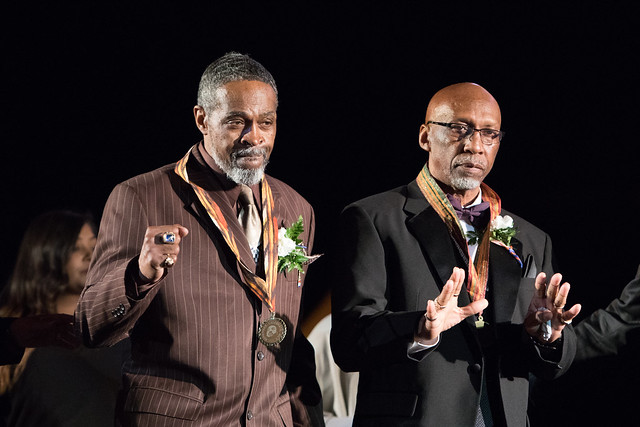 Faith Hope teaches these young men that they don’t need violent behavior in their lives to be respected as great young men.

I have watched this center grow over the past 18 years, even documenting its successes in photos for the 2014 summer-long photo project From Where We Stand, led by the South Side Newspaper Project. Support has increased as volunteers offer a helping hand to keep our youth rolling in a respectful manner.

Volunteers include men such as “Goat,” who is an exercise analyst and a karate expert. Also, Ali, who helps the up-and-coming boxers. John Johnson, who is a barber and also has a son who has become a great middle-weight contender. His son is Elijah Johnson. The boy has the right temperament that a young man should have, and if you were to meet him, you would never know how he performs in that square circle (ring). They have made this succeed through donations and sometimes money from their own pockets. They are still in need and have hope in their community.

On Jan. 28, Syracuse University honored Harrison and Beauford at the Martin Luther King Achievement Awards dinner. This was Beauford’s second time. I truly commend these men for the wonderful job they are doing to help save our youths of all races, treating them equally.

I have even had the opportunity to go along and be the corner man for these youth as they applied what they had learned in the gym, truly a remarkable experience. The gym is equipped for the whole family; everyone is welcome — free of charge.

Beauford and Harrison are both what I call black history historians. Beauford was a Golden Gloves Champion in 1969, in which he came in second place, making him an alternate for the Olympics. Harrison was the first man to get a verdict overturned before time of sentencing, a charge that could have netted him 25 years to life, all because he was being wrongly convicted. But he has no ill feelings for the courts and says it’s all history now. He has learned from his mistakes and wants younger men and women to take heed of what he has overcome.

They want to continue to reach out to the community so that our youngsters have something to look forward to in the years ahead.

— Article by Dale Harp, The Stand board member