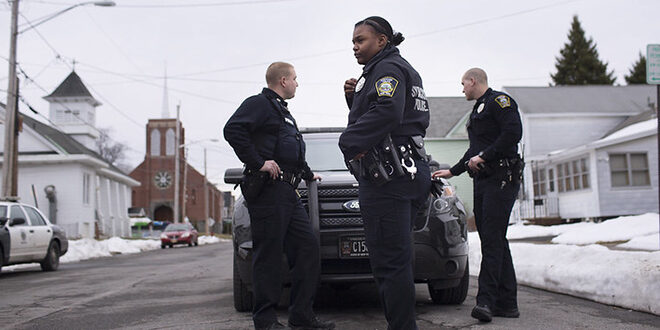 Syracuse Common Council has appropriated up to $257,000 from the American Rescue Plan Act to allow an expansion on mental health providers to co-respond to 911 calls alongside police officers.

“As a community we’re proving that this methodology works,” Owens said.

Liberty Resources has responded to 911 calls involving people in crisis since 2021 and has co-responded to 183 calls with the Syracuse Police Department.

The project has diverted 83% of those experiencing mental health and/or substance abuse from unnecessary hospitalizations and arrests citywide, and made an 87% impact in Onondaga County in 2021, according to a presentation given by Tania Lyons, the regional mobile crisis team supervisor and Theresa Humennyj, a licensed clinical social worker.

Although the project has garnered successful results, 5th District Councilor Joe Driscoll voiced his frustrations that the Mobile Crisis Team has only been funded by grants and Medicaid Managed Care over the years and that the city doesn’t have the resources to fund the project on its own.

“The city of Syracuse is very fortunate at the moment to have [American Rescue Plan Act] funding which allows us to take initiatives,” Driscoll said. “Often, we, in the city, don’t have the expandable budget to take initiatives and on typical years we end a few million short.”

The federal funding from ARPA will offer more coverage allowing licensed therapists and other mental health professionals to be available to manage multiple crises at once.

With this new project, Dale said there is now a “triaged” way to respond to mental health crises. Contact Community Services will be in the 911 center to dispatch a member of Liberty Resources’ mobile crisis team.

“The project moves our points of intervention into prevention,” Dale said. “It is a diversionary program that moves non safety issues to mobile crisis. What we’re trying to do is free up law enforcement even more so they can respond to community safety issues … and let us manage the [mental health] crisis in the community.”

Deputy Chief Richard Trudell said mental health calls are one of the most dangerous police can respond to because all involved are put in harms way — “the person(s) in crisis, civilians and police officers.”

“For officers to have Liberty Resources as a resource, along with [Crisis Intervention Team] training and de-escalation techniques is really important,” said Trudell, who noted Liberty Resources’ intervention reduces the need for police to step up their level of force.

Liberty Resources’ mental health providers have worked with Trudell to train officers in crisis intervention as well as work with the hostage negotiations team.

Liberty Resources started providing mobile crisis in 2015 in Cayuga County and expanded into a five-county region in 2017, including Onondaga County.

“We are trying to support stable crisis stabilization in our community and ensure that all folks are able to receive the help they need when they need it,” Dale said. “We are partnering with community partners, with law enforcement and other service providers to prioritize the wellness of our community.”