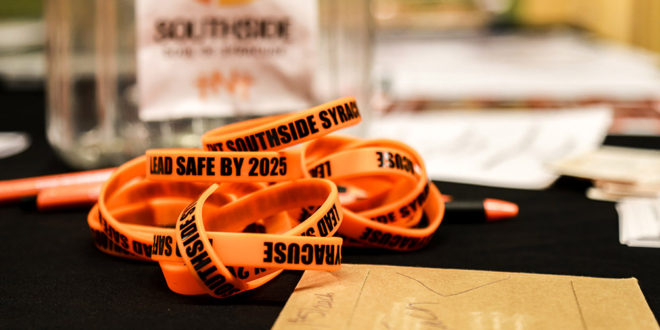 As a retired social worker, Jaime Howley has seen all sorts of people in Syracuse suffer from lead poisoning: bridge painters, plumbers and even children, whose undeveloped nervous systems make them particularly susceptible to the ravages of lead.

In Syracuse, lead paint is a significant source of poisoning, according to organizers of the newly formed Syracuse Lead Prevention Coalition. Ninety percent of the housing stock in Syracuse was built before 1978, the year lead-based paints were banned, explained Fifth District Common Councilor Joe Driscoll.

That means much of the city’s housing stock is covered in this potentially dangerous paint. And that paint, as it ages and flecks off, becomes dust that painters, plumbers and children can too easily inhale, Howley said.

That combination of old construction and frequent exposures made Syracuse the city with the highest percentage of childhood lead poisoning between 2009 and 2015, according to a 2016 study in the Journal of Pediatrics. 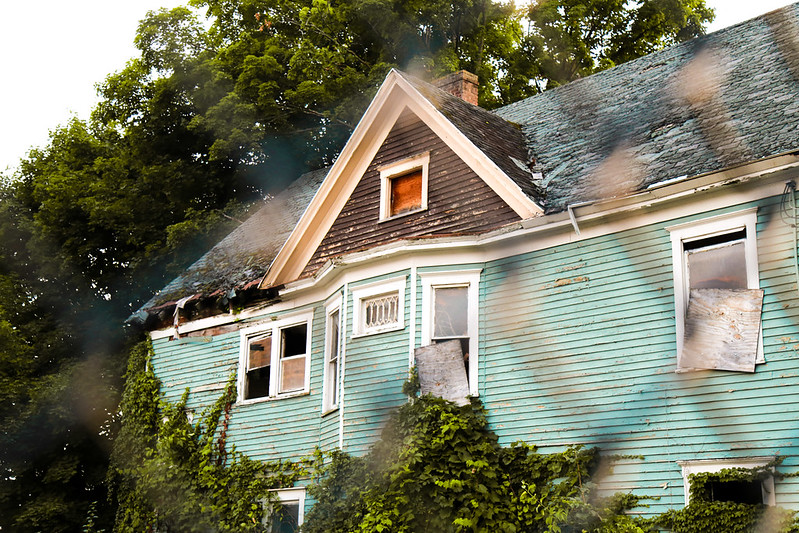 According to Southside Tomorrow’s Neighborhoods Today, many of the abandoned houses in Syracuse are believed to be potential lead paint hazards. | Sara Lafkir, Staff Photo

Once again, the community in Syracuse is joining efforts to end lead poisoning, searching for funding, creating action plans, building awareness and ramping up code enforcement.

Palmer Harvey, co-chair of the Southside TNT Housing Taskforce, said that some people think that the lead poisoning issue ended. It did not, she stressed.

It is a preventable health issue, Howley added.

Lead poisoning can have detrimental effects on everyone’s health, but it is more damaging for children under the age of 6. According to a 1990 study published in the New England Journal of Medicine that examined the long-term effect of exposure to lead, childhood lead poisoning can negatively impact academic success and may lead to impairment of reading skills and deficits in vocabulary, fine motor skills and reaction time. Lead can be found in lead-painted surfaces (paint chips and dust), water pipes, toys, jewelry and soil, Howley said.

Every year the U.S. Department of Housing and Urban Development offers grants to clean up lead and other housing-related health hazards. After being denied funding for three years, Stephanie Pasquale, commissioner of the city’s Department of Neighborhood and Business Development, said that they reapplied for the full amount of $3.5 million for lead hazard remediation and $600,000 in healthy homes supplemental funding. This year, the city is partnering with Onondaga County to apply for the grant, Pasquale said.

Home HeadQuarters, a non-profit community housing development organization, is also working on a lead poisoning prevention action plan called “Get the Lead Out” that is going to be publicly released in fall 2018.

Katie Bronson, director of the Community Housing Initiatives at Home HeadQuarters, said that the action plan is a joint effort of housing, healthcare and community organizations in Syracuse to prevent lead poisoning in the local community. 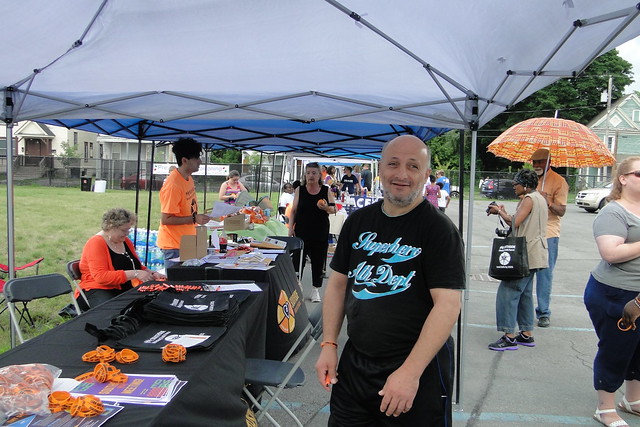 The Southside Tomorrow’s Neighborhoods Today Housing Taskforce held a Get The Lead Out Block Party on July 28. In addition to raising awareness of the dangers of lead poisoning for youth, the day included games, a bouncy house, food, giveaways and music. | Charles Pierce-El, Staff Photo

The Syracuse Lead Prevention Coalition, in partnership with other nonprofits, is drafting legislation to strengthen the city and the county efforts to prevent lead poisoning, Driscoll said.

“A lot of what we’re doing is looking at what Rochester has done. Rochester had very good results at fighting lead exposure,” he added. Rochester’s Coalition to Prevent Lead Poisoning was established in 2000 and works with a team of volunteers and local organizations to raise awareness and reduce the number of cases of lead poisoning in children.

The most recent awareness effort here in Syracuse was held by Southside TNT. On July 28, the group hosted a “Get the Lead Out” block party to raise awareness about lead poisoning and ways to prevent it. Around 400 to 500 people attended, Harvey said. Parents need to be aware of lead poisoning and its impact before their children get poisoned, she added. The nonprofit is also giving out 1,600 “Lead Safe by 2025” bracelets for free to promote face-to-face awareness. 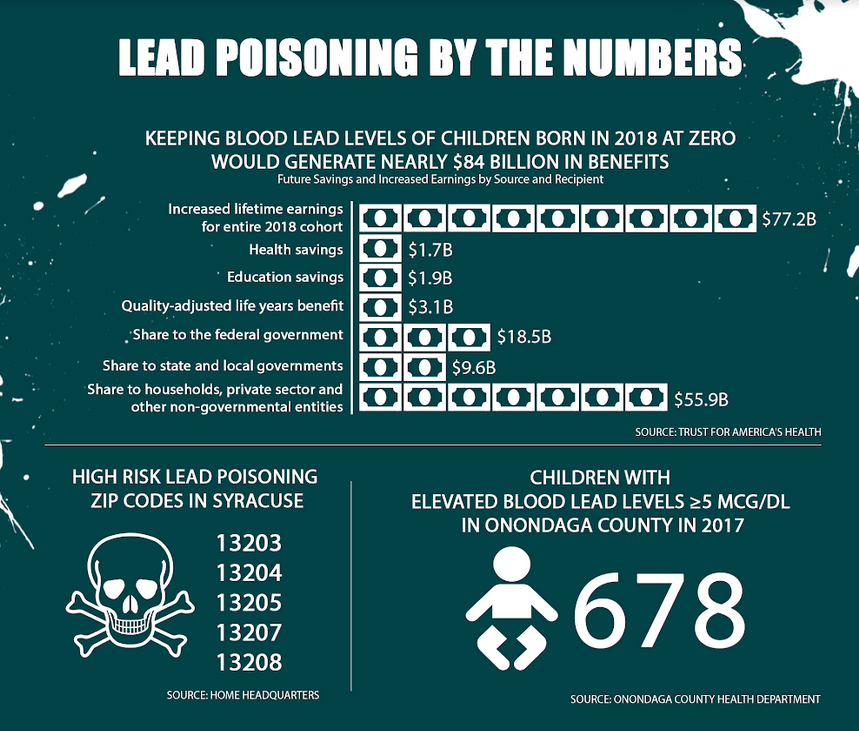 Besides parents, landlords are also responsible for providing lead safe living environment for children, Harvey said. Lead paint abatement is the ideal, but it can cost around $50,000 to $65,000 per household, Driscoll said.

In early 2018, Home HeadQuarters introduced the Syracuse Landlord Property Improvement Loan Program to provide landlords with loans of up to $25,000 for code violation and/or lead remediation improvements. Around 40 landlords applied to the program funded by the Community Development Block Grant Program, Bronson said.

Expensive house maintenance is not the only solution, Howley said. “It’s good parenting, good schooling, good nutrition and good maintenance of the housing,” she added.

The Onondaga County Health Department advises parents to protect their children from lead poisoning through simple tips. Keeping them out of the house when painted surfaces are being worked on, wet mopping floors and wiping window sills, washing the child’s hands often, especially before eating and napping, washing their toys often, using cold water for cooking and mixing formula and promoting high in iron and calcium food such as peas, beans and dairy products.

Children are the most vulnerable population, Howley said.

If they don’t get early interventions, she stressed, the damages they get from lead will follow them through the rest of their lives. “The children are worth it,” she said.