The Syracuse Common Council overwhelmingly approved a special permit for a halfway house on Lincoln Avenue Monday, Feb. 8, but warned the company running it that it needed to improve relations with neighbors.

The 8-1 vote allows Syracuse Behavioral Healthcare to move ahead with a proposed 22-unit facility at 168 Lincoln Ave., but requires that it report back to the city in July to prove that things have gone according to plan.

“I don’t want to see another vacant building. I want to see this neighborhood move forward,” said Councilor Kathleen Joy, chairperson of the economic development committee.

Syracuse Behavioral Healthcare runs a number of community residences for people recovering from addictions, including The Willows on James Street.

The vote came in the face of opposition from Syracuse United Neighbors. Mercedes Bloodworth, a community organizer with SUN, said that the Southwest Side of the city is “already saturated with these sorts of facilities.”

“The Southwest Side has always been open to any race, any kind of problems,” Bloodworth said after the vote. “It’s not about recovery, it’s about the building.” 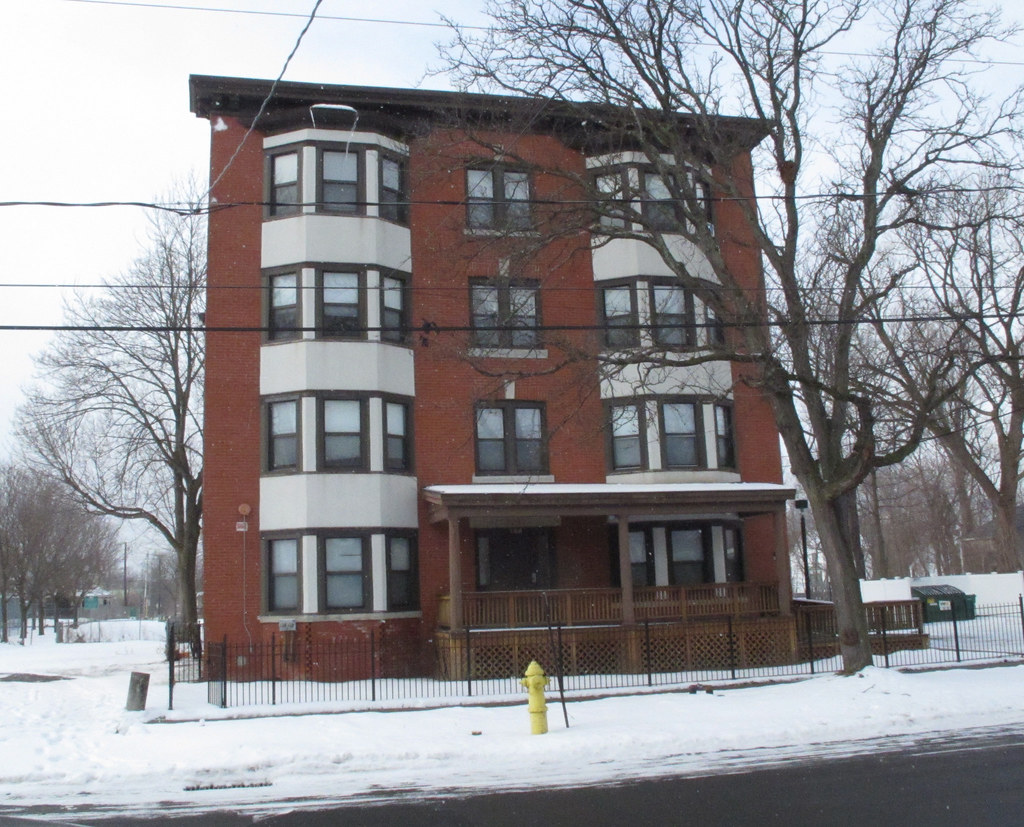 Jeremy Klemanski, the president of Syracuse Behavioral Healthcare, said that most of the neighbors’ complaints were due to misunderstanding.

“There wasn’t an effort to learn the truth,” he said before the vote. “A lot of accusations, insinuations, name-calling. There’s clearly no desire to seek facts here.”

Klemanski also noted that halfway houses often have a positive impact on a neighborhood. “The last thing a person in the drug trade wants is to be near a facility with employees trained in prevention who can identify behaviors and notify the police,” he said.

Syracuse Behavioral Healthcare planned to open a halfway house, but in August it initially moved three homeless people and a staff member into the building to make sure it maintained its zoning permit. This unannounced move rankled the neighbors.

Klemanski stopped short of apologizing, but he noted, “This [homeless shelter] isn’t what we’re good at. The new facility is what we’re good at.” After the vote, he predicted the halfway house would be operating within six weeks.

Christine Kirk owns a home on Lincoln Avenue, where she’s lived for more than 30 years. She said she hasn’t had any problems lately, but is concerned that there won’t be enough supervision.

“If they’re going to have people in there, they need someone who’s really going to work with them, not just put them in there and forget they’re there,” she said. “I don’t want drugs around my grandkids.”

Another long-time Lincoln Avenue homeowner, Bobby DeLee, questioned whether the street was a safe place for the clients themselves.

About 80 supporters of the halfway house filled the common council chambers for the vote Monday afternoon, wearing Syracuse Behavioral Healthcare T-shirts and holding signs. One of them was James Clark, a former client who now works with other recovering addicts. Clark, 48, came to Syracuse 10 years ago from Rochester, where he was homeless and struggling with dependency.

“At a halfway house, you have a community within a community,” he said. “SBH has supported me and given me opportunities to go to school. I’m just one among many.”

Clarissa Brown is a current client who’s been at Syracuse Behavioral Healthcare’s facility on Genesee Street since August. “They helped me tremendously,” she said. “I had a dependency and if it weren’t for them, I don’t know where I’d be.”

She also said that Lincoln Avenue homeowners shouldn’t be worried about crime because clients have a full schedule of activities that keep them out of trouble. “They’ll probably be getting people who are in bed by 10 o’clock,” she said.

In announcing their votes, several common councilors stressed that the permit could be revoked if Syracuse Behavioral Healthcare doesn’t improve its relations with neighbors. Joy encouraged neighbors to let her know if there were problems, but she also cautioned, “Don’t dig your heels in and oppose something just because you want to be opposed.”

Councilor Patrick Hogan, in whose district the building is located, said, “A ‘no’ vote on this issue, I am convinced, will just result in another vacant house.” The previous week, after a council study session on the issue, he called it “a very difficult decision.”

“I know SBH would run a pretty good facility to help out people who are in need,” he said. “On the other hand, people on the Southwest Side feel they’re kind of a dumping ground, and they are.”

The lone vote cast against the special permit came from William Ryan. Looking out at the sea of supporters, Ryan addressed Klemanski, saying, “Frankly, Jeremy, you didn’t get it and you still don’t get it. This isn’t about fair housing and recovery, this is about being a good neighbor.”

After the vote, Klemanski said he was confident the halfway house could prove itself by July. “We’ve been trying to work with neighbors since the beginning of August and we’ll continue to do that.” Bloodworth, from SUN, held up a pair of toy binoculars and said, “We’ll be watching.”