Hope for a New Direction

The New Direction Christian Center (NDCC) jumped on the opportunity to make sure that giving was more than just a theme this season.

Each year, a different group is identified and an effort to meet that group’s needs is taken up by volunteers who give their resources, mainly from the church, located at 610 Willis Ave. on Syracuse’s West Side.

Through New Directions Community Network Inc., the non-profit organization of NDCC, teen mothers from the Salvation Army’s Transitional Apartments and Parenting Center (TAPC) were given duffel bags and backpacks full of gifts. Within the bags were various items including things like baby clothes, household items, and supplies. More than 50 bags were filled by members of NDCC. 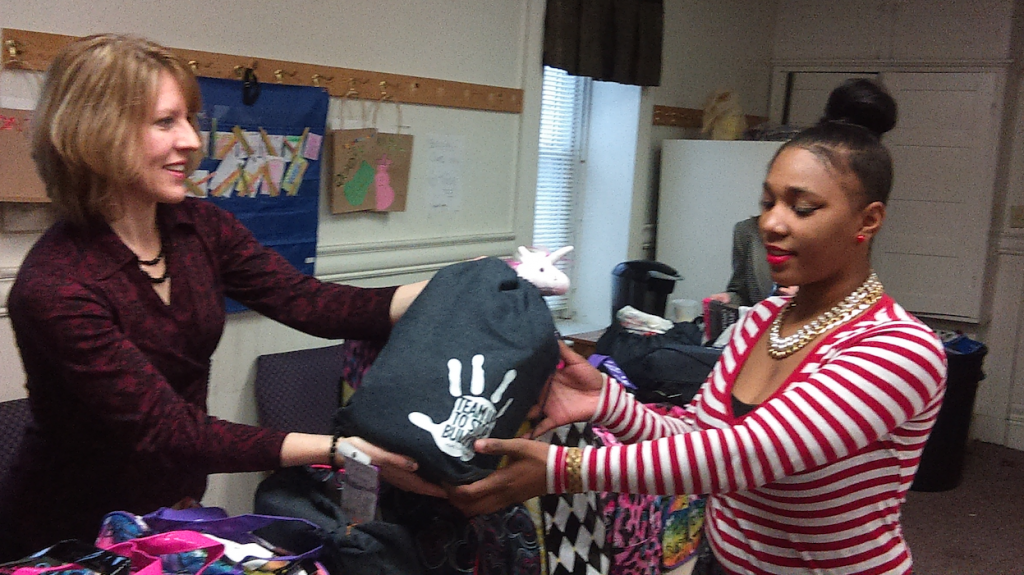 Andrea Macie hands out one of the donated bags to Shataiya Myers.

“As soon as we put out all of our backpacks and duffel bags, they were gone,” said the Rev. Tongela Smith, wife to the Rev. Kenneth Smith. “One family adopted five [families]. Another family adopted three. In fact, we had to go out to get more bags because of the overwhelming response that we received.”

In addition to giving to the mothers and mothers-to-be and their children, NDCC congregants also helped to give backpacks away to two families from Meacham Elementary School. School administrators from Meacham chose the families to be sponsored to be a part of the giving initiative.

An advocate for partnerships and working together, the Rev. Kenneth stated that “the bottom line with churches is [that] it’s important that we do collaborate, not only with non-profits, but to collaborate with the community to be able to build the community up.”

Although the Revs. Kenneth and Tongela have been working to make an impact in the community for many years together, the Rev. Tongela desired to do more initially for young women.

More came in the form of the establishment of New Directions Community Network Inc. in November 2010. The organization’s mission is “to provide at-risk youth with nurturing inspiration, preparation and knowledge through group mentoring, life skills, career exploration, and community volunteerism.” 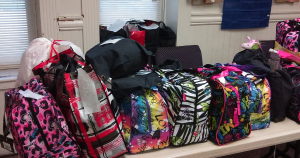 The Network was able to donate 50 bags.

The Rev. Tongela, a native of Niagara Falls, NY, became acquainted with the TAPC years ago by a woman who worked for the center at the time. While getting to know the woman, the Rev. Tongela began to share her heart with the woman about her desire to meet the needs of a community of women who really needed the help. To complement and address the needs of the guys, the Rev. Kenneth works to reach and empower young men that are in need of similar support.

“I’ve always inspired young women from the time I was 16 years old,” said the Rev. Tongela, who is the CEO of the organization. “I had a mentor who was Reverend Al Sharpton’s wife, Kathy Jordan Sharpton. She inspired me, and as she mentored me, I mentored others.”

There are two young mothers that they have served within the past two years from TAPC. Both are working, living on their own. One is in college studying criminal justice. The other young lady currently serves as a mentor, helping other young women who were or are in a similar situation like she once was. Both are now a part of the growing NDCC multicultural congregation of 130 attendees each Sunday.

With the long-term goal to address a growing need in the community, the hope for the Network in the future is to build a homeless shelter to serve those within Onondaga County. They also hope to promote and offer health and wellness programs through the Network.

“[H]omelessness in our community,” the Rev. Kenneth said, “[is] really what New Direction is working towards. There’s a limited supply of places, shelters for people to go to.”

During the Christmas giving season is, culturally, oftentimes overshadowed by the concern for getting. The point of the actual holiday, which is to celebrate the birth of Jesus Christ, is commonly forgotten, but efforts in the community like the giveaways by the Network to those in need demonstrate how it is always better to give rather than to receive. This Christmas, the hope is that giving to others will continue beyond a season as efforts continue to move the community into a new and better direction.

— By Tajuana Cerutti, The Stand board member