In Fear of Closure

With the United States Postal Service embroiled in well-publicized financial troubles, concerns have grown among some South Side residents that the neighborhood’s last local office — on the corner of Colvin and South Salina streets — could be closed.

Regional Postal Service officials say they have made no decision, pending a study of residents’ use and revenues coming into the branch, which is located at 2200 S. Salina St. 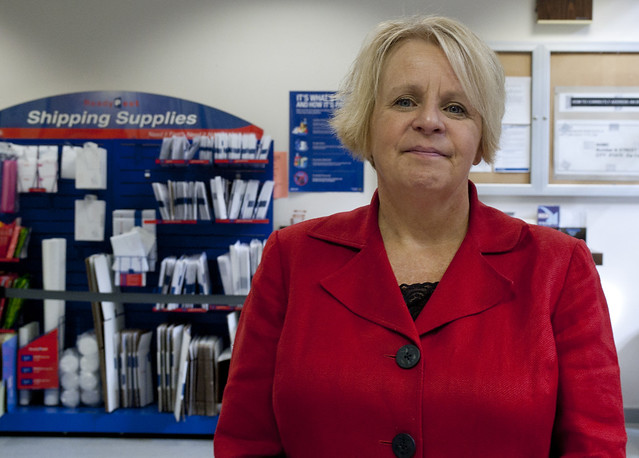 Maureen Marion, spokeswoman for the USPS in New York and New England, stresses that no decisions have been made regarding the possible closing of the Salina Street branch. -- Lena Budd, Staff Photo

“The study for the Colvin Street post office hasn’t started yet — so to say it is closing is a bit premature,” said Maureen Marion, a spokeswoman for the Postal Service in New York and New England. “In our review, we will be looking for dollar revenues coming into the post office, along with workload and historic data.”

But Marion also said that the Postal Service is considering closing up to 3,600 branches nationwide. Given that the service shuttered its Elmwood branch, at 1225 South Ave., in January, some South Side residents fear that Colvin could be closed, too.

“If they close this post office, I would have to go far away to get my money orders and send my bills,” said Phoenix Phan, who lives near the post office. “Every area has more than one post office, so why do we have to be left with none if the population is big here?” The 13205 zip code of the South Side has an average population of 19,201, according to the ZIP Code database.

Other residents share Phan’s concerns. Eric Moore, a local South Side community member, walks to the post office more than four times a week and does not feel that it’s right for the post office to close. “It would affect me real bad because my P.O. box is here. I live in the neighborhood, and because I have disabilities that don’t allow me to go too far, I would have a hard time getting around to the closest post office from here,” Moore said. 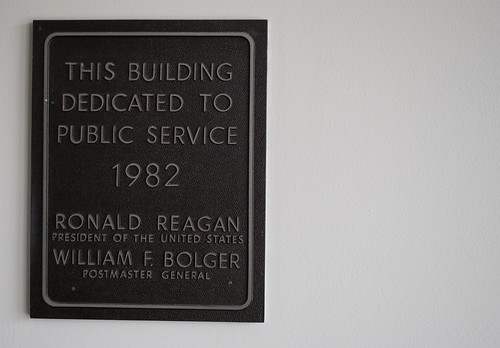 The U.S. Postal Service relies on sales of postage, products and services, so it does not receive tax dollars for operating expenses, Marion said. According to the U.S. Postal Service website, the post office delivers to nearly 151 million homes and businesses a year. The Concerned Citizens Action Program, a nonprofit organization located at 2309 S. Salina St., across the street from the Colvin post office, would be affected if the post office were to close. Pam Clark, office manager of Concerned Citizens, which works on tearing down abandoned housing in the community, relies on the close walking distance to the post office.

“We go to the post office around three times a week to send letters and fliers, and as a nonprofit organization, it’s hard to get money,” Clark said. “So if it closes down, we would be spending money on transportation, and that would cost us extra money that we may not have.”

Marion said that much of the labor intensive work of first-class mail — letters that require postage stamps — has gone to different locations, no longer just the post office. “A lot of our work has gone to the Internet, and people can buy stamps, ship a box and manage their mail all online,” she said.

But not everyone has Internet access, Clark said. “Some people don’t have access to a computer at home so the post office needs to take into consideration that the neighborhood and community relies on this post office more than they think,” she said.

If the Postal Service does review the Colvin branch for possible closure, the service will provide questionnaires for community members to have a voice in the decision being made, Marion said.

“We are being put in a difficult position,” she said, “but our role in the end is to be sure to do the right thing for our post office and community members.”