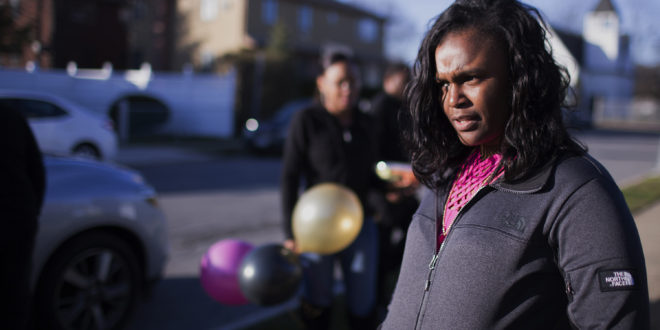 Lashonda Russell, originally of Long Island, was sworn in as a Syracuse police officer in March of 2016. She was one of 25 chosen from more than 450 eligible candidates. She completed her mandatory filed training in November and then began routine patrol on her own. | Kathleen Flynn, They Wear Blue Photographer

On her 25th birthday this spring, Syracuse Police Officer Lashonda Russell got a message from her younger brother, Jewuel Hanson. “Happy Birthday Toot,” it read, using the nickname family members lovingly refer to her by.  Excited he remembered her birthday, she messaged him right back, asking: “How’s it going?”

He never replied. Thinking he probably read it and just forgot to answer, she called. But Jewuel never answered that, either. 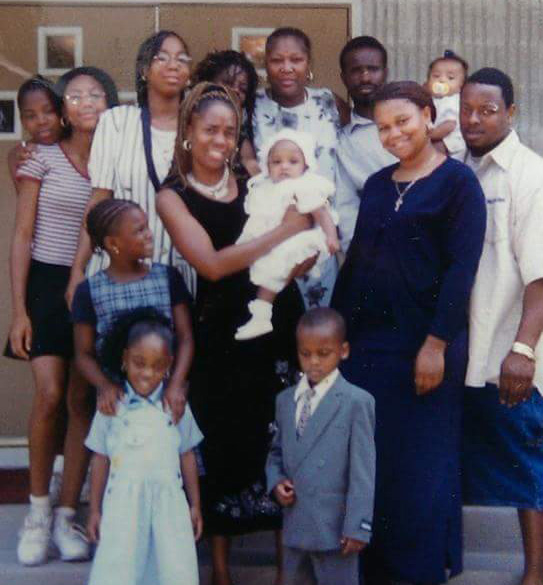 “I just feel like he just fell off the face of the planet and it’s not how I expected us to grow up,” Lashonda says today, looking back on that April 15 exchange.

Before their younger sisters Princess and Rihanna were born, it was just the two of them.

Their mom, Lichele Hanson, recalls that they were inseparable.

Yet now they haven’t been speaking at all — the rookie cop for a half-year now and the brother whose own troubles with the law inspired her.

“He doesn’t really talk to her at all because she’s a cop. He doesn’t like police at all,” their mom says.

When they were kids, Lashonda and her brother spent their days playing outside, riding dirt bikes or enjoying their frequent vacations to the family timeshare in Kissimmee, Florida. Jewuel was her best friend until he started getting into trouble when he was 13 years old.

It was Halloween, and her brother and a couple of friends between the ages of 17 and 21 were arrested when they were pulled over in a car filled with drugs, guns, and counterfeit money. Jewuel’s friends put all the blame on him; they figured since he was only 13 he would draw a lesser charge, Lashonda said.

“I was actually really down about it,” Lashonda said. “I felt like I lost my best friend and I still complain about it now ’til this day.”

Yielding to the arguments of lawyers hired by Jewuel’s parents, a judge ordered him to spend two years at a boys’ home — the Timothy Hill Children’s Ranch, a transitional home in Riverhead, New York.

Lashonda jumped in, asking the director if she could visit and talk to some of the boys there.

“I just wanted to let them know that they have a second chance at life. This isn’t the end of the road because they could be in prison or behind bars in jail serving real time.”

Some listened, some didn’t. One who didn’t was her own brother.

Jewuel’s run-ins with the law had spurred his dislike for police.

“He felt like they were targeting him because he was black, but that wasn’t the case and I tried to explain to him over and over again that you’re only drawing attention to yourself,” Lashonda said.

Her brother would spend several years under the supervision of a probation officer, prompting Lashonda’s interest in the field. The officer would often visit their home, spending time talking with her brother and setting up a gameplan with him for productive activities he could get into, like volunteering.

“I saw where he was taking my brother just by speaking and I really liked that and I felt that he was a great help,” she said. “I wanted to be like that. I really wanted to help, and then they got to wear plainclothes and a badge and a gun so I liked that.”

After Lashonda lost a competition called Skills USA, which would have afforded her a full-tuition scholarship to beauty school to study cosmetology, her other passion, she enrolled as a criminal justice major at Morrisville State College.

Her plan was to become a probation officer.

Starting Life at the SPD

During her last semester of college, Lashonda fulfilled a 600-hour internship at the Syracuse Police Department. There she asked Officer Dennis Burlingame if she could work with the probation department.

After a day, though, she realized that though she respects the field, it was not the job for her. She was taken aback by the mountains of paperwork. 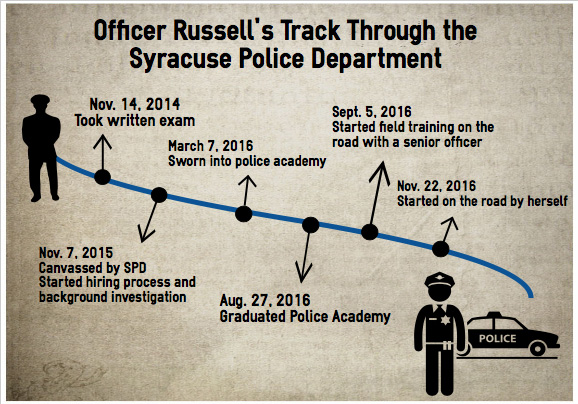 “I had the impression that you’re going to be with the people, doing home visits, talking with them, going on the internet, searching for jobs, that’s the aspect I got from it, seeing my brother’s probation officer help him out.”

She found what she was looking for in policing, instead.

She went on ride-alongs, started working out with officers, and spoke to Burlingame about what the academy was like, where new officers spend months preparing to be cops. She recalls seeing officers dealing with an erratic woman who would not stop cursing and spitting at them. The officers never lost their cool, though, and Lashonda was impressed.

“They still talked to her as a person, told her that she’s going to be OK. It was awesome,” she recalls.

She was sworn into the police academy on March 7, 2016 — marking the start of the 26-week police academy training — and her 22-year-old brother was there for the ceremony.

Though he sported an angry face the entire time and said he couldn’t believe he was there, Lashonda appreciated his support and presence.

She started patrolling on her own on Nov. 22, 2016, and for Christmas, she gave Jewuel a Syracuse police shirt. To her surprise, he accepted it and said he would frame it.

Moving on: “You Can’t Force It”

Things seemed to be looking up. Lashonda had hopes of mending the broken relationship, but after Christmas, Jewuel got into a physical scrap with their father, Ricardo Hanson. After that incident, he started avoiding their parents, Lashonda, and the rest of the family. 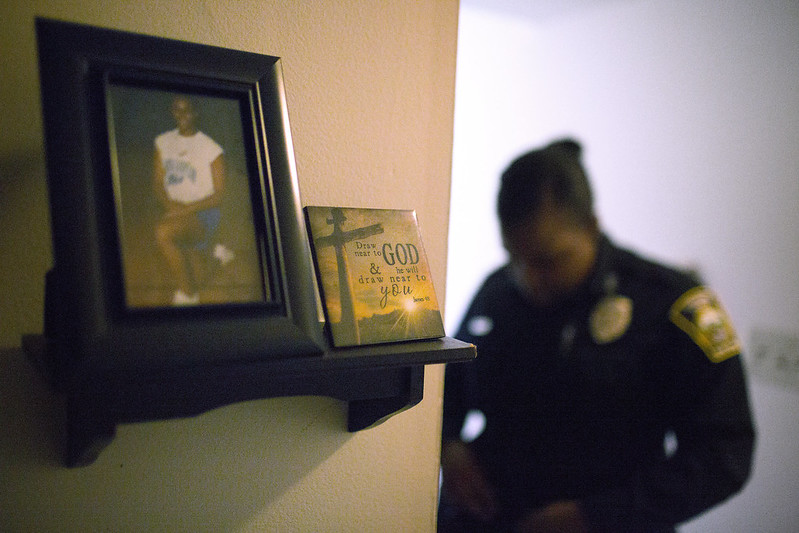 Lashonda Russell carries on. Here she prepares to leave for work one February day. | Kathleen Flynn, They Wear Blue Photographer

And as Jewuel has withdrawn, they’ve all lost touch with his almost 2-year-old daughter as well.

He’s had other troubles, too, in the last year. He crashed his car, and at the hospital he lost his cool with the staff checking him out.

“We’ve tried so many times to get him to find help and he was on medication but that was when he was younger and he didn’t want to take it anymore. So you know you can’t force him,” Lashonda said.

Lashonda’s mother hopes that one day Jewuel’s relationships with the family will get better.

“Sometimes the streets get ahold of people and they just go that way and they just don’t come back and I’m praying that one day he does get it right, but until then we just got to leave it like this,” Lichele said.

And for now, Lashonda is done trying.

“At this point if he comes to me and reaches out to me, then I’ll be there to support him 100 percent,” she said. “But until then, I’m not reaching out to him, not to sound stubborn or like I’m better than him or anything like that, but I’m not going to hurt myself further trying to be there for him.”

— By Jasmine Gomez, reporter with They Wear Blue project