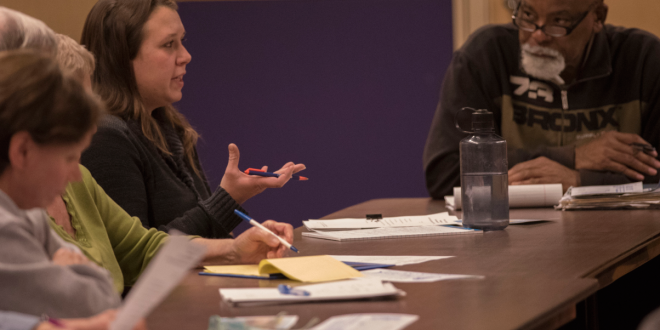 Last South Side TNT Meeting of the Year Held

During the last meeting of the year for the South Side region of Tomorrow’s Neighborhoods Today, residents discussed youth education, recent violence and the neighborhood’s appearance. In addition to South Side residents, representatives from the 100 Black Men of Syracuse, PEACE Inc., Syracuse Model Neighborhood Corporation and the Common Council shared their thoughts on the most pressing issues in the area. 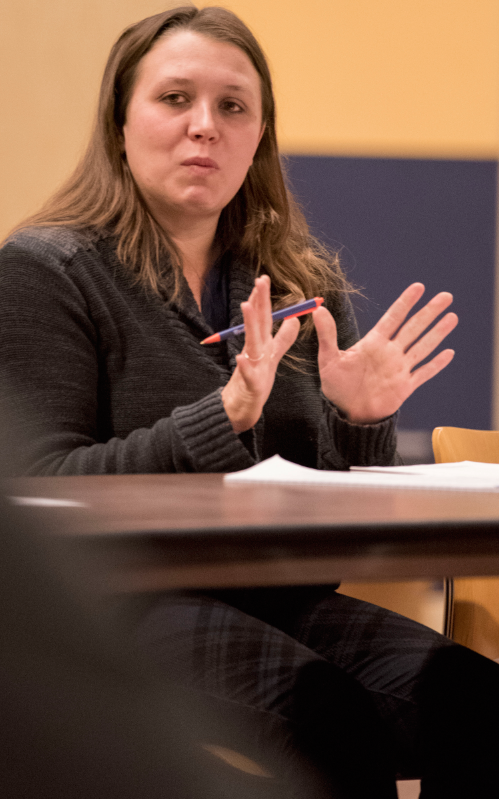 TNT’s new coordinator, Tina Zagyva, attended the meeting to catch up on residents’ concerns, and Susan Boyle, the newly elected common councilor for District 3, also showed up. Boyle will be replacing Bob Dougherty as the representative for the area.

Vincent Love, the president of 100 Black Men of Syracuse, talked about the work his chapter is doing to influence the youth in Syracuse. The chapter aims to serve as role models for youth of color in Syracuse. Love said they have impacted more than 100 young men through their mentoring program over the past eight years. The Syracuse native called on his childhood to guide his leadership in the organization.

“When I was growing up right down there in the Pioneer Homes, I didn’t live next door to doctors, engineers or people in the professional fields,” Love said. “What we decided was that if young people don’t have exposure to what’s out there, how are they going to set goals and begin to have some direction in their life?”

To a crowd of about a dozen, Love also brought attention to one of the organization’s newest programs, the Saturday Academy, which had a trial run from January to June of this year. Saturday Academy aims to be a supplemental educational program for boys and girls in fourth to eighth grades, held on Saturdays during the school year. He emphasized the culturally relevant material the students received during the lessons.

“Through looking across the country at schools that have had success educating urban youth, we realized what works with our young people is when they’re in an environment where they can identify with what they’re doing.” 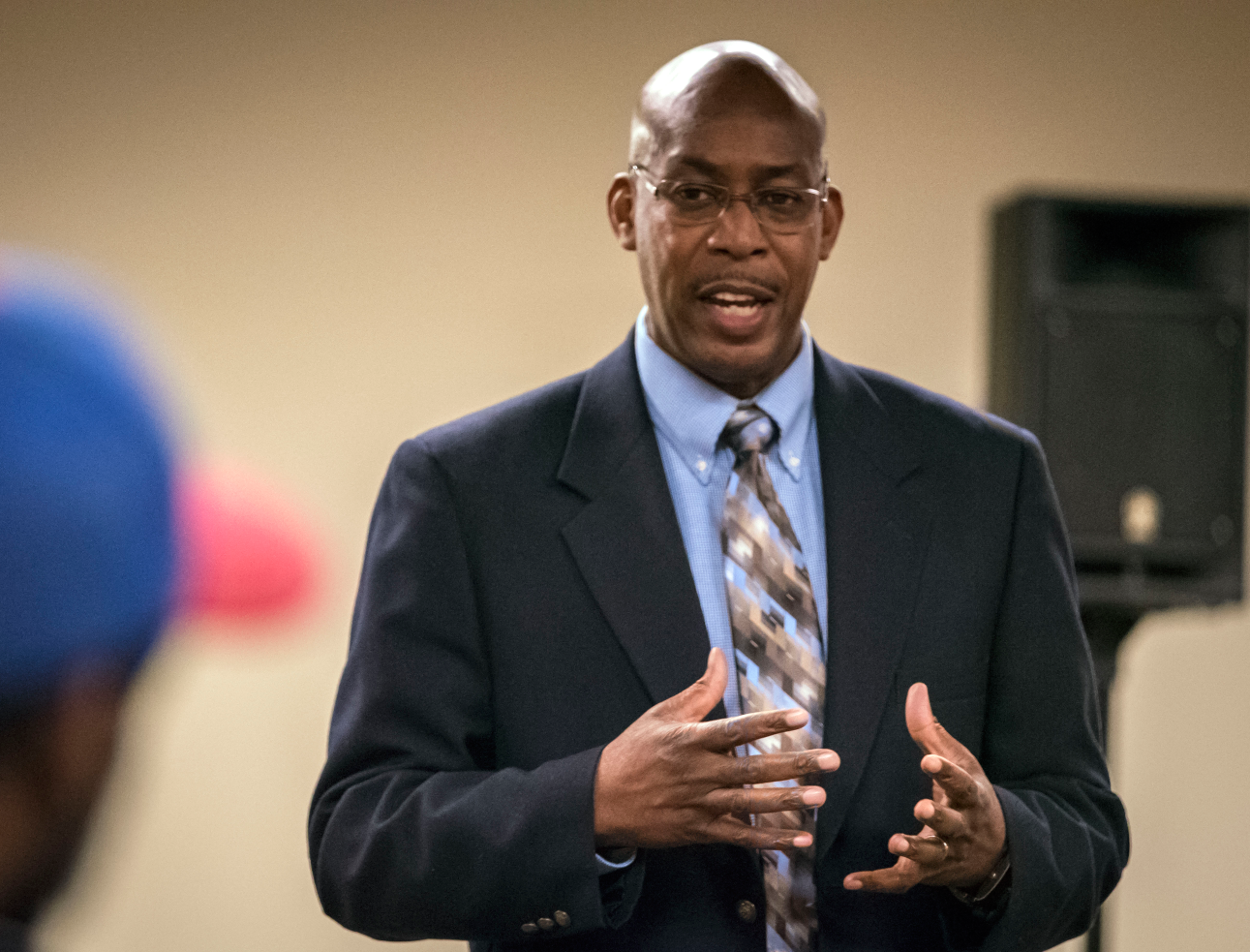 During the first session, Saturday Academy enrolled 21 boys and 23 girls and teachers received a stipend for giving their time. The next Saturday Academy term is set to begin January 2016. In preparation, 100 Black Men of Syracuse will be holding an education summit on Saturday, Dec. 12, at Onondaga Community College to discuss the results of the first iteration of Saturday Academy and how it can improve.

One point of contention during the meeting concerned an abandoned parking lot at the intersection of South Salina Street and Martin Luther King Boulevard, where residents say illegal activity occurs. As recently as Nov. 8, a man was shot on that corner. Angela Wright, the executive director of Syracuse Model Neighborhood Corporation, asked for lighting in the area to deter crime at night.

Lori Covington, coordinator of the PEACE Inc. Family Resource Center on the South Side, agreed, and also highlighted the appearance of the area as it welcomes people to the neighborhood.

“That is like the gateway to our community, that is what people see when they enter the South Side,” Covington said. “When I come into the South Side, I want to be invited, I do not want to see an extensive amount of beer bottles, trash, debris or a broken-down truck.”

Towards the end of the meeting, John Sexton, the TNT meeting facilitator, called for ideas for the South Side’s escrow project for the spring. In the past, he said, the South Side has used escrow funds for park benches in McKinley Park, bus stops and trash cans throughout the neighborhood. Sexton asked that residents come to the next meeting with concrete ideas.

OTHER UPCOMING EVENTS MENTIONED AT THE MEETING