I am all for advancement for the South Side of Syracuse. I am tired of my side of town being known as a war zone and a drug market.

I had concerns about a chess/ amphitheater park being built adjacent to my house. So far those in charge of the park have assured me that they are doing the best they can to make sure the park doesn’t become an open-air drug market, hangout spot and/or shooting gallery. Sadly, it’s still hard for me to not believe this park will not cause harm to the neighborhood. 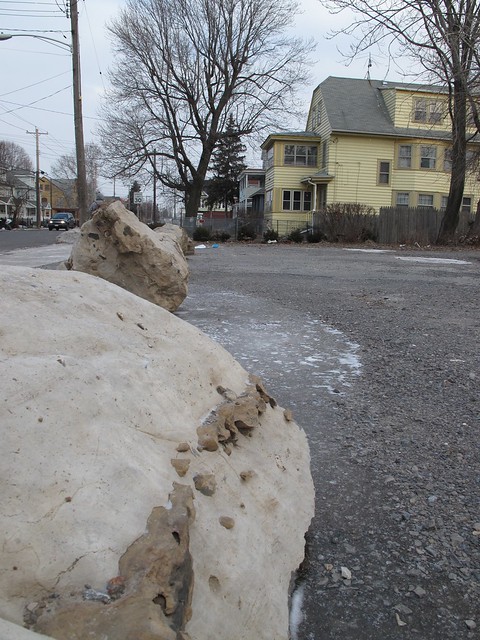 The site of the proposed pocket park located behind Beauchamp Branch Library has recently added rocks to prevent people from parking cars on the lot. | Ashley Kang, Staff Photo

The real issues (crime, poverty, trespassing) have not been addressed on the South Side. I have elderly people tell me they fear walking their dogs around the block. It’s sad to see the South Side deteriorate. I just don’t want the park to fail and later be told, “Sorry crime has increased next door, but it was due to mismanagement of the park, an unforeseen circumstance.”

I’m tired of hearing excuses on why projects fail on the South Side. With so many budget cuts, how can we be sure there will be continuous funding for the park? Again, I want the South Side to be restored so I can be proud of my neighborhood. I just don’t think having a park right next to my house, based on the terrible conditions of the South Side, is in the best interest of the homeowners, elderly and, of course, the children.

Nonetheless, I am still optimistic that those who are behind the development of the park will now take under consideration the concerns of those who it will affect the most.