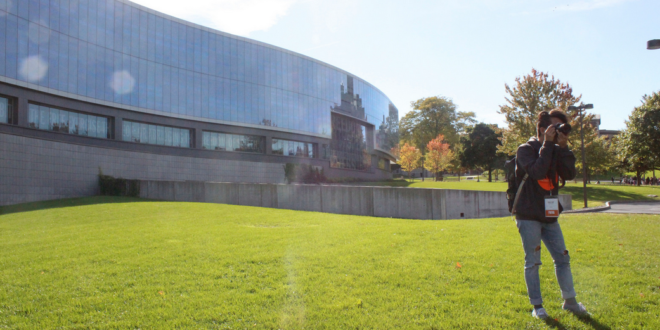 Zau N-Hkum, a senior media student at the Institute of Technology at Syracuse Central, takes a photo during The Fall Workshop held at Syracuse University. 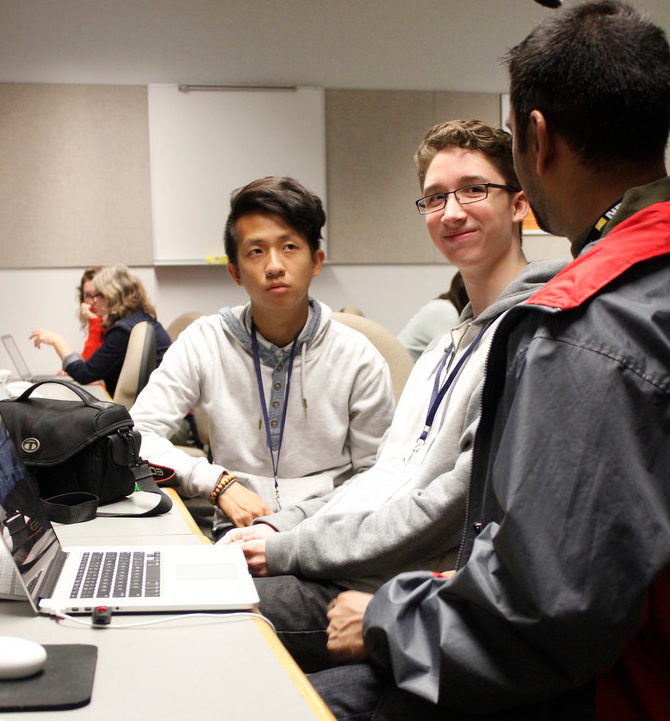 The Fall Workshop is a rigorously scheduled photography and video workshop that runs for four days. Young photography students from SU work with professional photography coaches, who hail from all over the United States.
Zau and Gabe were the youngest and only high-school photography students to participate. They were placed on the “Emerging Artists” team with their coaches Mike Roy, Linda Epstein, Michelle McLoughlin and myself, who participated as a volunteer coach.

They spent the weekend taking photos around SU’s campus, critiquing those photos and ultimately presenting them to all of the coaches and participants by the close of the workshop.

Their multimedia project titled “Orange Nation” covered the Syracuse vs. Virginia Tech tailgating on SU’s campus.
Zau has been passionate about photography, especially since starting media at ITC. After graduating, he plans to pursue a career in photojournalism and teaching. Zau is from Burma and hopes to make a difference in the world with his photography.

Gabe was enrolled in ITC’s photography summer enrichment class this past summer. He worked on a photo series that captured images of “urban decay,” including photos outside old or abandoned buildings in the Syracuse area. Gabe plans to pursue a career in film and to study film-making next year at the college level. 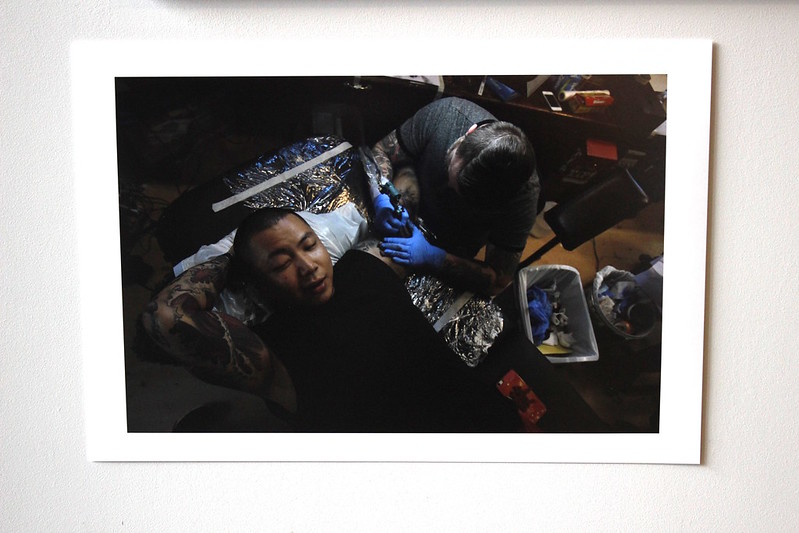 Gabe Theiner, a senior media student at the Institute of Technology at Syracuse Central, took this photo during The Fall Workshop. 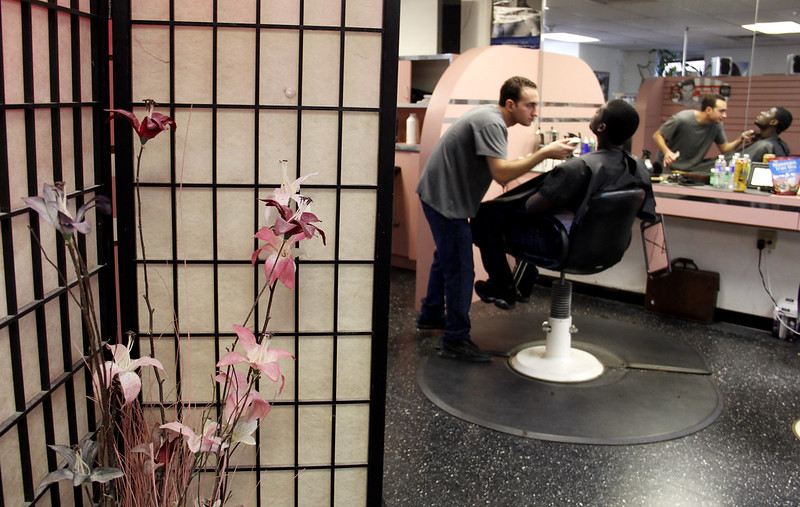 Zau N-Hkum, a senior media student at the Institute of Technology at Syracuse Central, took this photo during The Fall Workshop.