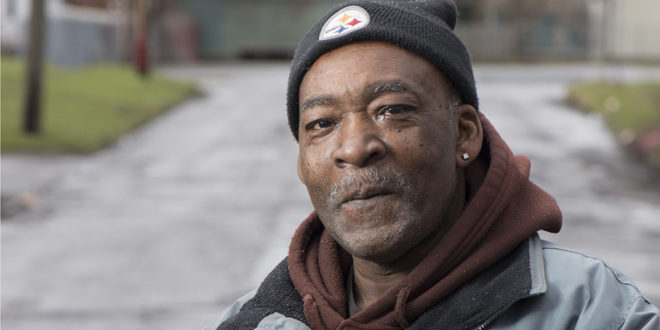 After multiple visits in and out of prison, local man shares why he hasn’t returned

He’s a good person who made bad decisions.

James Rivers distills his own complicated life into that simple sentence. He ended a roller coaster of nearly three decades in and out of prison in 2011 when, he said, he decided that he had had enough of the bad.

“I just got tired of looking at the same people every day,” he said earlier this year at PEACE Inc. Rivers works at the food pantry of this 50-year-old community service agency, which helps the poor through a variety of programs offered at several sites across Onondaga County.

Rivers said he was fed up with prison life. 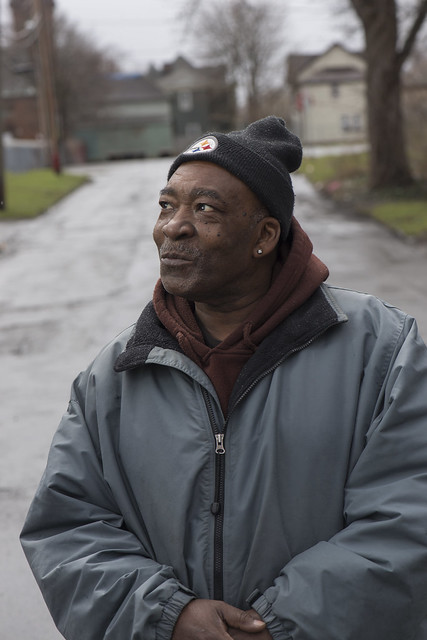 Rivers, who turns 63 this month, had some family support every time he got out, but it never seemed quite enough. He said he would have benefited from programs like the one for parolees, overseen by PEACE, if it had been there earlier in his life.

Over the past two years, PEACE has helped 17 parolees through its pilot re-entry program, designed to provide comprehensive support in the critical months after a person is released from prison.

Rivers’ nephew, Charles Rivers, oversees the Emma L. Johnston Southside Family Resource Center and was key in administering the $95,000 pilot for PEACE’s program, along with Karen Loftin. Charles Rivers and Loftin have both spent, in total, decades in prisons. For the pilot program, they helped others just getting out of prison.

James Rivers did not have the benefit of programs like the one run by PEACE, he said. But he did have support, and that allowed him to break the cycle that kept landing him back in prison. Every time he was released, he said he was lucky to have someone there to support him. He could always stay with a family member or a friend, he explained.

“I never had to go to the Rescue Mission,” said Rivers, explaining that many parolees end up at the Mission because of little cash on hand. “I always had somewhere to go.”

The pilot program helped parolees get into more stable, public housing, so they could avoid the shelter and the stress of staying with family or friends.

James Rivers said that when he was released, he wished something like the pilot program was established. It might have helped him bridge the time until he’d completed a mandatory drug and alcohol program. Many parolees must satisfy such conditions before they can look for jobs and make a living.

Rivers was born in South Carolina, and his mother moved them to Syracuse when he was 5 or so. He said that during the summers he would go back and visit his grandfather in South Carolina, but he didn’t care for feeding the chickens before he went to school there, and couldn’t wait to get back to Syracuse.

He said he wasn’t a bad kid growing up here, until his mother died when he was 15. Then he started to “act out.”

He started to get in trouble in school, and eventually he was sent to the Industry Residential Center outside Rochester, a facility for teenage boys in the criminal justice system. After a short stay there, and a return to school in Syracuse, he dropped out.

Then Rivers found trouble in earnest. He spent six months at the Jamesville Correctional Facility in 1972 on a criminal trespassing charge. Then he started cashing bad checks, and soon he was using cocaine and committing burglaries, he said.

In 1981, he was arrested and sent to Attica on a burglary charge. Between 1988 and 2010, he was in and out of prison for selling drugs or for parole violations, which almost always guarantees a return to prison, he said.

Rivers said his longest reprieve, between 1990 and 1998, was mainly spent using drugs and living on public assistance.

In prison, he earned his GED and majored in recreational leadership, as part of a college program. He also gained cooking skills, working in prison kitchens.

Now Rivers works at PEACE’s South Side site through a Vermont-based employment program for older residents called Associates for Training and Development. Rivers said he will be part of the program until September 2019. 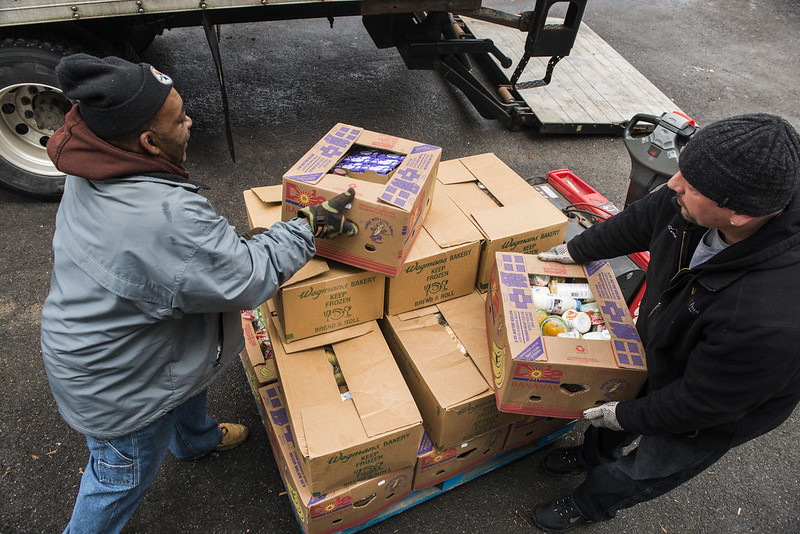 Rivers is proud of his time helping PEACE with the center’s food pantry. The pantry is currently open from noon to 4:30 p.m. each Thursday and also offers daily food giveaways. The pantry is located on the center’s second floor, 136 Dr. Martin Luther King West. | Zachary Krahmer, Staff Photographer

Since getting off parole in 2011, he has been able to leave New York State, including a visit to New Jersey to see a sister. He said he has rekindled his relationship with one of his daughters, who has dealt with resentment toward him because of his years in and out of prison.

“I couldn’t blame her because there were times when it really hurt her,” Rivers said.

Now they get together for dinner, and he enjoys trips to the water park with grandkids who call him “Johnny.”

Rivers also has a girlfriend he met in 2012, through his daughter. His girlfriend helped him deal with prostate cancer.

Rivers enjoys helping others who visit PEACE, including getting them provisions from the on-site pantry.

He understands what it is to live day-to-day or even meal-to-meal.