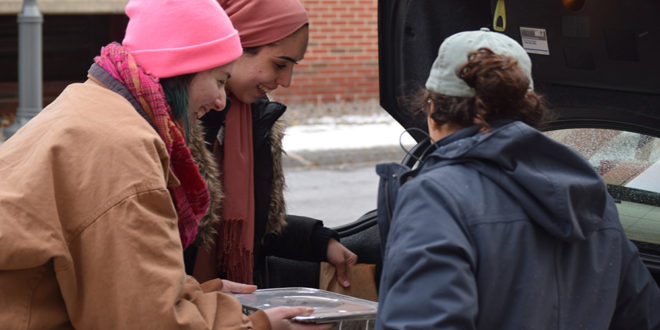 College students ensure others are fed as they recover leftover food from campus, restaurants

At a time when some of the highest authorities in the United States are raising suspicions about Islam, one young, devout Syracuse Muslim woman has just received one of the city’s highest humanitarian honors — named as an “unsung hero,” whose volunteer work recalls the spirit of the Rev. Dr. Martin Luther King Jr.

Shewa Shwani, a junior at the State University of New York College of Environmental Science and Forestry, has devoted the past three years to growing the local chapter of a national organization, the Food Recovery Network. The group delivers food left over from meals in dining halls, restaurants and cafes to charities that distribute it directly to the hungry. In January, Shwani received an Unsung Hero Award at the 32nd annual Martin Luther King Jr. Celebration at Syracuse University. 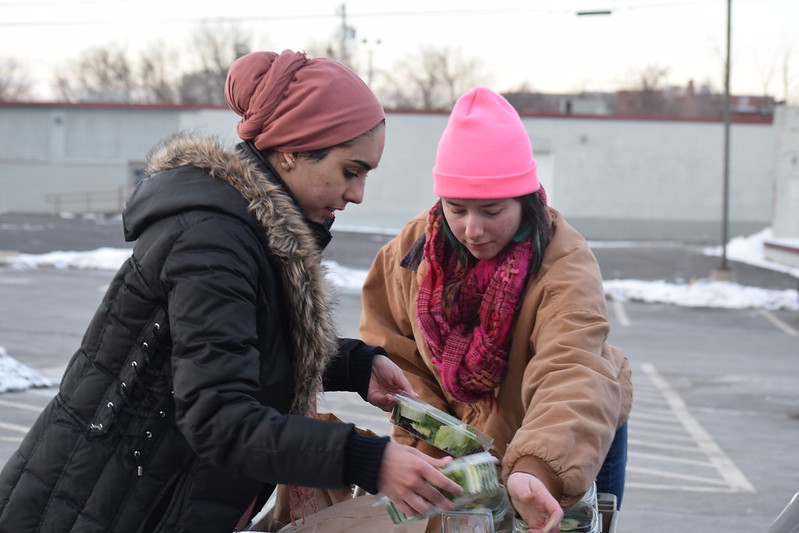 “This community means a lot to me,” said Shwani, an immigrant from Iraq, whose parents brought her to the United States when she was a year old. “Although I don’t know the specific names of the people, I still feel part of the larger community,” she said. “We are all doing the same thing, pursuing the American dream.” 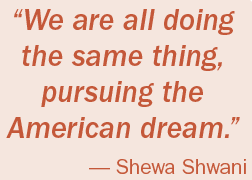 Last semester, under her leadership, the network distributed 15,000 pounds of recovered food — twice as much as the previous year, Shwani said. The organization works with eight nonprofit agencies that feed the poor, including the Rescue Mission on the Near West Side and The Determination Center of CNY, an afterschool program. Previously located at 1654 W. Onondaga St., the program moved to 1640 South Ave. on the South Side during the week of Feb. 13.

Bettie Graham, founder and director of The Determination Center, said it is difficult to put into words how much Shwani and the network have helped her organization. She and Shwani met about a year ago at an award ceremony and exchanged phone numbers after talking about Shwani’s work. Graham said when the two met, she had been paying food costs for the center out of her own pocket. The Determination Center works with local at-risk youth, Graham said, explaining that what they eat there can sometimes be their last meal for the day.

“We really, really — from the depth of our souls — are grateful,” Graham said. “I will be forever grateful.”

Shwani, who is from Liverpool, said she had worked with the hungry before, at the Samaritan Center located in downtown Syracuse during high school. She had felt compassion for the poor then, but was really inspired after completing her first delivery with the Food Recovery Network. She said she thought she had found her calling, or her higher purpose. 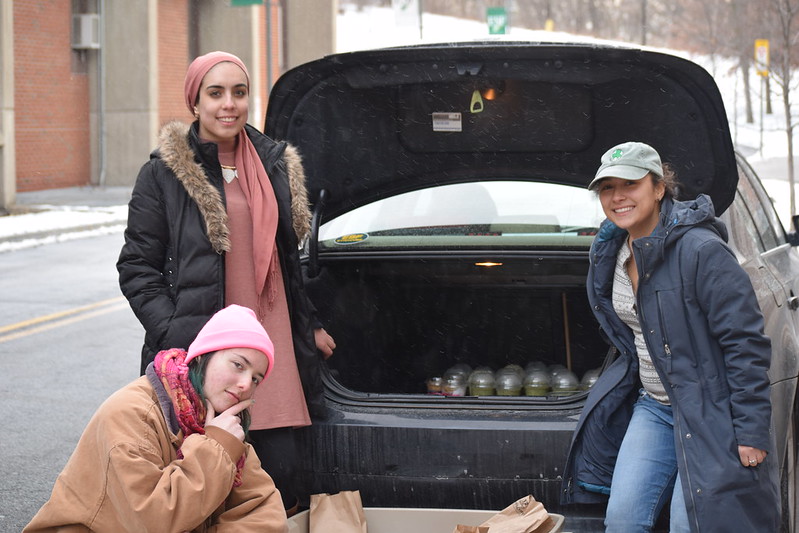 It wasn’t always easy, though, Shwani said. After she was elected president, the three founders graduated and she initially struggled to build on their work. “I was alone, I didn’t have anyone to help me,” she said.

Those close to Shwani said they knew she was struggling, but she never gave up. Mark Tewksbury, assistant director of food services at SU and adviser to the Food Recovery Network, said Shwani worked tirelessly to find more agencies that would accept donations, which was difficult because the agencies must be open when dining halls close at night. He said Shwani has always gone “above and beyond” what the average volunteer does.

Eileen Baldassarre, coordinator for the Collegiate Science and Technology Entry Program (CSTEP) at SUNY-ESF, has worked closely with Shwani since freshman year. She said Shwani had problems at first relinquishing control over the details. The organization was just so important to Shwani that it was difficult for her to find a balance, Baldassarre said.

Eventually, Shwani said, she found people who were dedicated to helping the cause. Then it was a matter of her learning how to be a good leader, she said. Shwani credits the national leaders of Food Recovery Network, which has chapters all over the country, with teaching her how to delegate and manage a team. 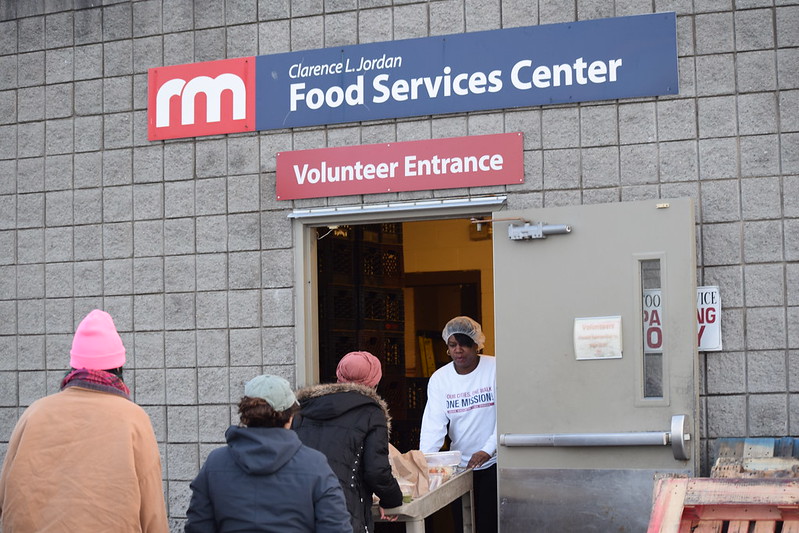 The three volunteers drop off a delivery of fresh food for community members to the Rescue Mission. | Delaney Van Wey, Staff Photo

“Food Recovery Network has really opened my eyes to what leadership really is,” Shwani said. “It’s not about one person doing everything. It’s about the group doing it as a team, a unit.”

Baldassarre, one of the people who nominated Shwani for the Unsung Hero Award, said she took into consideration how Shwani affected the community and also how she dealt with race and faith — two important aspects of King’s legacy.

While the pressures of being a Muslim in the United States right now could easily make someone cynical, Baldassarre said, Shwani has instead grown closer to her faith and her desire to serve others.

As Shwani put it, “I was very humbled to hear from people that my work is like what MLK did in his lifetime.”