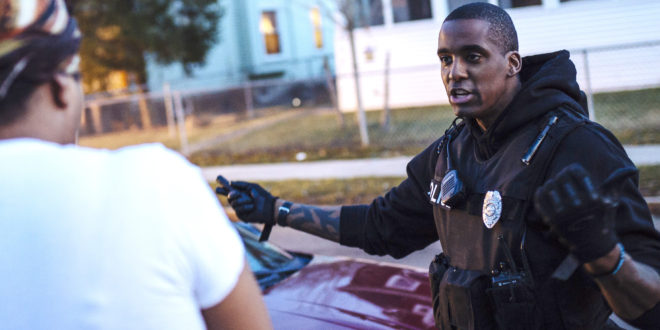 While under review, Ahmad Mims couldn’t speak about incident for over two months

Asked if his police academy training had prepared him mentally for what happened April 22, the six weeks he spent on paid leave after it, and the persistent memories of it that will stick with him for months to come, Officer Ahmad Mims wavered.

“Yes and no,” he said finally in an interview in late July, after he’d been working for several weeks following mandatory leave while the department reviewed details of the routine traffic stop that escalated into shots fired.

Mims said the police academy for all new officers trains them on how to draw their weapon and when.

“The academy prepares you a little mentally,” he said, “but until you experience something like that … anything that’s high stress, you just don’t know. You can’t control how your body or mind is going to react emotionally.”

The first few weeks were tough, he said. “You keep replaying everything over and over in your head.”

On April 22, Mims approached a Chevrolet Uplander van late in the afternoon during what he describes as a simple traffic stop, something he does up to 15 times a day. “On this particular day, the driver was in violation of parking in the middle of the road.”

After he told the driver to move, the incident quickly escalated.

The driver attempted to get away by backing up the block, in the process striking Mims and another officer with the van. Mims fired. The driver then led other police vehicles on a seven-mile chase before he was arrested.

“We had to do everything we could to stop the individual from causing any more harm to myself, my partners or other innocent people on the street,” Mims said.

Mims did say one training that helped was the Blue Courage course, a two-day workshop for officers focused on stress-management and well-being. He said he learned a 16-second breathing technique to cool him down in moments of high-stress.

He and a half-dozen or so other officers have completed a weeklong “train the trainer” session to share what they learned with other officers.

“It’s something that you have to buy in to,” he said. “In my eyes, it really does work. It’s something I use every day and did after that incident.”

In the stress of the moment back in April, Mims says time slowed. His memory seemed to stretch the pace of events, which in reality took only a few minutes. This is known because city cameras captured the ordeal.

“After the initial encounter to the very end, in my sense of it, it seemed like 10 minutes.”

Mims said it was not until he read a news article on syracuse.com the week following the incident that he realized children were in the back of the vehicle. “I sit and think, for him … to drive recklessly and hit officers with kids in the car, can you imagine what he would have done if he was by himself?”

Hearing that kids were in the vehicle, which Mims said had heavily tinted windows, hit close to home for him because he has a 5-year-old son of his own.

“It hit me emotionally just knowing that because I love kids. I stop every day when I’m working to talk to kids in the city.” 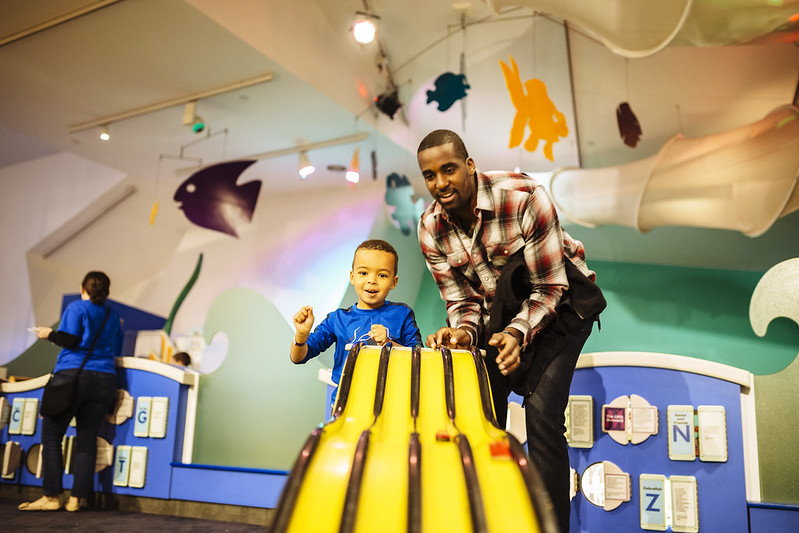 It hits home for Ahmad Mims when there’s a police shooting involving kids. “I feel for the parents … . It makes me just want to come home and hug Ayden and not let him go or just talk to him on the phone. No one wants to see a life lost by a police officer — that’s not how they operate. A life lost is a terrible thing.” Spending time with his son is a way for Mims to release stress and decompress from the things he sees on the job. | Michael Santiago, They Wear Blue Photographer

Support from his parents and spending extended time with his son, Ayden, who lives predominantly out of state, helped Mims get through the mandatory leave.

“We did everything in the world,” he said of the two weeks he spent with his son. “I just thought about holding him, loving him, and spending my time with him. That’s what I needed.”

For the first couple days after returning to work June 27, he kept second-guessing himself.

“It was good to be back, but it was also nerve-racking. Yes, I know how to do this job, it’s something I have trained hard for, but still after being in a silo for so long, you start over-thinking …

“And then walking up to a vehicle again and not knowing what is going to happen, that was the biggest (challenge).”

— By Ashley Kang, The Stand director and advisor to They Wear Blue project