A rising nonprofit is helping rebuild neighborhoods on the South Side, one house and one family at a time. Phoenix Philosophies Inc., a year-old organization, is focused on providing affordable housing for the homeless while renovating vacant and tax-delinquent properties throughout the city.

Gordon Stowell hopes to restore the South Side to its glory days, when dilapidated buildings and empty lots were an uncommon sight on Syracuse’s streets. A former resident of the area, Stowell started to see more houses becoming vacant and abandoned. He and his partner, Eileen Carr, sought to revitalize the community while helping families in need. 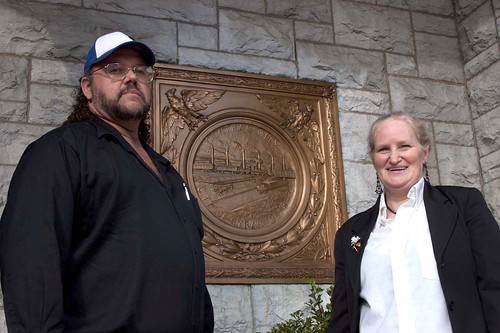 “I’ve always believed in the city, and the area has so much it can offer, if only it could do something to bring along jobs,” Stowell said. “Everybody’s willing to tear down and build new, but why not renovate to keep the look of the old neighborhood?”

The organization’s motto is, “Where people and properties rise from the ashes.” Their program will collaborate with organizations such as the U.S. Department of Veterans Affairs, Vera House and Catholic Charities to assist homeless families. Currently, they are focusing on giving a roof to veterans, who make up 30 percent of the homeless population, Stowell said.

“As for the face of homelessness, it’s not necessarily the person at the end of 690 or 81,” Stowell said, referring to the highways that crisscross Syracuse. “A lot of families are in a tough situation because shelters separate them, and with our program we’re basically looking to put them back together and have a stable environment.”

The organization outlines a program to assist a family by training an individual. Working with contractors that will renovate the acquired homes, the collaborating companies will teach the individual a trade such as plumbing, roofing or electrical work. At the end of a five-year program, the goal is to provide in-house financing for the family to buy a renovated residence.

The long-term objective is to help families become self-sustaining, bettering their standard of living while making the South Side vibrant again.

Phoenix Philosophies utilizes grant programs as well as private funding, and is gaining support from city officials. Martin Masterpole, county legislator of the 17th district, would like to help move the initiative forward.

“They appear to be making all the right moves,” he said. “I was thrilled about the idea. You can never have enough home ownership in an urban setting. The more the better.”