The almost century-old Nojaim Brothers Supermarket to close this month

Nojaim Brothers Supermarket, a fixture on Gifford Street for nearly a century, will close on the Near Westside this month. Paul Nojaim broke the ground-shaking news in a letter he sent to his employees in mid-September. He blamed the decision on financial hardship.

The store, which opened in 1919, offered a rare place to buy produce and fresh meat within the surrounding 30 blocks. Earlier this year, a PriceRite opened just less than a mile away on South Avenue. 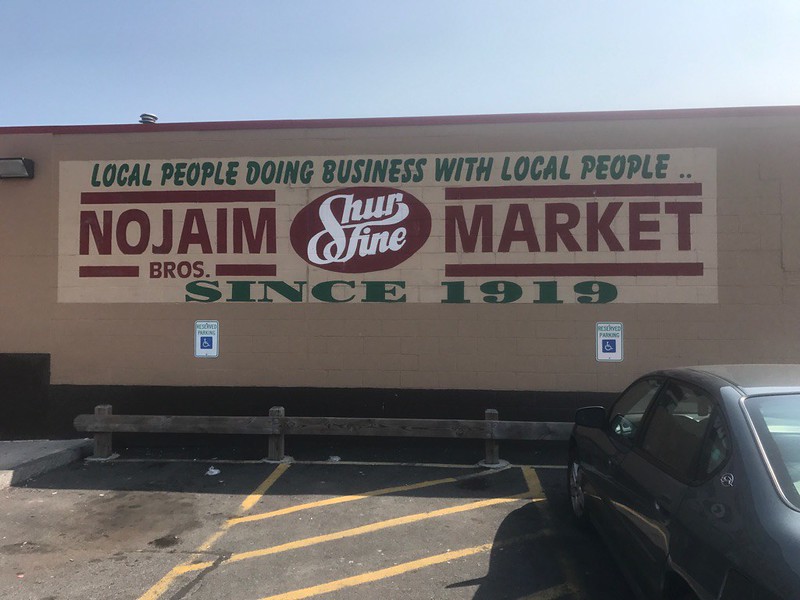 Nojaim Brothers Supermarket, located at 307 Gifford St., has served the Near Westside community since 1919.

“Grocery stores in general operate on a very small margin of profit,” Syracuse City Commissioner David Clifford said. “So you have to do quite a bit of business to make money, and it’s subject to market forces.”

The letter from Nojaim read: “We are unable to remain financially viable,” and he expressed “great sadness.” The store’s closing will mean a number of people will lose their jobs in a neighborhood that already has a high unemployment rate of 9.1 percent, according to AreaVibes.

Paul’s brother, Richard Nojaim, owner of another supermarket — Nojaim Brothers in Marcellus — and a member of Nojaim Inc., declined to say how many jobs might be lost.

“Any job loss in that community is significant,” said Chris Ryan, county legislator representing the Near Westside. “A lot of people walk to Nojaim Brothers, and if they’re walking there or farther away, they have to navigate some seriously heavily trafficked roads.”

Many people living and working on the Near Westside walk to their destinations because they cannot afford a car or even the $2 per-ride bus fare, said Leslie Dubiel, pantry director at St. Lucy’s Church.

Dubiel said she worries that the elderly and people with disabilities living in the area will struggle to get groceries once Nojaim’s closes. Many residents of three buildings near the supermarket, including the James Geddes Housing Development across the street, have disabilities or mobility issues, Dubiel said. She said that most of them walk the short distance to the market to buy their groceries.

“It’s not far, but if you’re limited with mobility, it’s really far,” she said about PriceRite, which stands nearly a mile away and may now be local residents’ closest grocery store. “And that will definitely increase our need,” she said, referring to St. Lucy’s food pantry, which she said serves between 500 and 550 families monthly.

Dubiel also noted that the struggle for elderly and disabled people increases in the winter because they no longer can obtain fresh produce from the community gardens near their homes.

“It irritates me so bad because it would never be tolerated in the neighborhood I live in,” she said, referring to Baldwinsville. 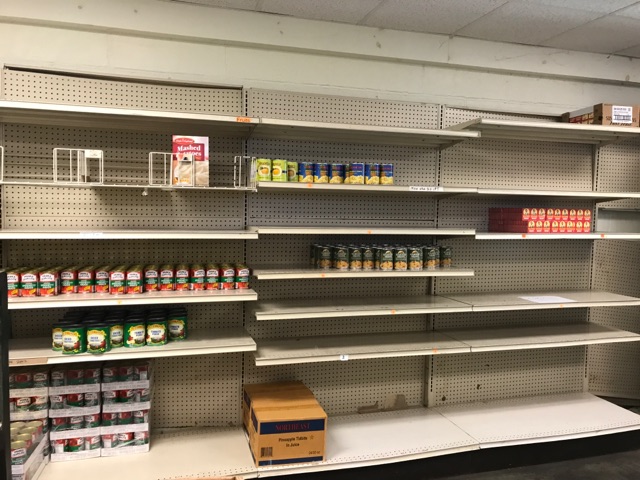 The closing will create a hardship for nearby residents, some of whom have limited mobility.

“We serve the whole neighborhood, but we only serve people once a month for a three-day amount of food,” she added. “It’s not meant to be a sustenance. It’s meant to be a supplement.”

John Dougherty, Onondaga County legislator for the 2nd District, said, “It’s certainly a huge burden on anyone to lose a job. It’s not a very affluent area in the city, so it’s a burden on people who are already in tight financial constraints.”

Maureen Gillespie, representative for PriceRite, declined to comment on whether or not the South Avenue PriceRite would hire former Nojaim’s workers.

— Article and photos by McKenna Moore, The Stand Staff reporter