The voice of the people rang in the Syracuse Common Council chambers on the evening of Dec. 5.

Attendees and speakers called the House of Representatives tax bill a “tax scam” and even encouraged Miner to run against 24th District Rep. John Katko in the midterm Congressional election. No one spoke in support of the bill, which is now in conference committee to finalize details — mostly in private — before being reconciled and sent to President Donald Trump before Christmas. 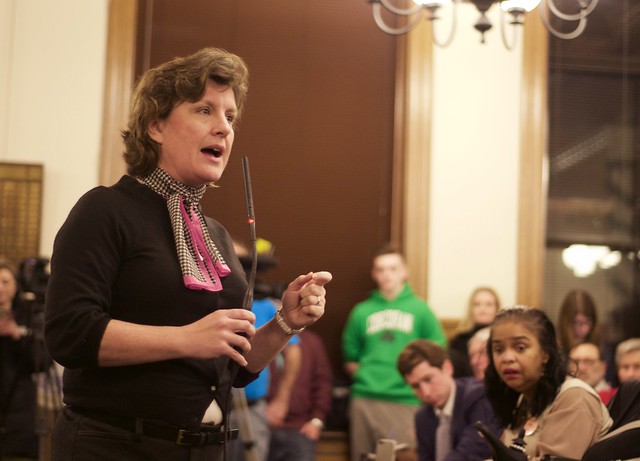 Outgoing Syracuse Mayor Stephanie Miner and Joe Driscoll, the incoming 5th District Common Councilor, hosted a public forum in response to the GOP tax reform efforts. Rep. John Katko, who was not in attendance, was criticized for his vote in support of the House of Representatives tax bill, which, according to many democratic officials, would significantly lower the corporate tax rate and eliminate certain tax deductions for tax payers. The Council chambers were filled to capacity with onlookers standing, and groups of concerned citizens spilled into the hallways adjacent to the space.

Tuesday evening, many in the crowd held signs of protest. The public displays represented a range of causes with the most prevalent advocating for the protection of programs for seniors, and another contingent holding physical representations of their disgust with Katko.

In a personal op-ed written by Katko, he explained why he supported the tax bill. “I supported this legislation for two basic reasons: The vast majority of my constituents will receive a tax cut under this plan, and this effort will allow local businesses to invest in Central New York and our workforce.”

Following the pledge of allegiance led by Agnes McCray, Miner began by thanking all the attendees. 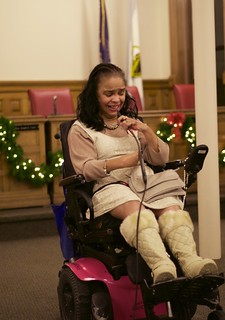 “Times like these are important,” she began, discussing the value of public participation in government. She expressed her concerns with recent government action stating that there has been a “frightening amount of times that governments are rushing,” implying that the actions are purposely covert or, as she described being held “at night.”

Later, Miner connected with attendees saying politicians should be able to talk to the public about their ideas. She shared that politicians have a responsibility to inform those who they represent on how implementation of their ideas will effect residents. Miner further engaged the congregation with the advisement: “If you are upset, you are responsible for changing it,” imploring each listener to speak up for themselves and the community at large.

At the conclusion of Miner’s statements, she passed the microphone to incoming Driscoll, who acted as master of ceremonies for the forum. He described the tax plan as a “tax scam” further calling the bill “an abomination.” One by one, Driscoll called on attendees who wished to speak to come to the front of the room to be heard.

First up was Bill Spreter of the New York State Alliance for Retired Americans who spoke out against the tax bill. Spreter, who was joined by many seniors bearing symbols of protest, spoke of the negative implications to be born out by the federal tax bill focusing on the impacts of the repeal of portions of the Affordable Care Act.

In reaction to Spreter’s words, Driscoll encouraged all to stand in solidarity for the needs of the community, next calling out Katko for voting to support the bill.

“We will remember this,” Driscoll said in reference to Katko’s vote. 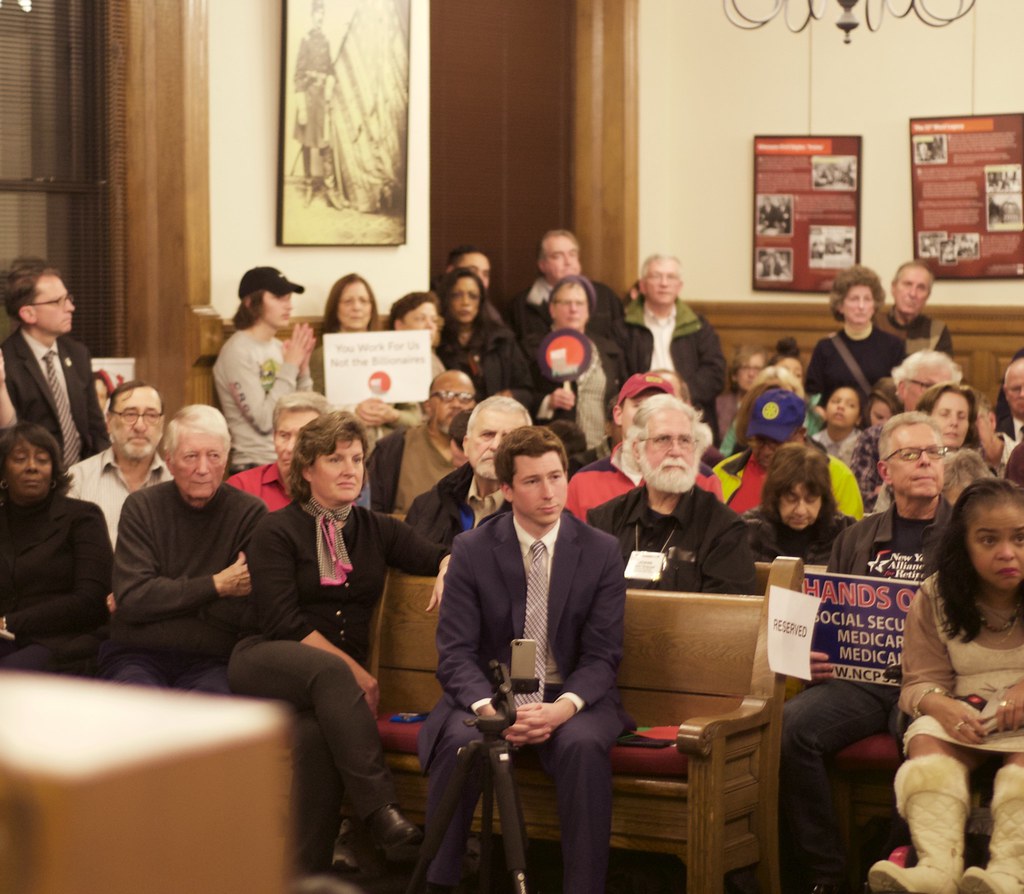 Many were provided the opportunity to speak their minds about the federal tax bill and its component pieces. Among those to speak was Agnes McCray who had led the proceedings with her recitation of the pledge of allegiance. McCray, herself disabled, spoke to the perceived ills of the tax bill that will impact disabled Americans. McCray too asked the citizens present in city hall to speak to representative Katko.

“We will not be deterred,” she said in reference to the disabled population who are vocal against the bill.

Dana Balter, a visiting professor at Syracuse University’s Maxwell School of Citizenship and Public Affairs and candidate who is seeking to unseat Katko with her own bid to represent the 24th District during the midterm elections, called out Katko for supporting a “tax scam.” In her address, she claimed 55 percent of people in the 24th district did not support the federal tax bill.

“I don’t feel Mr. Katko has been representing my interests,” she said.

Those who shared thoughts on the tax bill ranged in age representing students to retirees. Jack Wilson, a SU graduate student, spoke of the tax implications for students and to the bill’s potential impacts on the student loan process. Wilson concluded with a question to the regulators who have developed and supported the bill: “What were they thinking?”

— Article and photos by Jeremiah Howell, The Stand Community Correspondent